Call Of Duty Mobile Review - Boots On The Go

A faithful and robust port with a surprisingly great control scheme.

Translating the speed and precision of Call of Duty's multiplayer to a touch screen sounds like a no-brainer. You want the same high-octane action on the go, and now that most phones support Bluetooth controllers, the issue of virtual buttons and joysticks bogging down the experience is a moot point. It's both curious and surprising then that Call of Duty Mobile not only doesn't make use of more traditional controllers, but that it also doesn't feel like it needs to. Its smart control scheme is core to why this scaled-down version of one of the most popular shooters in the world doesn't make drastic compromises to get there.

Call of Duty Mobile is like a greatest hits tour of the best aspects of the series' console multiplayer. It features the most popular game modes and some of the best maps from Modern Warfare and the first two instalments of Black Ops, faithfully recreated to give you the same sight lines and choke points you're familiar with. It looks great, too. Playing on an iPhone 11, I was surprised at how much detail is packed into each map while the game sticks to a silky-smooth frame rate, only briefly dipping with large amounts of action on the screen or out in the more graphically challenging open environments of the included Battle Royale mode. Weapons feature their signature punchy animations and sound effects, killstreaks retain their destructive glamor, and a variety of cosmetic options keep things from drowning in boring military styles. There's no mistaking it: This is Call of Duty.

It does, however, leave out controller support, despite Android and iOS supporting it widely. Instead you have to use on-screen touch controls, with a handful of buttons and two virtual joysticks controlling the action. First-person games with this type of control scheme have been attempted numerous times, and they've hardly stuck. The inability to continue firing while both moving and adjusting your aim is the issue, typically requiring you to sacrifice one or the other to use a finger to hit the trigger. This is how both Fortnite and PUBG work on mobile, but Call of Duty Mobile gives you numerous options to tweak it for the better.

The default mode removes manual shooting altogether. Instead of tapping a button to fire, it's triggered automatically when you keep your reticle fixed on an enemy for a short amount of time, which is drastically reduced if you're also aiming down the sights. This lets you focus on keeping aim on an opponent at all times without having to temporarily stand still to hit fire, allowing the action in Call of Duty Mobile to remain fast and fluid. Additional options allow you to make minute changes to the controls, too. You can choose which type of weapons use automatic or manual firing (snipers, for example, benefit from more precise firing) and finely adjust how closely you need to be aiming at an enemy to trigger a shot. Its flexibility lets you experiment with what setup suits your playstyle best while keeping everyone using the same input method for balance, and it works really well.

A well-placed action bar at the bottom of the screen and contextual buttons for equipment, like grenades and killstreaks, keeps all your actions within reach, letting you tap them quickly enough to not seriously affect your ability to continue moving and shooting. Battle Royale also includes the same automatic pickup systems featured in Black Ops 4's Blackout, and feels far more suited for this constricted control scheme. Attachments and weapons that outrank those you currently have will automatically be picked up and equipped as you hover over them, while additional ammunition and healing items will be added in the same breath. There are instances where you'll have to dive into your item menu and make quick, small changes to suit your preferences, and navigating this on such a small screen is cumbersome. But for all the potential areas where Call of Duty Mobile might have had a problem with its interface, it approaches the majority of them with smart solutions that let you just focus on the action without worry.

Being free-to-play, Call of Duty Mobile does come with a recognizable suite of microtransactions and blind loot boxes for you to purchase, the majority of which only contain cosmetic items such as weapons and equipment skins. It's typical for the game to bombard you with messages when launched about new in-game currency offers, Battle Pass exclusives, seasonal events, and more, which is frustrating if you're just trying to log in for a quick game. Whenever you earn a loot box through natural progression, you'll be reminded of how much better its contained loot would be had you splurged on the Battle Pass, offering yet another pop-up to route you towards its purchase. Call of Duty Mobile is unrelenting in the way it tries to steer you towards options that require your credit card, but thankfully it has a miniscule impact on gameplay.

Traditional progression governs when you unlock new weapons and equipment, and there's no way to pay money to speed this process up. As you rank up, you'll unlock new custom class slots, tactical equipment, weapons across all classes, and special weapons that you can use in a similar fashion to the hero abilities in Black Ops 4. Where it deviates is with weapon attachments. Each weapon you use has an associated level. The more you use a weapon, the more attachments you unlock for it. Although you can't outright purchase new weapons, you can purchase weapon XP vouchers that can drastically speed up the process of unlocking attachments for them. With just a few you can take a brand-new weapon to its maximum level in a few seconds, circumventing the grinding you'd have to put in otherwise.

This can give you an advantage, as spending money could allow you to more quickly unlock a precise red dot sight to improve your aim or a foregrip to steady your shots. It is easy enough to earn these vouchers through regular play, which mitigates the gap between paying and non-paying players to an extent, but if you're not looking to spend anything you'll have to play a couple of games with a slight disadvantage once you've settled on a new weapon. But once you've reached the maximum level for your preferred weapon, the playing field is entirely even again.

Beyond its messy microtransaction menus and the slight time-saving purchases, there's not much else in Call of Duty Mobile that detracts from its faithful recreation of the exhilarating and fast-paced multiplayer action of the core series. It's flexible and easy-to-use control scheme mitigates the lack of controller support, and its celebration of the best modes and maps the Black Ops and Modern Warfare series have produced makes it a pleasure to line up game after game.

Alessandro kept his boots on the ground while blasting through familiar maps and modes across 12 hours with Call of Duty Mobile. Nuketown is the Baby Park of Call of Duty and yes it's still the best. Review was conducted on an iPhone 11. 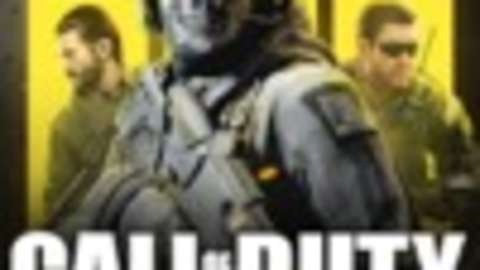