If the Call of Duty franchise is a well-oiled machine, Black Ops III is the replacement part that keeps the wheels moving into yet another year. It introduces minor changes to an established formula, and in some aspects, this is developer Treyarch near its peak. But in other areas, Call of Duty: Black Ops 3 lacks inspiration.

The newest iteration of multiplayer begins on a promising note as Black Ops III's specialists cover the screen. These are the soldiers of humanity's future, clad in titanium alloy armor, brandishing multi-million dollar weapons. They're also Black Ops III's new layer of customization. You still have the traditional loadout system with 10 slots to spend on weapons, items, and equipment--but specialists add a little more nuance.

Each character carries a power weapon or special ability that charge several times over the course of a match. You're forced to choose between the two, though, as only one can be equipped at a time. The Outrider, for instance, can enter fights with the Sparrow compound bow, launching exploding arrows into the enemy team's ranks. On the other hand, she can equip the Vision Pulse ability. As a more cautious player, I preferred this option. It reveals enemy silhouettes through the walls, giving me and my team the drop on nearby attackers and a better sense of the overall situation. This is even more crucial in hardcore matches when motion sensors are absent.

The Outrider is a microcosm of how the specialist system excels. That dichotomy between power weapons and abilities--and the possibilities they reveal--leads to dynamic scenarios from one match to the next. Certain powers work better in specific game types, and shift momentum when used well. And for the first several hours in Black Ops III's multiplayer, I explored as many possibilities as I could.

But that sense of discovery fades with time. Black Ops III grants you access to four specialists out of the gate, and subsequent options unlock at a trickle. By the time I earned Seraph and her one-shot Annihilator handgun at level 22, her two abilities didn't offer enough variety to keep me excited for the next unlock. And when I'm not learning the intricacies of a new character, Black Ops III defaults to a more generic Call of Duty experience.

The proverbial carrot still dangles on a string in front of us--it's just smaller than usual.

This isn't necessarily a bad thing. In fact, Black Ops III's multiplayer offers some of the best map designs in the franchise. Each arena is a confluence of differing sightlines, hectic clash points, and diverse elevations. The new movement system also creates an action/reaction dynamic: you can wall run into capture points, ground slide out of firefights, and clamber over ledges otherwise out of reach. In short, Black Ops III is fluid. It just feels good.

But its lack of variety after about 10 hours erases much of the excitement present at the beginning. The normal experience-based progression is still here, and the variety of unlockable weapons and equipment may be enough to keep many players pushing forward. But it wasn't for me. The proverbial carrot still dangles front of us--it's just smaller than usual.

Any sense of continuation in the multiplayer, of maintaining a familiar franchise balance, evaporates completely in Black Ops III's new Zombies map, Shadows of Evil. Imagine a fictional city in the 1940s populated by Cthulhu monsters and slipspace portals. The four characters--played by Jeff Goldblum, Ron Perlman, Heather Graham, and Neal McDonough--round out a hardboiled cast straight from the noir novels of Raymond Chandler. Picture them firing augmented weapons into a crowd of shambling corpses to the sound of a languid alto saxophone. Make no mistake: this new take on Zombies is bizarre. It's also fantastic.

Experimentation pushes things forward as four friends claw their way through hordes of undead. There's a looming sense of mystery as you decide which doors to unlock next, which weapons prove most effective, and what that glowing green plant does. The difficulty is high here: I seldom made it past round 4 in my first 10 attempts.

But Zombies, now more than ever, is a learning experience. And seeing the tangible results of your experience in the alleyways of this strange world is a reward in itself. By the time I began reaching wave 20 and higher, I felt like a veteran. There's a sense of mastery that has always come with Zombies, and it's stronger here than ever before.

The undead horde has also wandered its way into another game mode. It's called Nightmares, and it unlocks once you've beaten the campaign. In essence, Treyarch has recycled Black Ops III campaign missions--level design, objectives, character animations, and all--but now with zombies, and a grim voiceover from an unnamed character. Believe it or not, this works. There's a slower pace to the missions here. Treyarch takes its time to let things develop. And in reimagining the story to center around a zombie infection, Treyarch has created something magnitudes better than its vanilla campaign.

The traditional campaign mode, however, is a chore. It's a boring crawl through routine shooter fare. After an early torture scene--which has become something of a staple in the Black Ops universe--you're soon mowing through waves of enemies as you're funneled through linear pathways on the way to your next objective. There are some deviations from this pattern: on-rail aerial dogfights, extensive turret sequences, and underwater escapes, to name a few. But I was on auto-pilot by the fifth mission, settled into a continual routine of "aim, shoot, reload, repeat."

There are fleeting moments when Black Ops III's cybernetic modifications change the way you play. These abilities let you control enemy drones, stun human opponents, or set fire to robots' internal systems. The powers would be more impactful, though, if there wasn't such a lack of enemy variety. Aside from flying drones and the occasional mech mini-boss, enemy variants just require differing numbers of bullets to take down. And when you're using them on such a repetitive group of targets, who react the same way every time, the abilities lose their novelty.

By the fifth mission, I had settled into that continual routine of "aim, shoot, reload, repeat."

Although Black Ops III offers the option to play the campaign cooperatively, its problems only multiply as a result. Instead of creating deeper scenarios involving teamwork and communication between up to four players, Black Ops III decides to just throw more hardened enemies at you. One Warlord--an enemy that requires several magazines to bring down--is bothersome enough. Four of them together is downright frustrating. They feel more like brick walls than sentient soldiers.

Black Ops III's narrative doesn't support the campaign in any meaningful way, either. It tells an incomprehensible story about AI ascendancy and the moral grays of a hyper-connected future, raising intriguing questions but never bothering to answer them. At the end of it all, after hours of soulless shooting and unremarkable storytelling, Black Ops III delivered its nebulous twist, and I didn't dwell on it.

In its undead modes, and the first 10 hours of multiplayer, it excels. But in its campaign, it merely crawls forward. Black Ops III doesn't offer anything remarkable to the series, but does just enough to maintain the Call of Duty status quo. The franchise, however slowly, continues its inexorable march.

Mike Mahardy still remembers how good the first Black Ops was. He hopes someone can bottle that lightning again. 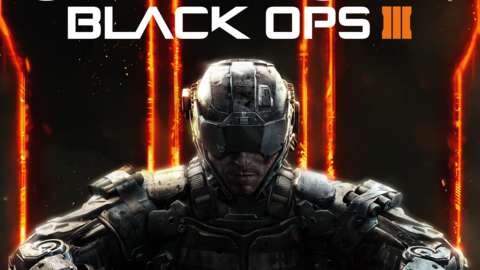 Call of Duty: Black Ops 3 is a dark, gritty future where a new breed of Black Ops Soldier emerges and the lines are blurred between our own humanity and the cutting-edge military robotics that define the future of combat.