Caesars Palace is an adequate adaptation of casino gambling.

Interplay's Caesars Palace does a fair job representing a handful of casino games, with accurate play and statistics that certainly feel about right - plan on steadily losing a fortune, just like in the real thing. Baccarat, blackjack, craps, roulette, and slot machines, as well as tutorials for each, are all part of the package. For the most part, the look and feel of real casino gambling is there, from the slot machines' quarter slots, fruits, and bars, to the expansive and detailed felt of the craps table. Unfortunately, roulette and slots are such simple, straightforward games in the real world that no video game adaptation could possibly hold player interest for very long. The other games are flawed in key areas that dramatically stunt the game's replay value. In any case, most players won't stay at the tables long enough to parley their $1000 into a cool million.

Baccarat features standard even money bets, 8-to-1 tie bets, 5 percent tip to the house when winning a banker hand, and astronomical stakes just like in the movies - the minimum bet is $1000. Since that's also the amount of cash Caesars Palace starts you out with, plan on raising money at some other game before coming to the baccarat table. Blackjack is standard Reno rules, with 2-to-1 insurance, splitting any pair, and the dealer always hitting 16 and standing on soft 17. Unfortunately, both of these games are plagued with cards that are all but unreadable. The white card faces are so bright, and the cards are so small - with suits and numbers printed smaller, in turn - that even after adjusting the screen's brightness and sharpness, the games are extremely frustrating to play since only the face cards are readily discernible.

Craps has one of the worst voice-overs in gaming, which is too bad, since that's one of the best parts of the real game. Instead of calling nines "field goals," recommending C&E's, reminding us that "seven come eleven come again," and having a gravelly voice that must have spent some time in the joint, Caesars Palace's craps table features a voice-over actor that sounds like a mild-mannered Alan Alda that says things like "Bet changing time!" and calls numbers with a slow deliberation that makes you think he's having trouble with the math: "…the result…is…five." More importantly, though, is the counterintuitive nature of control. The fact is, it took me half an hour of moving around the table pushing the help button to figure out how to make a simple odds bet on the pass line. The tutorial explained only the basics of craps betting, not specific bets as they are made in the video game version. The booklet was almost useless. I eventually did figure it out - it looked like placing a second pass line bet for another player, whereas in most PC casino games it either looks like setting chips on your original bet (go figure) or like placing chips behind the pass line itself, like you would in real life. Sure, all games have a learning curve, but it shouldn't take that long to uncover one of the most commonly placed - and best returning - bets on the table.

The game offers tutorials for each game except the slot machines. (If you can't figure those out, you shouldn't even be in a casino, even one that doesn't use real money.) They're great as introductions to the games for first-timers, but they don't offer any insight into the video game adaptations. The craps tutorial will explain to you what a hardways bet is, but it won't tell you what it pays or how to use the controller to place one. If you can't figure out how to place a $5 "Yo" while you're playing the game, neither the tutorial nor the manual will be of much help.

Caesars Palace is an adequate adaptation of casino gambling. It's a safe way to learn the basics of several games. It's a shame that a few marginal errors make the fun so short-lived. If you are new to gambling, this game is a pretty good way to get started, but you may need a book or a gambling FAQ for more complex games like craps. If you are a gambling enthusiast, certainly rent this one before you pick it up. 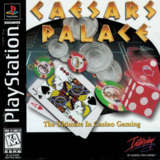 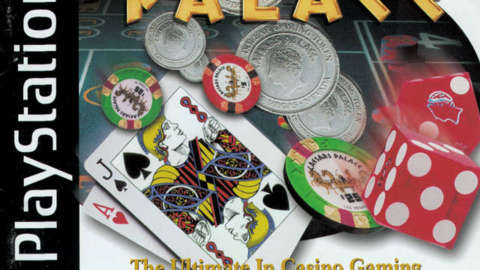 Caesars Palace is an adequate adaptation of casino gambling.