It's hard to believe that Konami would release yet another sorry game with the Contra name on it.

After the last Contra game, which in case you've blocked it from your memory was a terrible failure, you'd think that Konami would have the sense to put together a decent follow-up in an attempt to right its past wrongs. But this is not the case. Appaloosa Interactive has managed to develop a game that, in some ways, is even worse than Legacy of War.

The game is played from two perspectives. The first is an attempt to return to the side-scrolling ways of old-school Contra. The camera occasionally does some funny stuff to make it seem 3D, much like Pandemonium. The other mode is a top-down perspective similar to Legacy of War. The game's weaponry lacks any significant punch, partially due to the terrible sound effects, but the shots also don't look very impressive. The spread gun is still effective but doesn't look or sound as fearsome as it should.

The graphics in the game are just plain bad. From the opening title screen, that looks like it came from a fourth-grade art class, to the blocky polygonal characters and ugly sprite-based explosions, nothing looks good. The music sounds like the guy that makes all the music for the Charlie Brown specials was told to write war tunes, and the shots, screams, and explosions that make up the effects are all very drab.

Most of the game's levels are played from the top-down perspective, which, unfortunately, is the weaker of the two perspectives. Of course, the side-scrolling levels aren't exactly great, either. So what you're left with is a bad shooter that doesn't even resemble a Contra game most of the time. You can hold multiple weapons and take more than one hit before dying, and you also have smart bombs.

It's hard to believe that Konami would release yet another sorry game with the Contra name on it. You would think it would have learned from Legacy of War and put more effort into the next game. If you want to play a good Contra game, pull out your NES or SNES. There's really nothing in this game worth checking out. 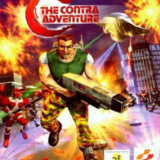 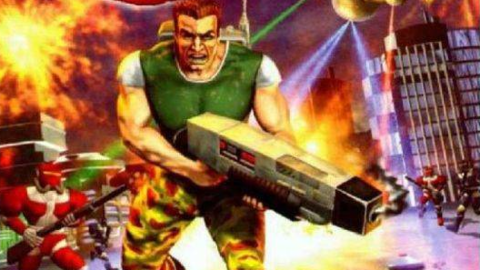 It's hard to believe that Konami would release yet another sorry game with the Contra name on it.