Acclaim's presentation of Taito's masterpiece is a nice nostalgic diversion for gamers who remember the stand-up version, and because it's easy to learn.

Look up "addictive" in a dictionary of gaming terminology, and you'll likely find Taito's Bust A Move 2 listed with other time-wasting puzzle greats such as Baku Baku, Lemmings, and Tetris. It may be a little late for this classic to be rearing its head on another home system, but slight improvements over the PlayStation version as well as satisfying gameplay still make this one a worthwhile purchase for puzzle-game fans.

Bust A Move 2 takes its cue from Tetris, replacing the familiar patterned blocks with colored bubbles and letting you make the shots this time. In the game, the player shoots his or her bubbles up to a cluster of similarly colored bubbles, thereby eliminating that cluster. Three other variables make this general rule more interesting: a) Anything singularly attached to a "popped" cluster falls into the abyss, and b) Bubbles can be shot from a wide variety of angles and rebounded off walls. The fact that Bust A Move 2 requires not just strategic thinking, but also sharp aim, is what sets it apart and makes it addictive.

In Bust A Move 2's single-player mode, the player solves a series of "puzzle" levels, which get more complex as the game progresses. The game also offers a multiplayer mode where opponents can send death clusters to the other side if enough bubbles are dropped.

The Nintendo controller seems to adapt well to Bust A Move's gameplay. Besides being able to use either stick or D-pad for aiming, the programmers who ported the game to the Nintendo added the feature allowing the gun to be nudged slightly left or right with the L and R buttons. This inevitably makes more difficult bank shots a lot less frustrating.

Graphics are simple in Bust A Move 2, but they still keep things interesting. The frames of animation exceed those of the PlayStation version, making the game's weird winking bubbles and exploding clusters close to arcade quality. In fact, if you can block out the silly storyboard animation sequences and awkward backgrounds, playing Bust A Move 2 for the N64 is pretty close to having the stand-up version at home.

Bust A Move 2 is another puzzle game, true, but one that every puzzle fanatic who hasn't tried it should try. Acclaim's presentation of Taito's masterpiece is a nice nostalgic diversion for gamers who remember the stand-up version, and because it's easy to learn, it's a totally addicting game even for the inexperienced. 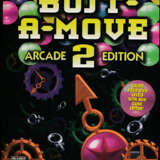 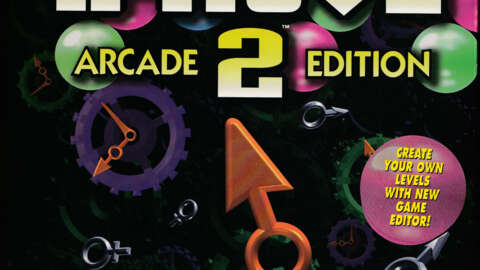