Forget life meters, combos, and all that three-round rot. Here comes Bushido Blade, a straightforward fighting game that totally redefines the genre. Bushido Blade is a bold undertaking, but a remarkably successful one - it's fresh, unique, and could never have happened without today's technology.

Bushido Blade opens with a stunning sword demonstration, and the game's visual integrity becomes obvious within seconds. The game's graphics, while not the sharpest or fastest, are the most detailed ever seen in a polygonal fighter, and, at a consistent 30 frames per second, rank among the smoothest in existence. The soundtrack, which combines traditional Japanese instrumentation with a fast-paced, modern rhythm section, is also striking. While the in-game speech is somewhat limited, the sounds of each battle are dazzling in their variety. The game's most remarkable feature, however, is each stage's continuous fighting environment. For instance, you can race through the snow (leaving tracks in your wake) past a garden and over a wooden bridge to the village beyond, then leap into a mud hole and race your way to the train station, where you can escape into an underground river and clean yourself off. Did I mention you're battling all this time? A brief load time separates the different areas of town, but it hardly detracts from the experience.

Of course, running around isn't what Bushido Blade's all about. You choose from six honorable samurai warriors and select from the following eight classical weapons: katana, rapier, naginata (Japanese polearm), broadsword, war hammer, short sword, nodachi (Japanese long sword), and saber. Each battle-hardened fighter is proficient with at least one weapon, though you can use any. Once armed, you can switch among high, middle, and low combat stances at will and attack in at least three different fashions. Different weapons demand different strategies; the lightweight katana is ideal for midlevel slashes, while the hammer is best for crushing overhead blows. You can parry the opponent's attack, attempt to counter it, or swing right through it, but defending will only take you so far; the moment a clean hit connects, it's all over. This is Bushido Blade's most exciting and preposterous feature, destined to earn it just as many fans as detractors - each match consists of one round, and if you survive an enemy's attack, consider yourself lucky.

Of course, you needn't go straight for the kill every time - consider laming your opponent (the legs make easy targets) or slashing his arm (he will continue fighting one-handed). The story mode reflects damage from match to match, with bloody bandages on your character and more. But as good as Bushido Blade is, there's still some room for improvement. For instance, the fighter will never drop his weapon. Likewise, though the swordsman's arm or leg may be injured, it is impossible to damage both. Not to mention that grappling of any kind is conspicuously absent.

Bushido Blade also features a number of very cool gameplay options. These include a terrifyingly well-done first-person battle mode (complete with two-player linkup) and the option to toggle between winter and spring settings for various backdrops. Each fight also has a number of dramatic outcomes, namely the different death throes that change with each killing blow, which are nothing short of awesome. Combined with the selection of stylish fighters and weapons, the replay value in this title is vast. Hard-core fighting-game fans should consider Bushido Blade a welcome breath of fresh air; it's a vastly different combat experience that makes for one of the classiest, most serious fighting games ever. 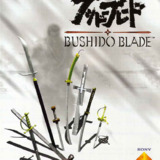 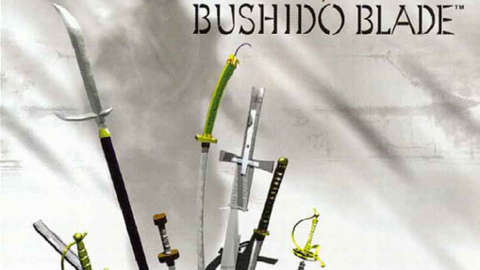