If you've ever watched a Bugs Bunny cartoon, you know that he basically meanders about, stirring up trouble wherever he goes. Unfortunately, most games starring the infamous rabbit have placed him in a static environment. Instead of limiting him to any one scenario, Lost in Time has instead opened the door for endless possibilities within time itself and, as such, has accurately captured the spirit the Looney Tunes rabbit is known for.

The plot is relatively simple: Bugs has taken a wrong turn (yes, at Albuquerque) and accidentally jumped aboard a time machine. In his history-spanning travels he comes across Merlin, who explains that Bugs must fetch numerous clocks and golden carrots to return to the present. This adventure will lead him through all the important time periods: the Stone Age, the medieval period, the pirate years, the 1930s, as well as to Planet X, of course. While collecting the items, he'll run into all his important enemies - Elmer Fudd, Yosemite Sam, Witch Hazel, and Marvin the Martian, to name a few. More importantly, you'll be able to relive classic Looney Tunes skits as the game features numerous re-creations of everyone's favorite cartoon scenarios.

Instead of making you start at one level and proceed in a linear fashion, the game has clocks and golden carrots that can be redeemed to open up levels across the six different time periods that Bugs has access to. This keeps the gameplay very fresh, as it's possible to get clocks and golden carrots from whichever level you choose in order to open further levels. Once you complete a level, Merlin gives you a rundown in which he shows you whether you've opened any other levels. At this time, new levels are explained with humorous cutscenes.

This game accomplishes a lot with its graphics. While they're not perfect, they're nice and represent the Looney Tunes style well. All the characters are instantly recognizable, and instead of inventing any characters, the developers have instead used the more-popular bit characters from the cartoons. The frame rate suffers at times, and there is a considerable amount of pop-up, but most of this is easily ignored in the light of the gameplay. All the characters in the game are voiced by the official Warner Bros. voices, and the speech is a nice touch. The music is well done, representing the period you're currently playing. However, it's obvious that corners were cut, as Bugs only reacts in one of two ways to gaining a clock, and Merlin always says the same thing after a level.

The gameplay really makes this game shine. Getting through a level or finding items usually revolves around solving puzzles. And while these puzzles are certainly time-consuming, most of them are simple and require no real thought to figure out. Still, they add to the fun of completing a level and keep the game from just focusing on jumping from platform to platform. Jumping becomes second nature once you learn to use the camera rotation to your benefit, and the game keeps you from feeling robbed by a cheap death by eliminating the use of lives altogether. You're simply given a bottomless pit of attempts, and planted at the last save point if you happen to die. While the game has its problems, it's still a literal ton of fun to drop anvils on Witch Hazel or dodge Marvin's Subspace Thermal Modulator. There are several cool deviations from the standard "jump and find" fare of a platformer, such as a drawn-out chase scene that has you driving cars, riding unicycles, and even straddling sheep as you attempt to escape; or a race between you and Daffy, where you flip as many hunting-season signs as you can before the timer expires.

I was pleasantly surprised by the sheer originality of the game, and I wasn't phased by hours upon hours of play. Never did I have the desire to turn it off or to find something better to do. In fact, the only frustration I had with this game was in finding some of the better-hidden clocks or figuring out how to dispose of a boss. This game really does a great job of capturing the wacky humor that Looney Tunes is so famous for and, as such, is a whole lot of fun. 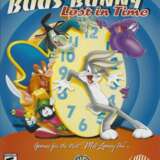 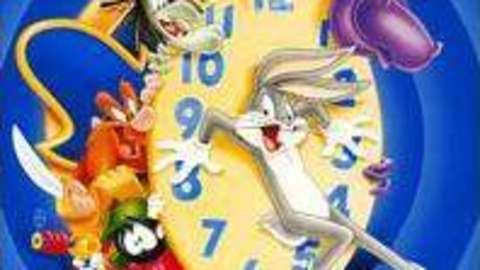 7.9
Sign In to rate Bugs Bunny: Lost in Time