Bugs & Taz: Time Busters does an excellent job of capturing the humor and personality that the Looney Tunes franchise embodies.

Time is out of order - and it's all Daffy's fault! When a routine pest control call turns ugly, Daffy panics and breaks Granny's time regulator, throwing himself and a number of other Looney Tunes characters into the distant past. In Infogrames' Bugs & Taz: Time Busters, it's up to Bugs Bunny and the Tasmanian Devil to recover the time crystal, rescue their missing friends, and teach Daffy a lesson he'll never forget.To do it, this unlikely pair will travel through four different eras, partake in 16 unique minigames, and recover a whopping 5,000 gear fragments. The premise may reek of Bugs Bunny: Lost in Time, but the sheer depth and variety makes Time Busters an original in its own right.

Bugs Bunny & Taz: Time Busters isn't your average cartoon-inspired 3D action game. Unlike the 100-percent exploratory nature of most 3D platform games, Time Busters constantly alternates between a number of effective gameplay elements. The game's core quest is a 3D adventure where you'll cycle between Bugs and Taz in order to solve puzzles, gather gear fragments, and rescue cartoon characters. Although there are only four distinct areas throughout the game, they all contain between three and five sublevels, as well as a number of fun minigames, such as soccer, dancing, or bobsledding. A major boss marks the end of each area - time-warped versions of Yosemite Sam, Elmer Fudd, Babba Chop, and Count Bloodcount. Switching between Bugs and Taz is essential to completing Granny's mission, as each brings his own unique set of abilities to the table. Bugs can jump high, hover, and roll his way through obstacles, while Taz is best used for lifting heavy objects or tornado-spinning his way past enemies. Additionally, the game's two-player mode even allows two friends to play cooperatively, one as Bugs and one as Taz. If there's any complaint that you might have about Time Busters, it's that it's far too easy, but some allowances can be made depending on the age of the intended player. Adults may find the game a fun weekend romp, while children will discover many, many hours of enjoyment wrapped up in its two remarkably dissimilar characters.

Half of any cartoon-based video game's success is how it looks, specifically how well the character designs and environments convey the feeling of an actual Saturday morning animated short. To this end, Time Busters satisfies all major criteria with only a smattering of minor problems. The character models for Bugs and Taz are faithful to their animated counterparts in every conceivable way, from poise and gait to little things such as facial expressions and arm waving. Bugs will make faces or nibble a carrot from time to time, while Taz can be put through all sorts of fun contortions with a simple tap of the circle button. Furthermore, the environments they occupy continue the illusion that you're playing inside a Looney Tunes cartoon. The game's Aztec, Viking, Arabian, and Transylvanian areas all resemble the same locales that generations of Bugs Bunny fans have witnessed the cotton-tailed hero visit in his own animated quests. Similarly, each level has its own unique selection of interlopers and indigenous inhabitants, ranging from generic soldiers and bit-part characters to such big names as Elmer Fudd and Yosemite Sam. Some sublevels, namely the game's six tomb and temple areas, aren't as detailed as the other 40 or so settings, and there is a fair amount of draw-in when observing distant objects.

Surprisingly, the one area where Time Busters falters is the one you wouldn't expect it to - sound. Ambient '50s-era music makes up the majority of the game's soundtrack, but it never really sets a mood that's appropriate to the time period or geographic location in question. There's a great deal of character speech and verbal interaction, especially during the lengthier FMV snippets, but the usually vocal Bugs is disturbingly quiet a great deal of the time. If not for footsteps and the occasional yell, all you'd ever hear is the steady flow of a stream or the ramblings of an errant monkey. To be blunt, the game's auditory excitement level could be higher.

Despite its ineffectual audio, Bugs & Taz: Time Busters does an excellent job of capturing the humor and personality that the Looney Tunes franchise embodies. Fans of Lost in Time will have a wonderful time with the sequel, while previous holdouts may find just enough excitement in the dual-persona feature to warrant an impulse purchase. Children, on the other hand, are going to eat this game up. 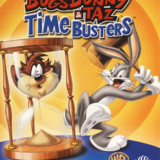 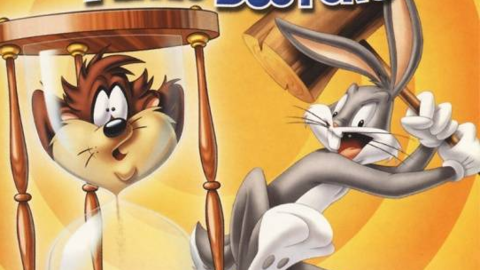 Bugs & Taz: Time Busters does an excellent job of capturing the humor and personality that the Looney Tunes franchise embodies.