Buffy the Vampire Slayer on the GBA has little in common with the popular TV series it's based on, and it's a bad game to boot.

It shouldn't come as much of a surprise that THQ has brought Buffy the Vampire Slayer to the Game Boy Advance as a side-scrolling action game. The fact is, many of the TV and movie licenses that come to the GBA do so as two-dimensional beat-'em-ups. While this sort of design is as old as electronic gaming itself, there's still significant demand for well-made action games that capture the abilities and personalities of characters we're all familiar with. In the case of Buffy the Vampire Slayer, THQ missed the mark entirely. The design is as generic as could be, many of the puzzles and jumping tasks are frustrating or downright unfair, and the only aspects linking the game to the show are the weapons you have access to and the still-frame cutscenes that appear in between each level.

The story centers on Buffy's efforts to stop a group of demons from freeing a creature known as the Darkhul King from his imprisonment inside an old temple. If released, the Darkhul King will have the power to resurrect all the demons and monsters that Buffy has defeated in the past. The events in the game take place during the fourth season of the television show, so you'll encounter fan-favorite villains specific to that time period, in addition to the stock set of demons and vampires that form the heart of the Darkhul King's forces. The gang of voice stealers known as the Gentlemen makes an appearance, as does the mischievous behemoth Adam.

You play throughout the game as Buffy. Even though Giles, Willow, Xander, and the rest of the gang appear during cutscenes, you won't see any of them during the actual gameplay. Willow's spellcasting abilities would have been nice to have had at your disposal, but Buffy's arsenal is more than sufficient for what THQ has set in front of her. Using the GBA's two face buttons, you can execute punches, kicks, and throws. The shoulder buttons allow you to block and jump. Every enemy behaves the same. When a monster sees Buffy, it will run up and try to execute an attack--usually a punch or a head butt. Nine times out of 10, you can defeat an enemy by first kicking it in the shins and then finishing it off with a few more punches or kicks. Sometimes, an enemy will punch through your attack while recovering from a previous hit. You can't do anything about this other than block, so it's just something else to deal with.

Since many of the creatures in the game are vampires, not all the enemies you defeat disappear when you knock them down. In these instances, you can either jump over the enemy and keep going, or bring up the weapons menu and drive a stake through the enemy's heart. This adds a hint of Buffy flavoring to the game, but it becomes quite boring after you drive a stake into an unconscious monster for the umpteenth time. The developers also tried to add a twist to the gameplay by giving you the opportunity to avoid combat altogether by using Buffy's double-jump ability to leap over enemies, but this backfires, since there are so few cases where you need to retrace your steps through previously visited areas. There's no incentive to duke it out with every one of the game's enemies, so most levels are just a boring trek past a few spike pits and enemies on your way to the exit.

In addition to the standard set of attacks, there are weapons hidden within each level that you can collect and use. Many of these weapons--such as stakes, crosses, and holy water--fit in perfectly with the underlying theme of the show. Some of them, namely the throwing axe and flamethrower, are just plain fun to use. In all, there are 16 different weapons, some of which can be combined together to form other weapons. For example, if you put together the torch with the dagger, you can create a flaming dagger. While these weapons are supposed to add variety and excitement to the game, they really don't, for the reasons explained in the previous paragraph--there are few instances where you actually need to use them. At the same time, each weapon has a very limited number of uses or shots, limiting your ability to just cut loose and enjoy yourself.

With combat pretty much cut out of the equation, what's left over is a fairly standard platform jumping adventure fraught with a litany of bad design decisions. When you come to a ledge that you need to leap off, you're usually forced to guess just how far you need to jump in order to land safely. There are a number of landings and hazards located outside of your field of vision, so it's pretty common to miss a landing entirely or bump into an enemy just because you couldn't see him or her until it was too late. The ability to pan the screen a little to the left or right would have been a significant improvement. At the same time, many of the spike pits and traps that you can see are made doubly frustrating by the game's controls. In order to clear some of these obstacles, you need to perform a double jump while running. This means that you need to double-tap the control pad and then push the right shoulder button twice in quick succession. There is no margin for error, so if the system doesn't register one of your commands, you've lost a life and have to start the entire level all over again.

Despite the poorly placed traps, the frustrating controls, and the dull layout of most of the levels, Buffy the Vampire Slayer is a game that you can play through rather quickly. On the normal difficulty setting, you can breeze through all 16 levels in just over an hour. The hard mode switches around a few cave entrances and changes most of the puzzle solutions, but it can be completed in an afternoon. Once you've beaten the game, there's nothing else to do. There aren't any additional modes or extras to unlock, and there certainly isn't much reason to replay the game a second time.

Although the graphics and audio don't help the game's cause, they don't necessarily harm it. The backgrounds are colorful and feature a fair amount of detail, even if some earlier locations are repeated later in the game. The Buffy character sprite is on the small side, but you can at least see that she's wearing clothing taken directly from the TV show. The animation is fairly smooth as well. As for the audio, the music is the highlight, with tunes that are eerily similar to those found in Konami's Castlevania series. The sound effects are nothing special, but they get the job done.

All in all, THQ dropped the ball with Buffy the Vampire Slayer for the Game Boy Advance. The game itself is a generic and frustrating side scroller that could have been much better had it spent a few more weeks in development. Likewise, more work should have gone into tying the game into the television show. There's nothing uniquely Buffy about the game, and that makes playing it that much more painful. 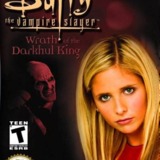 Buffy the Vampire Slayer: Wrath of the Darkhul King
Follow
$129.99 on Walmart
Buy 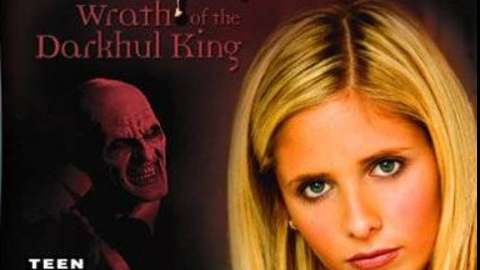 Buffy the Vampire Slayer: Wrath of the Darkhul King

Buffy the Vampire Slayer on the GBA has little in common with the popular TV series it's based on, and it's a bad game to boot.

5.1
Sign In to rate Buffy the Vampire Slayer: Wrath of the Darkhul King