Buffy the Vampire Slayer is a terrific action game that has a great mix of multiple gameplay types and a great story.

Buffy the Vampire Slayer for the Xbox is a terrific action-game interpretation of the popular television show of the same name, and it will please both Buffy fans and anyone who enjoys good action games. The game's main strength is in the way it seamlessly delivers both fighting-game-style combat and puzzle solving while telling a great story using in-game cinemas.

Buffy the Vampire Slayer's storyline is based on the television show and features all the same characters and locations. It even features the voices of the show's prominent cast members, except for the lead, Sarah Michelle Gellar. Die-hard Buffy fans will no doubt recognize that some of the story elements in the game are based upon events that took place during the third season of the show, so characters such as The Master make an appearance and Buffy's relationship with the vampire Spike is less friendly than it's been in the more recent episodes. For those unfamiliar with the television show, you play through the game as Buffy Summers, a normal teenage girl who's been chosen to protect the world from evil. The game's story doesn't require any previous knowledge of the television show, as it does a decent job of setting the stage before launching you into the action. The basic premise is that Buffy has to prevent a group of especially nasty vampires from reincarnating an incredibly powerful adversary that Buffy narrowly defeated once before.

The gameplay in Buffy is a seamless mix of fighting-game-like combat and light puzzle solving that is set in fairly large 3D environments. The fighting system is a perfect fit for Buffy, since it's perfectly suited to both casual players who just want to pick the game up and play and advanced players who want to perform impressively stylized special moves. The system instructs you as you go along by displaying onscreen commands that teach you how to perform any new moves that Buffy has learned. The fighting system also works especially well when Buffy has to face multiple enemies at once. You can target specific enemies and punch, kick, or even use weapons to defeat them. You'll find a number of weapons throughout the levels in the game, including baseball bats, rakes, stakes, and all kinds of other stuff that Buffy can use to beat and stab her opponents. In some areas of the game, Buffy can even pick up projectile weapons, like a crossbow that she can use to dispatch vampires from a distance. The controls are smooth and precise and work extremely well. Anyone familiar with fighting games will feel right at home when performing Buffy's various special moves, as the controller inputs required to execute them are very similar to the special-move commands found in most fighting games. Every enemy you encounter has an onscreen life bar. Punching and kicking those enemies will deplete their life bars, but a good stake through the heart is the only way to put them down for good. The other interesting thing about the game's combat is your ability to catch lesser enemies with a stake in the chest long before you deplete their life bar, ending the fight almost immediately. Dispatching an enemy will give Buffy a bit of life force, which is necessary since you'll have to face numerous enemies throughout each level. The puzzle solving is mostly limited to finding objects and then using or placing them in the correct location. The best part is that the game never really forces you to hunt for objects--everything is very straightforward and the focus of the gameplay is kept on the action.

Visually, Buffy the Vampire Slayer is an impressive-looking Xbox game. The character models are fantastic-looking interpretations of the show's cast members. Buffy's face looks especially impressive, as it sports numerous facial animations and really conveys her feelings when she speaks. The environments are extremely rich in detail and feature a ton of appropriate objects. The levels range from dark underground caverns to suburban settings that fans will recognize from the show, such as Buffy's high school. Lighting effects are used very effectively in the game to highlight some of the supernatural orbs of light and torches. You'll also see some good use of particle effects when objects break or ceilings collapse.

In the audio department, Buffy the Vampire Slayer has a ton going for it. All the actors and actresses from the show sound great, and the sound-alike used for Buffy is also really good. The game features tons and tons of well-written dialogue that almost perfectly matches the tongue-in-cheek style of writing found in the show. The music appropriately ramps up when there is an action sequence unfolding and slows down to an eerie ambient track when you're simply making your way through the environments. All the music in the game is nicely done and perfectly fits the style of the show.

In the end, Buffy the Vampire Slayer is a terrific action game that has a great mix of multiple gameplay types and a great story. The game's straightforward design rarely gets you lost and always keeps the focus on the game's fighting action. You never feel as though you've been fighting for too long, looking for puzzle objects for too long, or even watching cutscenes too much. The game's balance between the three, along with its great presentation, really does keep it refreshing all the way through. 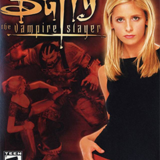 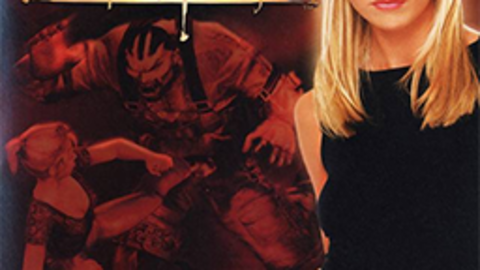 Buffy the Vampire Slayer is a terrific action game that has a great mix of multiple gameplay types and a great story.