An extremely realistic bowling title, complete with some of the best big-money bowlers in the world today.

Bowling. A sport that depends more on talent and raw wrist power than actual physical conditioning. A sport that can be so laid back that there's even a section of it that involves buying beer. While THQ can't bring you a six-pack should you throw a strike on the seventh frame, it does manage to deliver an extremely realistic bowling title, complete with some of the best big-money bowlers in the world today.

To start, you can create your own bowler or simply choose one of the 13 Brunswick Pro Staff bowlers in the game. Each bowler has a little video clip (similar to THQ's wrestling game, WCW Nitro) that proclaims how much of a badass he is. These clips provide the most hilarious gaming moments in recent memory. Each video is chock-full of bad reads, funny-looking bowler types, and poorly conveyed braggadocio.

There are a few different gameplay modes to choose from. Exhibition games get you going quickly, with no strings attached. Just pick a bowler and get on with it. Other modes include the skins game, the tournament, career mode, and cosmic bowling, which turns the lanes into a discotheque. The lane is realistically oiled, which forces you to move around the lane and vary your rolls as conditions change, but this doesn't really make the game terribly hard. Expect to bowl around 150 within your first two games.

The graphics are much more than you'd expect from a bowling game. There are tons of different camera angles, which are automatically selected on each roll of the ball. The players look like their real-life counterparts and are fairly well animated. The music in Brunswick is surprisingly good. The music changes on each frame. The sound effects are also very well done.

All in all, Brunswick Circuit Pro Bowling is a pretty good game. It isn't the type of game you'll play every day, unless you're some kind of bowling nut. Even if you aren't a bowling fan, and couldn't care less about this game, you really should see the video clips at least once. They're incredibly funny. 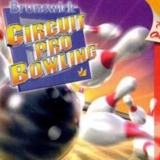 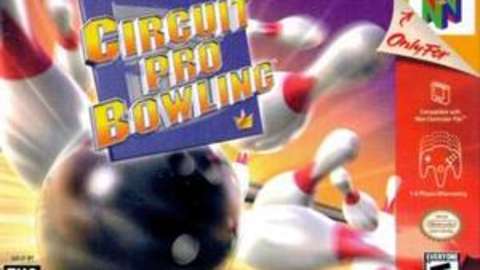 Even if you aren't a bowling fan, and couldn't care less about this game, you really should see the video clips at least once.