Brothers in Arms D-Day is based on a couple of great tactical shooters, but it suffers crippling losses in translation from consoles to the PSP.

Remember that time last March when you and your squad fought the Nazis in France in Brothers in Arms: Road to Hill 30? How about seven months later, when you pretty much did the same thing in Brothers in Arms: Earned in Blood? Do you want to do it over again, but this time with controls ill-suited for the task? If you answered "yes" to these questions, then Brothers in Arms D-Day for the PlayStation Portable is for you. Everyone else will want to avoid D-Day because of its rehashed gameplay and poor controls, which make the game feel like just another console-to-PSP hack job where the makers of the game were just trying to make a quick buck.

If you've played the Brothers in Arms games before, D-Day will feel very familiar because it's essentially content from previous games remixed into a "new" game. You control Matt Baker and Joe Hartsock as they lead their squad, your "brothers in arms," through the French countryside. What was once an interesting and sometimes touching story on consoles is a mess here. If you've never played any of the other games before you're not likely to care about any of your squadmates, and it's hard to figure out just who is who.

D-Day's missions are culled from the previous two Brothers in Arms games, and while there are some changes here and there, anyone who has played the games before will have little trouble getting through them. Like in Call of Duty, you don't have a health bar, but you can die if you don't seek shelter to recover after getting shot. The levels aren't particularly long, and the game uses a checkpoint system, so you don't have to play an entire level over if you die...unless you turn the system off, and then you're forced to start from the beginning of the chapter. A skirmish mode is available for both single and co-op play (ad hoc only). There's really not much to it--you kill as many guys as you can, or try to survive as long as possible. If you're really looking for a challenge you can try to complete all 12 of the skirmish missions with just one life.

It's tough enough to get a first-person shooter to control reasonably well on the PSP, but Brothers in Arms has the additional challenge of being a squad-based first-person shooter, so in addition to controlling your soldier, you've got other people to lead. There are two control schemes available, but neither one is ideal. Since the face buttons are used in the default scheme to give orders, raise your weapon, and toss grenades (which are completely worthless), there's no easy way to look around. The advanced controls allow you to easily look left and right by pressing the square and circle buttons, which is nice but creates other button-mapping problems. The controls really get convoluted when you start ordering other soldiers to take a position or give cover fire. You'll need to hold a button down, move the target, and then release the button to issue the order. Canceling said order involves yet another button press. This may seem manageable, and it is when you're not getting shot at, but when you're under fire, it's tough to issue orders.

Experienced or not, you won't be running and gunning your way through any of the missions. You'll want to locate the enemy, get your squad in place so that they can unleash suppressing fire, and then find a way to flank your target while it's distracted by your team. Getting cover fire is very important because it not only gets the bad guy's attention off of you, it makes them less accurate and easier to kill, too. The game makes it easy to tell who is being suppressed by replacing the red "health" circle that's normally over a soldier with a grey one. Using the "situational awareness view" is also an integral part of making it through levels unscathed. Pressing select zooms the camera out, giving you a bird's-eye view of your surroundings. Here you can find the locations of both your fellow soldiers and the enemy. It's a good thing, too, since it's often the only way to figure out the location of the person who's shooting at you.

Direct confrontations are rare, which is a blessing for a number of reasons: your soldier moves very slowly; unless your weapon is raised, there's a pretty good chance you won't hit your target; it's difficult to aim, especially when on the run; and enemies are frequently impervious to bullets, particularly when they're reloading their weapons. Though they were given the ability to shrug off bullets, enemy soldiers weren't blessed with much intelligence--they're frequently oblivious to your attack, and they seldom use anything even resembling advanced tactics, though they will make the occasional mad dash toward you. Unfortunately, the same thing goes for your fellow soldiers. They're pretty adept at taking out the enemy, but self-preservation doesn't seem to be very high on their list of priorities, so it will be up to you to order them to safety. This means constantly pointing out cover, having them follow you, and making sure they don't take the wrong route when trying to get to where you've ordered them.

D-Day's visuals do little to make up for the less-than-stellar gameplay. Character models look great up-close, but when viewed from a distance they look terrible and are animated poorly. The levels are rather large--and that's about the only good thing you can say about them. Even for a PSP game the textures are poor, many of them look the same, they're dark, and they're completely lifeless. Top it off with a frame rate that's sluggish and choppy, and you've got one unimpressive-looking game. Continuing the disappointing theme is the game's audio. The weapons don't sound very convincing, and there's not much else to listen to. There are a few funny moments of dialogue (the Superman-versus-Batman debate is amusing), but most of the voice acting feels disjointed. There's also a nasty glitch that occasionally causes some lines to be spoken over top of one another.

Brothers in Arms isn't much fun due to the poor controls, disjointed story, and generally uninteresting gameplay. It's possible to have a decent time with the game once you get a grip on the controls and turn a blind eye to the many other issues, but it's simply not the style of game that works well on a handheld. That it brings almost nothing new to the table for anyone who has already played the previous Brothers in Arms games is bad enough, but the fact that you can get both console games brand new for the same price as this PSP game is even harder to ignore. 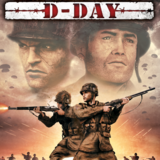 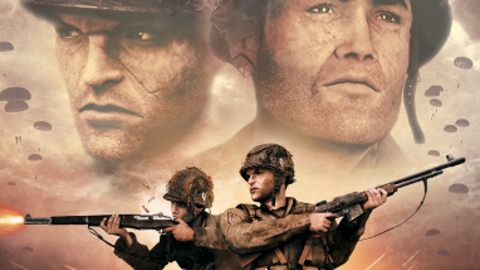 Brothers in Arms: D-Day is a World War II squad-based action game exclusive to the PSP.