Developer Revolution Software really understands the adventure genre and capitalizes on its strengths in Broken Sword: The Sleeping Dragon.

Adventure games are one of the oldest PC game genres and also one of the most conservative. When the genre evolves, it's usually at a glacial pace. That's why it's really refreshing to play a game like Broken Sword: The Sleeping Dragon. It's not hugely innovative, and it has its share of faults, but its particular blend of features nevertheless gives it a fresh, fun feel. Just as importantly, developer Revolution Software really understands the adventure genre and capitalizes on its strengths. You'll unravel a colorful, witty yarn filled with lovable characters, dramatic encounters, sharp dialogue, and exotic locales.

In fact, the parallels to an animated film show up right from the start of the game. After a dark and mysterious prologue, you see series hero George Stobbart soaring in a plane over the lush jungles of the Congo. With a heroic orchestral theme building excitement and well-chosen camera angles adding visual drama, it almost feels like you're sitting in a theater watching the beginning of a film. This Indiana Jones-style scene hits all the right buttons; everything about the game says "high adventure" right from the start.

Many adventure games don't make you feel too adventurous, and most adventure games tend not to be adventurous from a design standpoint. Those facts weren't lost on Revolution when designing this latest Broken Sword installment. In addition to boasting a winning style, the game merges a bit of console-like, third-person action gaming with the traditions of PC point-and-click adventures. This creates a more action-packed feel and helps immerse you better than simply moving a character around in front of discrete, static backdrops.

You maneuver George, and later his fellow adventurer, Nico Collard, using directional buttons on the keyboard or a gamepad. You can also make the hero run or creep along stealthily. Whenever you near a hotspot that you can examine or an area that you can climb, jump across, or shimmy along, little icons light up to show your available options. You then just press the appropriate key to select your option. When standing near a telephone, for example, you can examine it, listen to any messages on the answering machine, or make a call. When standing near a crate, you can push or pull it and climb up or down from it, all using this simple icon system. The system means that the game's climbing and jumping puzzles are much less stressful than in a true third-person action adventure game since here you don't need to employ lightning reflexes to avoid a fall. You merely press a jump button at a valid location and let the game handle the rest.

In theory--and often in practice--this is an elegant interface. It's not without faults, though. For one thing, you have no control over the camera. Instead, it shifts to preset locations as you move. This can create some nice cinematic moments, with overhead tracking shots or angles that dramatically capture the play of light and shadow. Unfortunately, the camera can be a big pain since you have little control over what you see without actually moving your character around a lot. This can make climbing puzzles or stealth sequences overly difficult since you can't always effectively see where you are or where you're going.

The preset camera angles also mean that the direction keys essentially switch when you move to a new area: One second, the left key is moving you left, but when the camera whips around, the left key is suddenly moving you right. You can get used to this pretty quickly, but it always remains a bit awkward or even disorienting. The game might have worked better and felt even more immersive if it had offered a shooter-style WASD/mouselook system that let you directly control what you see.

Interface problems don't end there. You sometimes have to align yourself too precisely with a hotspot for the game to make you aware of it via a little star icon. It's even worse when you have to perfectly align yourself with a narrow object for climbing. This oversensitivity makes it too easy to overlook things or waste time micromanaging your character's movements. Making characters run creates more annoyances: Whenever they brush against an object, they slow to a crawl, requiring you to back away and start running again.

To heighten the action, Broken Sword includes occasional "action events," but these are an example of good intentions gone awry. These events call to mind games like Dragon's Lair or Shenmue. Every once in a while, you'll need to make a split-second button press to hop off a crumbling ledge, for example, or dodge a speeding car. The first time each of these events occurs, you rarely have enough time to react since hitting the button often doesn't seem to register for some reason. Your character then dies, and you get to try the sequence over again until you get it right. This repetition sucks a lot of the fun out of the game since you have to sit through the same dialogue or cutscene material again before the action event starts. It's frustrating that you can't skip scenes or dialogue you've already seen and heard.

None of these problems are game-killers, but they do detract from all the things Broken Sword does so well. You get to solve an interesting conspiracy and murder mystery that takes you from the Congo to Paris, Prague, and other exciting locales. A mysterious villain named Susarro is trying to tap into geomantic energy, powerful currents that run through the earth. It seems like he's really onto something because the earth's weather patterns have been going haywire. George, a patent lawyer from Idaho, stumbles onto this plot while trying to meet an inventor in the Congo. Meanwhile, a Parisian hacker has managed to decrypt a mystic manuscript with clues to the energy, but he gets murdered just as the game's other hero, French journalist Nico Collard, is about to meet him for an interview. Suddenly, she finds herself framed for the murder. With a great sense of pacing, the game smoothly switches back and forth between the George and Nico episodes, and eventually the two old adventuring buddies are reunited to fight the evil that threatens the world.

As you travel the globe and uncover the plot, you'll enjoy two of Broken Sword's biggest strengths: sharp writing and a cast of memorable characters. The story is filled with funny, dramatic, and even touching moments, not to mention a rogues' gallery of colorful people. In Glastonbury, England, for example, George lands in the middle of a hilarious imbroglio involving a retired British Army colonel with a bad temper and a shotgun, his randy daughter who's run away from home to assert her womanhood, a monumentally pompous hippie who runs a New Age shop, and an Irish BBC TV host with an almost violent passion for poetry.

When you're not talking with these eccentric characters, you'll be solving puzzles. A few puzzles are really tough, but most of them are interesting and reasonably easy, too, making the game pretty newbie-friendly. Whether you're a first-timer or an adventure veteran, you'll likely tire of the omnipresent block puzzles, though, where you have to align crates or hunks of stone to create platforms for climbing. It's annoying, too, that you run across innumerable locked doors while searching for items. It wastes your time as you futilely try them all and also reduces the immersion by reminding you how linear the game really is as you're shunted down preset paths. Since the story and characters and locales are so much fun, though, it's hard to complain too loudly about these weaknesses.

Even if Broken Sword can at times be frustrating to play, it's a joy to behold. The graphics sure aren't cutting edge, but the attention to detail, vibrant colors, and smooth animations give the game its own attractive style. (The "idle" animations of Nico repeatedly brushing her shoulder or stretching are odd and distracting, though.) The wonderfully elegant and evocative soundtrack varies from bold fanfares to jaunty comic bits to pensive piano interludes to suit the locales and situations. The voice-overs really bring the game to life, too. By and large, the actors are really acting here instead of just lazily reading their lines like you find in so many games. Unfortunately, the voice-overs highlight the game's biggest flaw, a major sound bug. Occasionally, dialogue can cut out, a character will make two statements at the same time, or two characters will speak over each other entirely. This bug can ruin the mood or make it hard to know what on earth is going on when you miss vital dialogue.

It's a shame problems like that mar Broken Sword: The Sleeping Dragon. With its blend of cinematic style, 3D immersion, sharp writing, and likable characters, this is otherwise an adventure game that does the genre proud. 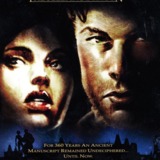 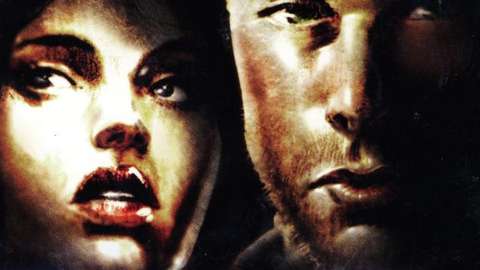 Developer Revolution Software really understands the adventure genre and capitalizes on its strengths in Broken Sword: The Sleeping Dragon.

8.1
Sign In to rate Broken Sword: The Sleeping Dragon