Although the heyday of point-and-click adventure games may be long gone, Broken Sword: Shadows of the Templars has stood the test of time. This Director's Cut is a carefully-wrought Wii version that adds a host of new content to the original game and serves as an excellent demonstration of how good the point-and-click genre can be.

Though the original game started in Paris with a seemingly random cafe bombing--albeit one performed by a clown--the Director's Cut opens the day before, with one of the series' two main characters, journalist Nico Collard, suddenly called for an interview with a prominent French industrialist. He ends up dead at the hands of a mime, and a global conspiracy slowly unfurls. The rest of the tale is seen primarily through the eyes of hapless tourist-cum-investigator George Stobbart, as it was in the original game. The story is engaging, spanning five countries and a variety of locations. The unsolved murder quickly becomes part of a much bigger problem, revealing the existence of a shadowy group seeking to revive the powers of the Knights Templar, continually sucking you further in the ever-deepening mystery. The new scenes serve to flesh out Nico’s character, which wasn’t really dealt with in the original, giving the main narrative a little more resonance to modern history, rather than just the middle ages. They also introduce one of the darker elements of this great plot, tying them into French colonial brutality in Africa.

The new animation work from Dave Gibbons--best known for his work on comic classics Watchmen and 2000AD, as well as the original game--bring the game’s diverse scenes and characters to life. Even incidental characters have been drawn with care, from the expressions of a mute Syrian barman to the detail lavished upon the Parisian skyline. The sound is of a similarly high standard, though it can be a little jarring when voice acting from the original game meets the newly recorded content that's of a higher quality technically. The music serves to build tension at the right moments, the incidental sounds for each scene set the tone perfectly

Even with its fairly dark and involved plot, Broken Sword still manages to be funny. Some of the laughs are played at the expense of Les Americains, whereas others target one's own assumptions about seemingly stereotypical characters, be it thanks to a quick-witted but lazy Gendarme, or an aristocratic British lady with a mischievous streak. Despite the game's age, this character-based humour ensures that the narrative never feels dated.

Unfortunately, the same can't really be said for the mechanics. The rigid linearity and inventory-based problem solving take a little getting used to and have not aged particularly well--but the strength of every other aspect of the game makes this fairly easy to forgive. Very occasional enigmas have deeper problems, based as they are on genre conventions that are not as familiar as they once were. One such example involves a puzzle wherein the solution involves using an item on yourself, but the only way to do this is to talk to the correct person, who then suggests using it, which opens up a conversation option with another character further down the line that lets you progress.

That said, despite the occasional quirk, the vast majority of the puzzles play out in a pleasantly logical--if occasionally lateral--manner. Of the new puzzles, a substitution cipher and a chess-based puzzle are the most satisfying, and all of them integrate well with the more traditional point-and-click conundrums. We encountered an issue with one of the new puzzles that caused the game to crash and lost of all our progress since the last manual save, but it functioned perfectly well again after restarting.

Another new addition is a tiered hint system, so if you do get stuck, help is but a wave of the Wii remote away. These tips start with a general piece of advice on where to look next, and they range all the way up to full instructions on how to progress. This system works well on the whole because it lets you progress when stuck without resorting to being fully walked through, and it carries no in-game penalty--though the number of hints taken is listed along with the time played for each save game.

The clever puzzles, when combined with the excellent story and new hint system makes for a game that is as engaging and accessible as it is funny and visually appealing. While sequels may have dulled the lustre of the Broken Sword franchise, for the ten hours or so that this director’s cut lasts, you will remember why the genre had such huge success. 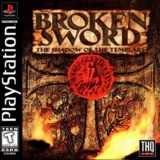 Broken Sword: The Shadow of the Templars
Follow
$19.99 on Walmart
Buy 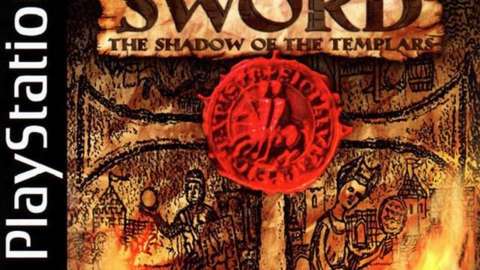 Investigate a mysterious bombing and unravel a deep mystery in this point-and-click adventure.

8.4
Sign In to rate Broken Sword: The Shadow of the Templars