Broken Sword II is a wonderful throwback to the classic Sierra-style adventure game and is a great adventure for fans of the style.

Despite several attempts by game developers to prove otherwise, the PlayStation controller doesn't do well in place of a mouse. That, combined with the PlayStation hardware's limitations, may be why such games as Broken Sword II are not commonplace on Sony's machine. Even though point-and-click adventure games have been around for years on the PC, the PlayStation has been fairly devoid of them. And while the original Broken Sword was held back by its difficult interface and almost unbearable loading times, the sequel makes point-and-click adventures seem almost doable on the PlayStation. But though the loading times have been trimmed and the interface has been fixed, it's still the PlayStation's limitations, not the compelling storyline or the game's quirky sense of humor, that keep Broken Sword from achieving its potential.

Once again you're walking in the shoes of George Stobbard, the jack-of-all-trades American who saved the world in the first Broken Sword game. Nico, Stobbard's prissy French girlfriend, has been kidnapped, and it's up to you to help him escape from a burning house and track down the girl's abductors. But more importantly, you must figure out exactly what's going on. Indeed, this story is about more than just girlfriends and poisonous spiders - you'll run into CIA agents, cocaine lords, power-hungry dictators, mysterious scientists, Mayan artifacts, fallen priests, powerful shamans, and other oddball characters who are all extremely good at muddling the plot. Like all good mysteries, once you think you've got a good handle on exactly what's going on, the game yanks your theories out from under you and tosses you back to square one. Are you tracking down a cocaine empire in the hopes of turning it into the authorities, or are you trying to stop a maniacal Mayan priest from resurrecting the god of chaos and evil from his spiritual prison? Whatever your goal, you'll do plenty of traveling. The game starts in Paris, moves around France a bit, then it's off to Mexico, the Caribbean, London, and back again. Not only does this variety give you a great change of scenery every few hours, but it also lets the game introduce distinctly different characters. Instead of spending all your in-game time as Stobbard, there are parts of the game where you assume the role of Nico herself. This makes the game more interesting, as Nico has an entirely different way of dealing with people and situations. Because of her striking cartoony curves, men are more apt to help Nico, but she has a more difficult time doing physical tasks. Stobbard, however, hasn't changed a whole lot since he had his fun in the original Broken Sword. He's still a quirky, cynical bastard with an aspiring MacGyver-like talent that lets him do remarkable things with everyday items.

While there are tons of items and puzzles in Broken Sword II, you won't find yourself stuck in any scenario for any lengthy amount of time. If you can't figure something out, it usually means you must go talk to everyone you've met recently all over again, as they'll offer new bits of information they conveniently forgot before. This makes the gameplay almost tedious, because you spend plenty of time listening to people ramble and significantly less time figuring out how to do things such as start a fire with a bank statement and stone figure. Still, there are plenty of creative things to do with all the common items you stumble across in the game, and people looking for at least one or two challenging puzzles will find them.

Like its predecessor, the graphics in Broken Sword II are all hand drawn. The graphical style and attention to detail gives Broken Sword II a feel similar to Don Bluth's laser-disc games like Dragon's Lair and Space Ace. But because the environments are actually interactive, the graphics simply don't look as crisp as they would have had thisgame been on laser disc. Details such as faces are rather smudged and difficult to make out, and sometimes the game looks like the screen has been squished into a different size than originally intended. There's also a lot of pixelation around the edges of objects that can easily confuse you as to exactly what it is you're looking at. Still, the backgrounds are well detailed and creative, and the graphical style is a refreshing break from the recent uprising of polygons. The sound really makes the game. With all the time you spend talking to people, it's essential that Broken Sword II feature tons of speech. Fortunately, it does. Every bit of conversation is voiced out, and the voice acting is actually quite good. There's a good sense of humor in the voices chosen to represent each character, and more importantly, they make sense. Decrepit old men sound as though they're inches from death, and suave Mexican generals sound as though they've been rehearsing their pickup lines. In fact, the only character whose voice doesn't complement her is Nico, who possesses an almost incomprehensible French accent. Somehow you get the impression that Stobbard could do better. After all, he has saved the world. Unfortunately, the sound effects are incredibly simplistic, and they leave more to be desired. Also, while the game does feature music at certain points, most of the time you're simply wandering around in silence. I found myself checking the volume on my TV several times to make sure I hadn't accidentally hit the mute button.

Broken Sword II is a wonderful throwback to the classic Sierra-style adventure game and is a great adventure for fans of the style. The horrendous loading times that plagued the original have been trimmed a great deal, and the animation runs a whole lot smoother. Still, the game is not for everyone. Earfuls of only semirelevant conversation and the digital pad's inability to properly replicate a mouse make Broken Sword II tedious at times. But while Broken Sword II certainly isn't revolutionary, it's still refreshing to see a game of this nature done well. A compelling story full of plot twists, offbeat humor, great graphics, and solid sound makes Broken Sword II a game with great aspirations. It's simply too bad the game's format and the PlayStation's limited capabilities keep Broken Sword II from fully realizing them. 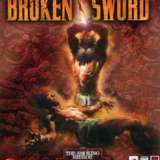