The lengthy quest offers a meaty challenge for RPG fans to get sucked into and a surprise or two to satisfy those who look for them.

Capcom has dusted off another of its SNES RPG classics, Breath of Fire II, and brought it to the Game Boy Advance in a slick little translation. The game's story centers on a young boy named Ryu in the years following the events in the original Breath of Fire. The ensuing years have seen a shift in the social landscape, with the rise of a new religion dedicated to worshipping St. Eva rather than the Dragon God from the original game. Following a short black-and-white sequence starring a young Ryu that provides some insight into the game's plot, you take control of him and embark on your first adventure. As you'd expect, you'll meet a varied cast of characters who all have their own back stories to add color to the proceedings and possess special skills you can use. Intrepid gamers may even find themselves rewarded with a hidden party member who provides a blast from the past.

If you're familiar with the graphics and gameplay of the original Breath of Fire for the GBA, you'll be pleased by the game's speed and simple but addictive gameplay. Back in its day, Breath of Fire II offered a solid visual improvement on its predecessor, and the same holds true on the GBA. The members of your party are all colorfully displayed with a solid amount of detail and a nice bit of animation during combat. The spell effects, always a treat in an RPG, are well represented by unique animations, as are the various transformations in the game. In addition to Ryu's ability to change into a dragon during a battle, you'll be able to join members of your party with shamans you discover in the game to create hybrid creatures that are more powerful than the individual characters. Graphically, the game is solid, featuring some touch-ups to freshen the graphics a bit but nothing major.

In terms of gameplay, you'll find an accessible and classic RPG setup. You'll explore the world by traveling across a world map and interacting with various characters in towns. During your travels, you'll enter into combat with enemies via random encounters and boss battles. As you explore dungeons and caves in search of items or to complete quests discovered by chatting with NPCs, your party members will level up, gaining new attacks and finding items. The combat is of the turn-based variety, although a nice feature allows you to have the AI automatically fight a battle, which comes in handy if you keep ending up in fights with low-level enemies. A new auto-save feature ensures that you'll be able to play the game on the go without stressing over finding a save point. A new addition to the gameplay is the ability to create your own town by selecting house types and inviting people to live there over the course of your travels. The benefit of building your own little commune is that, if you choose your neighbors well, they'll be able to provide services to you.

The sound in the game leans toward the bland side of things. The theme played during battles is cool, but the tunes played for the rest of the game lack personality. The impressive GBA sound chip is hardly pushed to do anything when running the game. The GBA hardware is given something to do, thanks to a link cable feature that allows you to trade items with a friend in need. The feature will also randomly grant you extra items when trading, which keeps things interesting.

The only blemish on the whole affair is navigating via the world map, as the small size of the GBA screen sometimes makes it a chore to find places you can dock at when riding the whale. Other than that, thanks to the faithful translation of the SNES game, the lengthy quest offers a meaty challenge for RPG fans to get sucked into and a surprise or two to satisfy those who look for them. Breath of Fire II is definitely a game RPG fans would want to have. 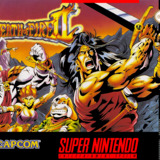 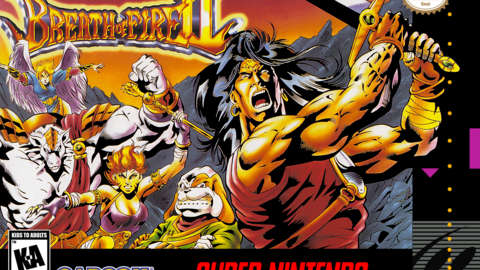 The lengthy quest offers a meaty challenge for RPG fans to get sucked into and a surprise or two to satisfy those who look for them.