If you still don't have your Atari 2600 lying around and you miss this sort of simplistic fun, Breakout may be worth a rental.

If you've been around video games for any length of time, chances are you have heard of or maybe have even played the original Breakout. While merely a more refined version of Pong, the addictive, yet simplistic, gameplay relies upon your reflexes more than your intelligence as your goal is to deflect a ball toward a wall of bricks to blast a hole through it. The folks at Hasbro, like many other companies before it, have decided to wipe the dust off this formula one more time to bring Breakout into the three-dimensional world. The same addictive gameplay from the old days has returned, but by today's standards Breakout offers very little in the form of ingenuity.

Breakout is an adventure puzzle game of sorts. In between spurts of traditional Breakout gameplay, there are short, real-time cutscenes that attempt to move an anemic plot forward. As the game begins, a large group of paddles are having an island party when an evil paddle named Batnix shows up and hauls them all off to his prison. One of the paddles, Bouncer, decides to break out and rescue his incarcerated pals. Bouncer has to use his deflective skills to break through the prison walls and escape to safety. Not only is this laughable plot about as mundane as it gets, but the fact that the paddles appear as nothing more than rectangular objects with eyes doesn't help motivate you to press on. But when you consider what the developer had to work with, just about any plot would seem ridiculous.

There are 30 levels in Breakout, and they take place in several different areas including farms, Egyptian pyramids, and pristine castles. While the levels change, the premise almost always remains the same. You must constantly deflect the stone back at an obstacle until there is a way through. Other times, you face off against chickens that chuck rotten eggs at you or against knights who charge after being pummeled by you. As you bust apart each level, power-up boxes appear that, when struck with the stone, give your paddle special abilities. Your paddle may turn into an awl that splits the stone into two parts; or its size may double, which makes deflecting much easier; or it may turn it into a scoop to more accurately project the stone. Thankfully, Breakout doesn't just stick solely with the usual brick-busting antics of the original. You are constantly forced to target your stone with precision, as sometimes simply breaking all the bricks in random order isn't good enough. Some of the levels require you to hit specific bricks without missing the entire brick mass. The main problem with Breakout's gameplay isn't its structure. It's the fact that the stone moves far too slowly. The frantic pace of the original is only matched once there are several stones on the screen at once, and this does not occur with any sort of regularity.

Besides the usual brick smashing, you also face off against bosses at the end of each area. Again, the usual tactics apply. You use your stone to strike the boss while avoiding its attacks. There are also some minigames thrown in to keep things interesting like knocking ducks off a raft while you attempt to stay on board yourself. In another oft-repeated scenario, you must run from a wolf while firing stones to keep it at bay. As you rescue each of your fellow paddles, you may call on them to aid you in completing each level. By the time you reach the end of the game you have a nice assortment of paddles to choose from, each with varying attributes. There is a multiplayer mode available for up to four players via the Multi-Tap that hearkens back to the days of Pong. Unfortunately, it becomes routine after just a few plays.

For a game that originated in the '80s, Supersonic has managed to do an adequate job with the graphics upgrade. While the camera is static, each level is extremely colorful, and the textures feature a nice clarity. Each polygonal area has its own unique look and feel, which helps to mask the fact that you're basically doing the same thing over and over. Breakout only vaguely utilizes the third dimension. The bricks are sometimes stacked on top of each other resulting in their crashing down as the bricks underneath are blasted away.

The control in Breakout, like the game itself, is very simple. You may use either the D-pad or the analog stick to move your paddle from side to side. Using the shoulder buttons, you may deflect the stone with greater angles to help you to better target your shots. If you press the square button, your paddle shrinks and curves, enabling you to cut the stone at even sharper angles. While the controls in Breakout are very simplistic, the paddle has a tendency to be somewhat jerky, which results in many a missed stone.

Breakout isn't a particularly bad game, nor is it particularly good. The same repetitive gameplay from years ago has returned, camouflaged underneath some average polygonal graphics. If you still don't have your Atari 2600 lying around and you miss this sort of simplistic fun, Breakout may be worth a rental. And while Breakout is a fine starter game for young kids attempting to get a handle on their hand-eye coordination, all others might want to pass on this one. 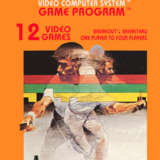 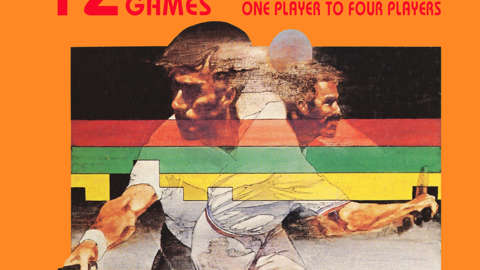 If you still don't have your Atari 2600 lying around and you miss this sort of simplistic fun, Breakout may be worth a rental.