This trail of new flying games may not be paved with gold.

Lately, there haven't been a lot of flying games. Back in the old days, they had their run as the "most overplayed genre," but in recent years, things have thinned out a bit. With Bravo Air Race, Ace Combat 2, Aerofighters Assault, and several more coming down the pipe, it looks as if the category may be making a comeback. Hold your horses though - this trail of new flying games may not be paved with gold.

Bravo Air Race is a flying game that lets you race a variety of planes through some tight courses. The premise is reminiscent of many late-'80s arcade games, and one thing becomes clear quickly: This is not a flight simulation. Instead, Bravo Air Race lets you pick from 12 aircraft (ranging from classic World War II-era planes to sleeker, more modern stunt vehicles) and jet through four narrow courses. These courses are a mountain area, a metropolitan area, a canyon, and a snow-filled landscape.

The 3D graphics in Bravo Air Race are average, and, unfortunately, they don't shine as much as they should. The rendered backdrops seem to keep up with the game, but the drab colors aren't that impressive. In fact, the entire game suffers from a slightly rough feel that detracts from your enjoyment of the game. If the game had a bit more polish (that is, better graphics and a heavier soundtrack), it could be really cool, but instead you're left with two switchable viewpoints and a whole lot of frustration. Really, Bravo Air Race looks and sounds like a late-generation Turbo-Grafx title (OK, make that late-generation Turbo-Grafx CD title).

Bravo Air Race also has some unique quirks. For instance, the game strangely lacks a feature that lets you play through all the tracks in a row; instead, you must play each of the four tracks one at a time. The play control also takes awhile to adjust to, but once you do, you will still have a hard time navigating your way through the game's courses (mainly due to the pop-up, which makes it very hard to tell exactly what lies ahead). There is a split-screen two-player mode, which is kind of fun but does not add significantly to the game.

In the end, Bravo Air Race resembles THQ's old quality standard (minus a movie or television tie-in): a decent premise that results in a mediocre product. If you like flying games, Bravo Air Race is a good short-term thrill, but you're better off just saving your money. 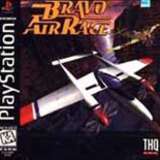 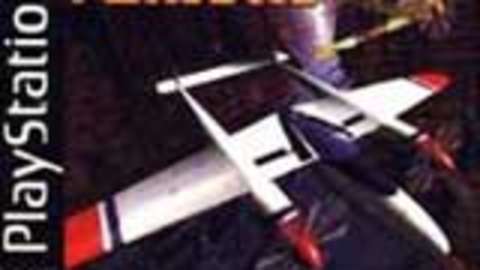 This trail of new flying games may not be paved with gold.