Let's not kid ourselves. While Bravely Default may not officially be part of the Final Fantasy family, it's only in name that it's not. From steampunk airships, to Phoenix Down revive potions, to enemies named Cait Sith, Bravely Default has got the unmistakable stamp of Japan's most recognisable and venerable role-playing game series plastered all over it. And yet, despite the baggage of both expectation and suspicion that accompanies anything associated with said megafranchise, Bravely Default manages to carve out a place for itself amongst the impressive roster of Nintendo 3DS Japanese RPGs.

It says a lot that this game has come not from the hands and talents of Square Enix, but from those of 3D Dot Game Heroes developer Silicon Studio. Things don't start off well, however. Take away the beautiful art style, and the first few hours provide little we've not seen before and little incentive to continue. The story of wholesome hero Tiz Arrior seeking answers to and revenge for the apparently random destruction of his homeland is hardly a new one, and while the near fully voiced handheld RPG demonstrates impressive production values, the ear-splitting pitch of each character's dialogue is excuse enough to abandon dialogue scenes altogether (or at least mute the volume).

While Bravely Default may not officially be part of the Final Fantasy family, it's only in name that it's not.

Get past those opening sequences, and you're gifted with a game that gets close to rejuvenating a stagnating formula, expanding and altering ideas that have been detrimentally unyielding for too many years. Silicon Studio has been wise in highlighting which areas to refresh, and given that the game so heavily relies on it, it's apt that the battle system should be Bravely Default's greatest asset.

A few additions to the turn-based combat keep Bravely Default from ever becoming predictable. Alongside the normal attack, magic, and item commands sit options to "brave" and "default." Select brave, and you can unleash up to four moves in a single turn, the risk being that if your enemies are still alive after your assault, you must wait for them to execute the same number of turns until you can act again. Conversely, default allows you to forfeit your current turn in exchange for banking an extra move to use later.

Each member of your four-person team can brave and default independently of each other, allowing some to stay aggressive with all-or-nothing flurries of four moves at a time, while others take a step back and store moves as a safety net in case of trouble down the line. It can be wise, for example, when you're faced with a formidable enemy, to make sure one character (preferably a healer) stores up moves by defaulting to allow him to restore the entire team to full health if things start getting out of hand.

Take away the beautiful art style, and the first few hours provide little we've not seen before and little incentive to continue.

It's essential that you master this core dynamic of putting yourself in credit and debt if you harbor any desire whatsoever of making headway once the hand-holding stops. Certain enemies, especially bosses, have been designed to make victory incredibly difficult to achieve without intelligent use of brave/default. In particular, many tougher enemies are in the habit of healing themselves when on the verge of death--the only way to overcome them being to attack multiple times with brave at the right moment. In short: ignore the brave/default system at your peril.

If you are finding things too difficult, you have the option of altering the difficulty when, and as often as, you like. Yes, this means you can tone the challenge down for a single battle, only to go back to normal once you've progressed. An adjustable random encounter rate allows further customisation of the difficulty level, letting you do away with nonessential battles altogether or increase them to the point where it feels like you can't take a step without being assaulted. How interested you are in leveling up your characters determines how you approach random battles.

A robust and diverse job system broadens combat by bestowing each character with a well-defined set of abilities and stats. With 24 to choose from (although unlocking them all is easier said than done), there are a wide variety of combat styles to experiment with and potentially master. Indeed, a lot of the fun comes from testing out different combinations before you settle on a formula (or two) that you feel best suits a team of four. You're free to swap a character's job as often as you want, so if a particular mix isn't working for a certain boss, there's nothing preventing you from approaching it from a completely different angle until your next attempt. It's to Bravely Default's enormous credit that both the job and brave/default systems work so well in tandem.

If you are finding things too difficult, you have the option of altering the difficulty when, and as often as, you like.

It's a good thing that the core gameplay is so enticing and engrossing, because the story never manages to rid itself of the tedium and convolution of those opening few hours. While the characters, cliched though they are, give off enough charm to make them entertaining (the pantomime-grade villains are especially amusing), the moment-to-moment plot points lack much in the way of intrigue or surprise. Much of the narrative feels like filler designed to lengthen the game rather than elaborate on the story or provide added insight to events or a character's motivations.

A wide variety of well-crafted side missions are available and act as decent distraction, while an equally wide-ranging number of StreetPass integrations are also worthy of your time. In particular, a minigame akin to something you might find on Facebook has you rebuilding Tiz's destroyed village of Norende. This is achieved by clicking on buildable portions of a map screen and assigning workers to start construction--the more workers a construction zone has, the faster it will be built (including when your 3DS is in sleep mode). New workers are acquired with every registered StreetPass, allowing you to build faster and farm the reward items completed structures provide. Less welcome is a sleep point system; each spent point lets you freeze time and launch a free attack. One sleep point is gained for every eight hours your 3DS is in standby mode, or you can part with extra real-world cash and purchase points via a microtransaction.

Despite that unwelcome intrusion and the lacklustre storytelling, Bravely Default is one of the finest RPGs Square Enix has been involved with in recent times. While it's a stretch to call its battle mechanics groundbreaking, they certainly represent a welcome level of innovation that has a palpable effect on the way you approach combat and makes Bravely Default a highly entertaining adventure.

View Comments (207)
Back To Top
8
Great
About GameSpot Reviews 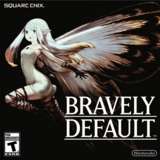 John's time on the 3DS is dominated by the many quality Japanese role-playing games found on the machine, and he lives in the hope that one day something even better than Chrono Trigger will come along. Over 30 hours was spent in Bravely Default's world for this review. 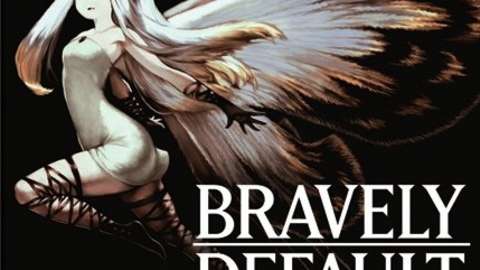 Bravely Default is a traditional Japanese turn-based fantasy RPG with an epic story told via 3D visuals, multiple endings, engaging characters that can be customized with over 20 different job types, and a risk/reward battle mechanic that allows players to skip turns to use later for more powerful attacks, encouraging a deeper level of strategy.