Boxing is just simply a fun game to play that is more than worth its $10 price tag.

Boxing for the PlayStation, at first glance, may seem as though it's a simple game for a younger audience since it has cartoon-style characters and what appears to be a limited amount of control. But once you begin to get further into the game's surprisingly in-depth tournament system, you'll begin to realize that there is much more to the game than its $10 price tag may lead you to believe.

The game has a surprising number of characters and modes, and a lot of depth. When you first start playing the game, you're given only three playable characters to choose from, although you can unlock 10 more. You're also limited at first to simply fighting at a local tournament in the lightweight category. In all, the game has four tournaments: local, nation, world, and beyond. Each tournament has three weight classes--light, medium, and heavy--so you've got a lot to work through. Starting out the game seems incredibly easy since all of your first opponents barely defend or even try to throw punches. But once you start advancing into higher weight classes and into other tournaments, the game becomes increasingly more difficult. Repetitive right hooks and special moves that once won matches for you in prior tournaments start being blocked or countered in later tournaments, which basically forces you to learn how to use every punch in the instruction book if you want to win.

The controls of Boxing seem basic when you first pick up the controller, but once you take a look at the game's instruction booklet and see how many different punches and abilities your fighter has, you realize you haven't begun to play the game. Each of the game's 12 fighters has special moves that range from orthodox punches with a lot of power to moves where the fighters flip through the air throwing punches at you. Even though you can throw hooks, jabs, land combinations, and perform various other boxing-style moves, the game almost feels more like a fighting game than a boxing game. The gameplay is extremely fast paced, and you spend the majority of your time trying to land special moves. All in all, the game plays well, and the controls feel quite responsive.

Visually the game isn't the most impressive-looking PlayStation game ever, but it does look fairly decent. The fighters in the game are large, basic-looking 3D characters, but each has more than enough detail to get his or her individual personality across. The animation of the fighters moving around the ring and throwing punches is also basic, but more than adequate. In the audio department, the game's music and sound effects fit the look and feel of the game quite well. Nothing really stands out as annoying or extraordinary, but all in all the game sounds adequate.

In the end, Boxing for the PlayStation is a decent and surprisingly in-depth boxing-fighting game that's the perfect type of game for a less experienced gamer since it does have a fairly slight learning curve. Plus, the game does include a two-player versus mode, so you and a friend can play together. Most importantly, Boxing is just simply a fun game to play that is more than worth its $10 price tag. 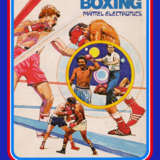 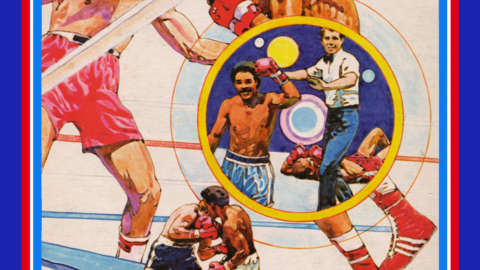 Boxing is just simply a fun game to play that is more than worth its $10 price tag.