What's in the box?

BoxBoy! is a game that subverts your expectations. The game looks like it belongs on the original Game Boy, but even there it wouldn't seem visually inspired, and the initial puzzles are almost off-puttingly simplistic. However, this black and white platforming game about an anthropomorphic box offers up new challenges in such rapid succession that you quickly progress from smirking condescension over its simplicity to satisfying consternation caused by its more elaborate creations.

The puzzles, particularly in the beginning, can be finished in less than a minute, but this actually works in the game's favor. Like Tetris or any number of other puzzle games, after you finish one round, it always feels like you have time for just one more. That brevity is especially well-suited to a handheld platform like the 3DS, where you have time to solve a few levels while sitting on the bus, or in between TV commercial breaks.

Your goal in each stage is to navigate from point A to point B, generally through narrow, obstacle-filled passages. You run and jump over spikes and pits just like in any other platformer, but what makes your character special is his ability to spawn boxes. The number of simultaneous connected boxes you can create at one time varies with each stage, though you always control how many you want to create at a time. And when you make a new set of boxes, the previous ones disappear. Create one and toss it around for a quick step up, or turn three into an impromptu set of stairs that you push to bridge a hazardous gap. Unlike you, these boxes are not sentient and their only purpose is to help you get around. Instead of neatly detaching yourself from your box bundle, you can also choose to keep it attached and use it like an additional limb. In that role, it can be used to press buttons, lift you out over chasms, or transport you through tight spaces using your ability to reabsorb the squares like grappling hook.

You die often while trying to find the correct box placement to safely traverse a level, but checkpoints are so frequent that it almost feels like there's no punishment for failing. Instead, you're able to plot out a course using focused trial and error without having to repeat puzzles you already know how to do flawlessly. While the game keeps throwing new deadly impediments in your way, you eventually get to the point where you can tell at a glance what blocky shapes you need to chain together to survive. That's when the challenge becomes not just getting to the end, but collecting all of the crowns.

Early on, you run into these optional collectibles as part of making your way normally through each stage; in later levels, the crowns are purposefully placed in a way that requires careful box management. The solution to solving some of the more devious level layouts would only come to me after putting the game away for several hours and coming back with a fresh mind. Suddenly, the answer would stand out as ridiculously obvious, but I not only felt like a genius for figuring out combinations of moving, extending, and retracting boxes, but I also learned valuable lessons for overcoming later stages.

Your basic abilities never change, although you're eventually able to summon more than one set of blocks, and the unlockable costumes you earn by collecting crowns and beating levels are almost purely cosmetic, outside of a lone, late-game bunny costume. But that simplicity is what keeps the game exciting and the puzzles fresh. There are no obstacles that you need to come back to after you unlock a new ability or upgrade; from the moment you start the game, you have everything you need to solve every puzzle: your wits.

BoxBoy! may not make the best first impression, but through the course of my adventure, I began embuing the cute, blocky protagonist with his own personality. To me, he is strong-willed hero willing to brave adversity and overcome any obstacle. He just happens to also be a two-tone square. But going deeper than its simple exterior reveals a game filled with ingenious puzzles and a clever, box-manipulating mechanic. It does what a good puzzle game is supposed to: serve up a challenge and make you feel smarter for figuring out the solution, which was right in front of you all along. When I started BoxBoy!, I thought it would be a game for kids. In the end, it felt like a game especially made for me. 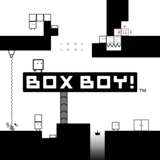 After just over 10 hours, Justin collected all of the crowns, unlocked all the costumes, and had a lot of fun. 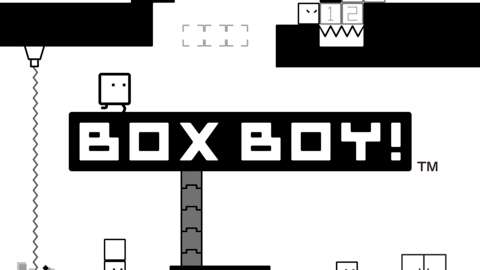 Think outside the box to save a world in peril! Traverse tricky landscapes by creating boxes to help Qbby navigate more than 20 puzzling worlds. Just watch outtons of obstacles stand in your way, so fortify yourself with a Shielding Afro or other boxy defenses. Then beat some more stages to earn sweet square costumes, like a superhero outfit! After snaking your way through a plethora of levels, try taking on some challenges. Time attack will have you puzzle-solving your way through an assortment of levels as quickly as possible, giving you the chance to test your skills at creating box-shaped defenses. If thats not enough, Score Attack has you collecting as many tokens as possible within the time limit while using boxes to lift yourself up and maneuver around a huge stage. All the worlds a puzzle and youre the only box boy boxy enough to save it!