A boy and his boxes.

The charming simplicity of BoxBoy, a series now four games deep, is right there in the character design. Qbby, the eponymous BoxBoy, has four corners, two dot eyes, and two legs. Qucy, who is newly playable in this game across both single-player and co-op, is the same design but with a big bow on her head. The BoxBoy games are lean and minimalist--this Switch version has some details in the background and a bit more color, but otherwise retains the 3DS series' visual simplicity. It's focused on giving you a dozen hours of fun and a bunch of puzzles that won't break your brain. They're not the kind of puzzle games you need to obsess over or master and BoxBoy! + BoxGirl! follows this trend, although its new co-op mode demands a slightly higher level of engagement.

As with previous games in the series, BoxBoy! + BoxGirl! tasks you with solving puzzles by growing boxes out of yourself and using them to pass obstacles. In each level you're given a limit for how many boxes you can grow, which will change what sort of structures you can build and use. For example, if your limit is 2 boxes you can only build a small vertical or horizontal stack, but if you have a limit of 3 or more you can push out two horizontal boxes and one vertical to form a step, and then potentially keep building from there.

With your blocks you can bridge gaps, block lasers, protect yourself from spikes, activate switches, and more. As both the single-player and co-op campaigns progress, you unlock new abilities. You can push yourself off the ground with a vertical stack and hop along, hanging off the side of it; you can fire your blocks across the screen; you can form a 'hook' with your blocks and use it to pull yourself up to a higher level. These skills and others are introduced gradually, and their applications are made immediately clear before their potential uses are stretched out over the levels that follow. The worlds you play through, which group levels together, are typically themed around specific obstacles and abilities, and towards the end of the game you'll face levels that will ask you to combine the numerous different skills you've learned. None of them are particularly difficult, but sleuthing through all your different options and figuring out the best way forward is satisfying.

BoxBoy! + BoyGirl! Is the biggest game in the series, featuring 270 levels across three different campaigns, though there is some repetition in puzzle motifs. Alongside single-player and co-op, there's also an unlockable mode featuring Qudy, a rectangular box person who can turn himself sideways and make boxes that are either tall or long depending on his orientation. Qudy's quest is a fun extra, and the developers find some cool ways to work his oblong shape into puzzles. Maneuvering his lanky frame through each level is an interesting new challenge, although he's given fewer exciting abilities than his other box pals.

It's the co-op mode that represents the biggest shake-up in BoxBoy! + BoxGirl!, as two players can team up to solve puzzles that require BoxBoy and BoxGirl to work together. Each character has their own box limit and will often need to perform different tasks in different parts of the level to benefit one another. The extremely simple controls mean that you can comfortably play with one Joy-Con each (which is good because there's no online play), and good communication is essential so that you can share ideas and puzzle through scenarios together.

The puzzles are easy enough that less experienced players won't come up against too many challenges--two series veterans will likely breeze through the campaign, although they'll have a good time doing so. Brilliantly, you can also play the whole co-op campaign alone, switching between the two characters. Features like this usually don't work so well in games built specifically for co-op, but it's a good fit for these puzzles, which never require simultaneous action from both boxes. With some of Bye-Bye BoxBoy's more inventive elements--such as different block types--having sadly been dropped, co-op is far and away the biggest highlight that this entry brings to the series.

You earn two different currency when you complete levels, one of which can be spent on various bonuses--challenge levels, music to listen to, mostly unnecessary 'assist' items and lousy 'comic' panels--while the other can be spent on cute costumes and in-level hints. You can unlock more of each type of currency by completing levels with as few boxes as possible and by collecting the crowns that pop up in each of them, which represents the game's greatest challenge.

Collecting crowns is inessential to your progress, and the extra currency they earn you isn't particularly important--it builds up fast just by completing levels--but I still found myself instinctively trying to collect all of them. Sometimes the crown placement will be unimaginative, requiring little effort to nab. But often you'll need to think outside the box (pardon the pun) and really ponder how you can use your boxes within the environment, and puzzle through uses for your abilities you had not considered, to reach them. Grabbing the crowns is frequently more rewarding than just finishing the level, although if you want to tick off your other objective and finish the level with few blocks used, it's often best to ignore the crowns, meaning that completionists might want to run through many levels twice.

In some ways, this game feels like a reintroduction to the series, which is fair, since it's BoxBoy's Switch debut. If you've played the previous BoxBoy games, you know what you're getting here--it's more of the same, but with a cool new co-op mode and the minor twist to the format that Qudy introduces. That's enough--BoxBoy has always been a light snack of a game, and it remains a great game to slowly chip away at when you're not in the mood for anything too taxing. For newcomers, it's a great entry point into the series, and a good low-stakes puzzle game to relax with. While Bye-Bye BoxBoy! remains the pinnacle of the series, BoxBoy! + BoxGirl! is a more than worthy entry. 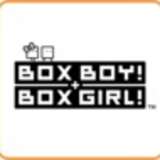 James O'Connor spent 12 hours with BoxBoy! + BoxGirl!, and took to referring to BoxBoy, who he loves, as his "son". Review code was provided by Nintendo. 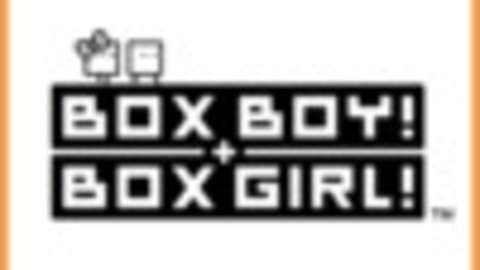