Bottom of the 9th Review

When it comes right down to it, there is little reason to buy this game.

Konami has finally brought Bottom of the 9th, the latest in its "me too" sports line, to the Saturn - where it faces the behemoth World Series Baseball II in the battle for supremacy in the digital ballpark. While Bottom of the 9th lost some of its graphical shine and speed on its way over from the Playstation to the Saturn, it still delivers a decent game of baseball. But decent baseball isn't enough to knock the likes of World Series Baseball II out of the park.

Most reviews of baseball games tick off a shopping list of realistic features, licenses, and details. This can't be done with Bottom of the 9th because the only features "real" players. That's it. No real stadiums, no real teams. They did, however, create some realistic 3-D animation of real pitching and batting styles, which makes for nice looking action. But overall, Bottom of the 9th simply lacks the bells and whistles fans of this genre expect of baseball sims.

To its credit, Bottom of the 9th features numerous play modes, including full season, exhibition, playoff, one- and two-player modes, and a training mode that allows players to ease into the game's control quirks. One of those quirks is Konami's so-called "intuitive" batting interface. This feature mimics real life: If your bat connects high on the ball you hit a grounder; if your bat hits low on the ball it's a fly. This is easily the game's most impressive feature. But while the many different ways to hit and pitch the ball could put this title into contention, the sluggish controls thwart and even subvert its grasp at greatness. This is a shame simply because the control of Playstation version of this game is just fine. Also of note: Bottom of the 9th on the Saturn features a noticeably slow load time.

When it comes right down to it, there is little reason to buy this game. It's a solid title, not a strong one. Look to World Series Baseball II for better gameplay and 3-D Baseball to satiate any polygon hunger pangs. While Bottom of the 9th has merit on the Playstation, the Saturn version seems doomed to die a quick, quiet death. 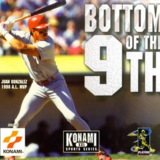 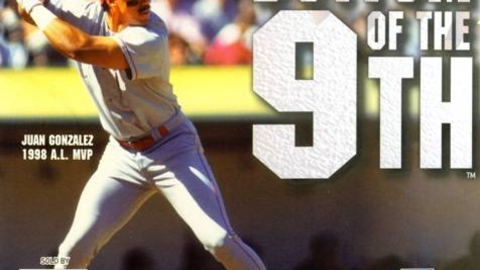 When it comes right down to it, there is little reason to buy this game.