This lengthy add-on is filled with so much humor, action, and looting satisfaction that it could very well be the highlight of all your Pandoran adventures.

The first two downloadable content packs for Borderlands have their own unique appeal. The journey to the Zombie Island of Dr. Ned was humorous and exotic. Shooting it up in Mad Moxxie's Underdome Riot was challenging and rewarding for those who thought Pandora had nothing left to give. The Secret Armory of General Knoxx offers players the fun of Zombie Island, the challenge of Underdome Riot, and a whole lot more. This third add-on is the biggest and the best yet. New enemies invigorate the combat, while the raised level cap makes vanquishing each foe tangibly rewarding. And new vehicles make traversing the expansive new environments feel fresh and fun. Humor and loot are spread liberally throughout this hefty adventure, and it costs a mere 800 Microsoft points ($10). No matter how far you've drifted from Pandora's orbit, The Secret Armory is so good that it is bound to pull you back in.

The Secret Armory of General Knoxx picks up where the main campaign of Borderlands left off. The difficulty scales to where players should be after uncovering the secrets of The Vault. For play-through one, that's around level 35; for play-through two, it's level 50. If your current level and play-through don't match these conditions, then you will either be over or underleveled when you visit The Secret Armory. It's not a flexible system, but at least it's clear and consistent. Once you arrive at the fast-travel kiosk in T-Bone Junction, you take on a mission to sabotage the now-very-mad-at-you Atlas Corporation. You get to explore some expansive and novel new areas, but that doesn't mean you'll be leaving the familiar behind. Characters both old and new contribute their delightfully eccentric personalities to your adventure. There are also plenty of amusing audio logs (a soldier singing about Ice Cream Day), self-referential signage (Scooter as a beer spokesman), and wacky enemies (Meat Popsicle). The Secret Armory of General Knoxx is one of the most humor-packed stretches of Borderlands yet.

It's also a fairly vehicle-heavy adventure, which is a welcome change given the total lack of vehicles in the previous DLC. You spend much of your time navigating stretches of elevated highway that are as perilous as any other part of Pandora. Fortunately, there are a few new vehicles to help even the odds, including a four-man monster with unique guns for every passenger. Driving mechanics are still a bit touchy, but the smooth roadways go a long way toward minimizing abrupt stops. These roads may be fun to cruise, but with roadside outposts, off-ramps, and makeshift underpass dwellings, there are plenty of reasons to get out and walk.

Whether you're in a car or on foot, almost every living thing you encounter still has it out for you. One of your main opponents is the Crimson Lance, the military division of the Atlas Corp. that gave you trouble toward the end of the main Borderlands campaign. There are some new recruits to tangle with here, including soldiers with elemental resistance, soldiers with jetpacks, and soldiers in giant mech suits. But perhaps the most vexing and the most tactically unique are the medics, who heal themselves and their compatriots with vigor. Fights against these opponents are tough, but in an intriguing quest-related twist, Crimson Lance soldiers now drop power cores when killed. Picking these cores up can give you a boost to damage, shields, or speed, making mid-battle scavenging a tactically valuable move. Of course, not every new enemy is employed by Atlas. You tangle with a jail full of willing inmates, a lanky new native species, and psychotic midgets that have learned new tricks (specifically, riding skags and hiding in lockers). And, of course, there are a number of sub-bosses, bosses, and one nigh invincible Secret Final Boss (as advertised on highway signage). This all adds up to a heaping helping of fresh, challenging combat.

If you survive enemy encounters, then you're rewarded with loot aplenty. The quality of the weapons, shields, and mods continues to increase as your level increases (the new cap is 61), and there is even a robust new type of chest for your looting pleasure. The ratio of quality goods to vending-machine fodder remains about the same, but the new heights of quality (and elusive super-rare designation) are sure to rekindle your desire to search every last chest and cardboard box. Rekindling is what The Secret Armory of General Knoxx does best as it embraces all the elements that make Borderlands so fun and addictive. And, it will likely keep you going for at least 10 hours. Whether you've just unlocked The Vault or maxed out twice over, The Secret Armory is an excellent reason to journey back to Pandora. 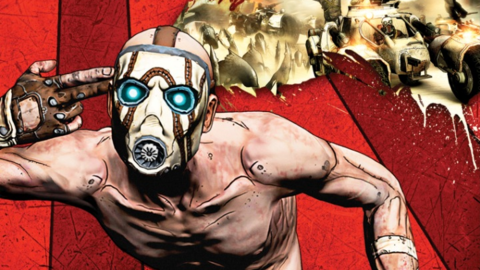