Borderlands 2: Headhunter 5 - Sir Hammerlock vs. the Son of Crawmerax Review

Borderlands 2: Headhunter 5 - Sir Hammerlock vs. the Son of Crawmerax Review

Gun in the sun.

To be a vault hunter means a life of tough, dirty, bloody work. Mostly bloody, but still, it's a lot of exhausting labor for that precious loot. Naturally, after fighting through a full game and plenty of content packs filled to the brim with rambunctious bandits, enormous monsters, and ambitious, murder-happy villains, the vault hunters could do with a little vacation.

In the final Borderlands 2 Headhunter downloadable content pack, called Sir Hammerlock vs. the Son of Crawmerax, we see our fatigued antiheroes taking a trip to beautiful Wam Bam Island, where they hope to kick their feet up, get some sun, and enjoy a fruity cocktail with Sir Hammerlock. But just as you start to feel relaxed, Hammerlock is snatched away by a neon-blue claw and dragged underground, leaving you to lock and load, and get back to work.

So much for that vacation.

Sir Hammerlock vs. the Son of Crawmerax ends the Borderlands 2 legacy, putting the cap not only on the Headhunter packs, but on any more content for the game. Thankfully, Son of Crawmerax delivers a proper end to the Borderlands 2 saga. This is both the lengthiest of the holiday-flavored Headhunter packs and the best, providing a challenging story boss, a hilarious side mission, a gorgeous, sizable new area to explore, and plenty of humorous narration from enemies and beloved characters.

A bright, blue sky envelops Wam Bam Island, a paradise adorned with white, sandy beaches, jungle flora, rocky cliffs, and an underwater dome surrounded by multicolored coral where clown fish thrive. You warp onto the island next to a small resort made up of huts and buildings raised on stilts and crowned with thatched roofs. The resort is split by a colossal water wheel, and is decked out in bright Easter colors of pink, yellow, and light blue. In the distance, an angry volcano erupts, belching smoke into the sky. Don't get caught staring too long at the environment; the areas are crawling with new and returning enemies, and all of them are eager to see your head on a pike.

This is both the lengthiest of the holiday-flavored Headhunter packs and the best.

Making a comeback from the game's first DLC pack, Captain Scarlett and her Pirate's Booty, are pirate bandits, this time sporting tropical apparel. The flying varkid insects also make a return to not just annoy, but also inadvertently aid you in your hunt for Hammerlock. New enemies include craboids, which are crustaceans that come in two varieties: small and irritating, snapping at your shins from under shallow pools of water, and large and surprisingly fierce. The dark recesses of the island are inhabited by natives, whom you battle on sandy beaches and in their home village nestled deep within a shattered dome. These warriors defend themselves with large wooden shields while throwing spears, distracting you long enough for their dimunitive witch doctors to fling a slag-charged spell in your direction.

It's impossible to become one of Pandora's chosen gun-toting badasses without making a few enemies in the process. Veteran vault hunters may remember Crawmerax the Invincible, the titanic crab worm that appeared in the optional mission of the Borderlands DLC pack The Secret Armory of General Knoxx. Long after his father's defeat, Crawmerax Jr. has emerged seeking revenge, and since the original four hunters have hung up their guns, he decides to set his claws on Pandora's new group of vault hunters instead. Whether you're still running to the hills from the flying rakks, or you're the undisputed terror of skags, Crawmerax Jr. is a challenging foe, who mimics many of his father's moves and abilities. He slashes and bites, and bores into the sand causing massive shock waves while his army of craboids attempt to soften you up. But you are well rewarded in your victory with a wealth of loot, chests to unlock, and a small version of Crawmerax Jr.'s head to wear as a mask.

It's impossible to become one of Pandora's chosen gun-toting badasses without making a few enemies in the process.

Finishing the story mission isn't the end of your island adventure. With Crawmerax's lineage ended, a new enemy appears, hungering for vengeance. In the optional mission, you are contacted via radio by Sparky Flynt, son of Captain Flynt, one of the first bosses you kill in Borderlands 2. Furious at you (and apparently his father), Sparky gathers six people who have been harmed by the latest group of vault hunters and turns them into assassins, sending them out one at a time with the goal of putting an end to your stay on Pandora. The optional quest isn't that strenuous, because the actual goal is to leave you in hysterics as you come face-to-face with all of Sparky's, ahem, formidable assassins. You don't know what to expect to come out of these reunions, but it's worth taking the time to see each one to its comical end.

As you play the pack, you are joined by the original vault hunters, who pipe in through your radio offering to aid you in your search for the missing Hammerlock, while provide entertaining back-and-forth dialogue. With Handsome Jack defeated, the tone of the conversations is unusually friendly. Mordecai talks about his new pet, Talon, which captures the adoring affection of Lilith. Her determination to befriend the bird, despite its tendency to occasionally bite her, leaves Brick bewildered. Though their presence was brief, they kept me smiling throughout most of the story mission. I'm going to miss those guys. Also making an appearance is Crazy Earl, who offers some assistance after asking for one last favor.

The pack comes in at around three hours, but there are plenty of reasons to visit Wam Bam Island more than once. You can fight Crawmerax Jr. a second time, which ups the difficulty but provides rarer loot. Defeating him again also unlocks a room filled from floor to ceiling with loot chests. You can fight through the areas while hunting down the new skins, which dress your character up in bright, tropical hues. Lastly, somewhere on the island lies a buried chest, filled with even more booty to plunder.

The second trip to Pandora has been a long and entertaining ride. Handsome Jack is gone for good, and this latest content pack ties up any remaining loose ends. Sir Hammerlock vs. the Son of Crawmerax is a short but entertaining episode that ends on a high note, with things finally looking brighter for the battle-weary vault hunters. Perhaps now they can start on that well-earned break.

Cameron Woolsey has spent dozens of hours on Pandora slaying bandits and ending threshers with his trusty blade and sniper rifle. For the purpose of this review, Cameron spent about six hours enjoying the sun. 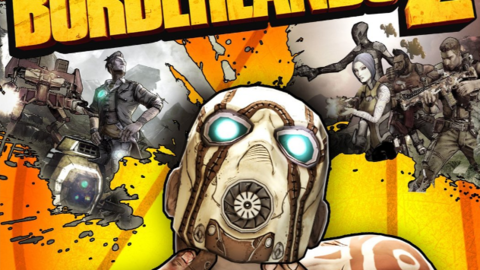 Borderlands 2 continues in its predecessors footsteps with four new characters, tons of new quests, and lots of shooting and looting.