Boombots is without a doubt in the running for the worst game of the year.

Clay animation and video games: Is it a winning combination? Given The Neverhood's track record of developing weak games based on clay animation (the self-titled Neverhood for the PC and Skullmonkeys for the PlayStation), the answer is no. Boombots is yet another game that tries to merge clay with gaming. But unlike Interplay's old and only marginally better Clay Fighter for the SNES, this fighting game has absolutely nothing going for it.

Cat aliens have stolen all of Earth's house cats. It's up to you, as one of several goofy-looking robots, to fight other goofy-looking robots until you can return the cats to their rightful homes. The fighting is similar to Midway's abysmal 3D fighter, Bio F.R.E.A.K.S., in that it takes place in a 3D arena. Most of the fighting is based on three types of projectile attacks - correction - the fighting would be about the three types of projectile attacks, but since the computer fighters are so susceptible to being thrown, you can simply run after your opponent while pounding on the R2 button and win every time. You can get out of throws if you're crafty - which the computer player obviously isn't. Against a human, you'll simply stay far away from each other, lobbing projectiles back and forth until you simply can't take any more - depending on your pain threshold, this will be anywhere between five and ten minutes.

Graphically, the game looks rough. The textures are plain and ugly, and the effects are just as drab. But the FMV cutscenes, completely rendered in clay, look pretty good, even if they are firmly on the just-plain-stupid side of the humor scale. The soundtrack sounds as though it was ripped from a Genesis game and only adds to the frustration factor.

Boombots is without a doubt in the running for the worst game of the year. The fighting is ill-conceived every step of the way, and the presentation doesn't bring anything to the table either. I shouldn't have to tell you to save your money, but just in case you're the type of person who skips to the end of every review, here it is in plain English: Stay as far away from this game as you possibly can. 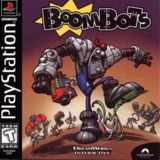 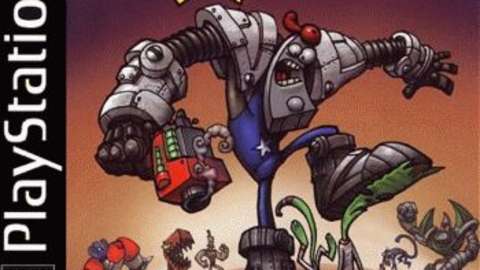 Boombots is without a doubt in the running for the worst game of the year.