The core Bomberman gameplay remains as enjoyable as ever, but there's very little to set Battlefest apart from its predecessors.

For more than 20 years, the Bomberman games have delivered frantic, good-natured fun, and the core gameplay of this popular series has remained unchanged for most of that time. It's not hard to understand the enduring appeal of the Bomberman formula. It offers accessible gameplay that just about anyone can have a good time with, making it as ideal a fit at frat parties as at family gatherings. Bomberman ain't broke and it don't need fixin'. But even so, Bomberman games are now so numerous that when one comes along that's very similar to its predecessors, it's hard to see the point. That's the problem here. Bomberman Live: Battlefest offers more fun but familiar Bomberman gameplay. This version is new on Xbox Live, but it doesn't feel new at all, since there's little here to set it apart significantly from Bomberman Live, which has been available on the service for years.

In case you're not familiar with Bomberman, here's how it works. You play as a bomberman who can drop bombs. You view the action from an isometric perspective. All of the competing bombermen spawn in an arena filled with blocks, some of which can be blown up and others of which are indestructible. Using your unlimited supply of bombs, you can blast your way around the stage and try to blow up other bombermen. Initially, you can drop only one bomb at a time, but destroying blocks reveals power-ups that enable you to drop more bombs, as well as move faster and punch or kick bombs out of the way. As matches progress, the action gets crazier and more dangerous; power-ups result in bigger and bigger explosions, and you acquire new types of bombs capable of rocketing across the screen and filling entire rows or columns of the arena with their explosive force. It becomes extremely tricky to try to obliterate your opponents while staying out of harm's way yourself. (If any of the power-ups or power-downs aren't to your liking, you can easily customize the list before playing.)

Bomberman is easy for anyone to immediately understand and enjoy while still rewarding smart, skillful play, and the increasingly explosive action makes for frantic party-game fun. It's at its best when played with friends who are all gathered in the same room, and Battlefest allows for up to four people to play locally. It also supports online play which runs smoothly, and if you want the action to get really crazy, up to four players on a single console can hop online together and compete with up to four other players. But this is nothing new; Bomberman Live offered this option as well.

You can also play Battlefest solo against computer-controlled players, but like most competitive party games, the experience falls pretty flat when played alone. It's a decent way to familiarize yourself with the different arenas and modes, though. There are 15 fields of battle, and aside from the classic arena and the giant arena, each one has a gimmick that affects the action. One arena is set on the deck of a pirate ship, for instance, where the stormy seas can toss bombs from side to side, lending an element of dangerous unpredictability to play, while blasts of energy in the time tunnel arena can speed you up or slow you down tremendously for a short time.

The most common and popular mode is Battle, where the goal is to be the last bomberman standing. But Battlefest also has modes in which blowing your opponents up isn't your main goal. These include Capture the Crown (a mode introduced in the WiiWare game Bomberman Blast), in which there's a single crown in the arena and the player who wears it for the greatest amount of time wins. And Battlefest introduces a few new modes, including Capture the Flag and one called Bankroll, which takes the Counter-Strike model of earning money for kills and using it between rounds to buy better gear and applies it to Bomberman. The new modes are nice to have, but they don't significantly change the way the game is played. It all feels very familiar.

With all of the movement and explosions that fill the screen with six or eight players running around on the field, it can sometimes be difficult to keep track of where you are and what's happening. It's helpful, then, as well as fun, to customize your bomberman using a wide variety of hats, heads, and bodies, many of which were included in Bomberman Live and 18 of which are new for Battlefest. These pieces have cheeky names like Sir Bombalot's Virtuous Face and Neil Bombstrong's Moon Suit, and it's much easier to tell your bomberman apart from the crowd when he's wearing Napoleon Bombaparte's Famous Hat than when he looks like a generic bomberman. As in Bomberman Live, you can also jump into the fray using your own Xbox Live avatar.

Bomberman Live: Battlefest employs the same simple but charming visual style the series has used for ages, and while it definitely won't impress anyone, it's familiar and comforting, much like this game as a whole. Battlefest is just more Bomberman, and while Bomberman is as fun now as it has ever been, considering that 2007's Bomberman Live is already available on the Xbox Live Arcade, this release feels redundant. If you don't already own a Bomberman game and want to blow up your friends in this timelessly enjoyable party game, Battlefest is a fine choice. But for everyone else, unless you're a voracious fan of the series who just can't get enough Bomberman, you can pass this one up. Battlefest isn't bad. It's just unnecessary. 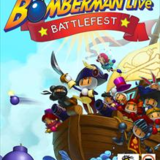 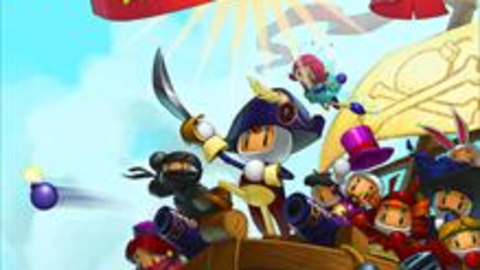