Surprisingly addictive and deceptively clever, Bomberman Generation has gotten the series back on track.

For all the Marios, Sonics, and Crash Bandicoots of the video game universe, there are just as many second-tier mascot characters like Hudson's nondescript bomb-dropping concoction, Bomberman. And while Hudson's white-suited explosives expert may not get the respect of some other, more high-profile characters, his image is indelible and his games have brought smiles to many faces. But the most recent entries in the annals of Bomberman history have been less than satisfying, so it comes as quite a surprise to find that Bomberman Generation is such an engaging and addictive game.

It may look like a 3D platformer or action game, but Bomberman Generation is really a puzzle game at heart, true to the series' origins. As is customary with games bearing the name, the object of Bomberman Generation's single-player mode is to blow up everything in your path on the way to each level's exit. But in order to blast your way through some areas, you'll have to find unique ways to get your bombs to their mark. To do so, you'll have to make use of the game's many different bombing abilities. Bomberman can throw bombs, kick them, detonate them remotely, stack them to create bridges across previously impassable gaps, and use them as a shield. It's become obvious that Hudson has run out of ideas for new bomb types, but it's how the different bombs must be used that make the game so challenging and rewarding.

At the game's outset, you'll be able to drop your bombs around the levels, get clear, then return to pick up your bounty once they have exploded. But later on, you'll note how objects that must be bombed will be placed behind obstacles that can only be overcome via constructive thinking. Sometimes you'll have to use several different bombing techniques in a short period of time or switch between four different elemental bomb types just to open one door.

For the most part, the single-player experience is a linear one. You'll progress through a level and then be forced back out to a menu screen once it's completed. But there are plenty of hidden areas in the game that can only be found by being thorough, and missing one of these areas can cause problems later on in the game. In many cases, you'll have to use the special elemental bombs to proceed, but if you didn't come across the special warp areas that will create these new bombs, you'll have to backtrack through each previously conquered area looking for them. It can become tedious and almost enough to make you want to stop playing.

A new twist to the Bomberman series included in this game is the addition of "charaboms." Charaboms are small creatures very reminiscent of Pokémon, and Bomberman will have one equipped at all times. As you blow up pots scattered throughout the game's environments, you're rewarded with charabom feed that will increase your monster's fighting abilities. Whichever charabom you have equipped when you pick up the feed will automatically eat it and rise in level. Equipped charaboms give Bomberman his different bombing abilities, so you'll have to switch between your stable of creatures at regular intervals. You're given a charabom at the game's outset, and you will be able to acquire more by defeating them in minigame battles that play out very much like the Pokémon games for the Game Boy Color or by "mating" two charabom characters to create a new one. The charaboms are a nice addition to the series, and raising them while playing through the single-player adventure adds quite a bit of strategy to the proceedings.

The single-player quest also contains four other minigames that will reward Bomberman with the items he needs to turn his normal bombs into elementally charged explosives. The minigames themselves are very simple, yet they can be incredibly frustrating at the same time. As mentioned previously, even once you acquire the item that will give you a new bomb type, you'll have to find the special warp area that will combine the item with Bomberman's bombs. The game also features a healthy number of boss fights, and you'll find that even the early bosses provide an adequate challenge.

Probably the most important element of this game, and one that will likely give Bomberman Generation the majority of its replay value, is its four-player multiplayer mode. Taking a step back in time, the multiplayer mode features all the modes and options of the old-school Bomberman games, and it's sure to make older players nostalgic. There are five basic multiplayer modes, and each one has plenty of customizable options. The standard battle mode is classic Bomberman, and it can be played on any of eight different stages. Reversi battle asks players to drop as many stage-coloring bombs as possible in the hope that when the time expires, more of the stage will covered in their particular hue. Probably the most addictive of all the multiplayer modes is the coin battle. Here players must blow up barrels containing coins. The object is to have the most coins when the timer expires, though players lose coins when they're struck with a bomb blast. Dodge blast asks the player to dodge a hailstorm of bombs that drop from the sky, while revenge battle has each player hovering around the playfield trying to shoot moles with a bombing apparatus. It's good to see the series return to its multiplayer roots with static camera angles and gridlike stages. Long after the single-player quest has been completed, the robust multiplayer modes will be calling players back for more.

Cel-shading is quickly becoming a new standard in artistic design, and Bomberman Generation makes liberal use of the technique. Characters are flatly shaded and have a faint black line that outlines their silhouette at all times. This cartoonlike look works well with the Bomberman universe, and it suits Hudson's penchant for creating interesting characters--particularly the bosses. One boss is a huge eight-legged elephant, while another is an enormous squid fused to the fuselage of a ship. The character designs for the more prevalent enemies are just as inventive, though a wider variety would have been nice. As it is, there are only a handful of different enemies in the game, and you'll quickly grow tired of seeing the same enemy themes repeated across all the different sections of each level.

The environments look simple, but they are impressive nonetheless, with plenty of objects that interact with the bombs--when some trees and pillars are struck, they'll fall down and provide a new way to travel. The game features some nice lighting and shadows that work well with the game's artistic design and provide a realistic contrast to the surrealistic settings. The camera can cause problems at times because it tends to adjust rather slowly, but most enemies move slowly enough that this is rarely an issue. Bomberman Generation plays from an isometric perspective, so you're never able to see much of the playfield at one time. There's no free look option, either, so you'll have to explore each nook and cranny to make sure you're not missing anything. Bomberman Generation features a crisp, clean look but is somewhat low on graphical effects. With that said, Bomberman Generation is far and away the most visually impressive game to bear the series' name, and its cel-shaded style is both appealing and appropriate to the franchise.

Unfortunately, the sound in Bomberman Generation does not meet the high standards set by the graphics and gameplay. The English voice-overs sound like they were done by the programmers instead of actual voice talent, and the music in the game sounds as if it were made on an old Casio keyboard. By the time you've finished a level, you'll wish there were more than one musical theme in each one. The sound effects are typical of what you'd expect from a Bomberman game, and a lack of Dolby support rounds out a rather lackluster auditory experience.

It's hard to get too caught up with any of the shortcomings, though. After all, the surprisingly addictive and deceptively clever Bomberman Generation has gotten the series back on track. The game has an extensive single-player experience, complete with monster raising, and a multiplayer mode that is worth the price of the game alone, so fans of Bomberman or multiplayer action should take notice. The cel-shaded graphics, while not technically astounding, are appropriate and clean, and it's good to see a classic franchise reborn in such an impressive fashion. 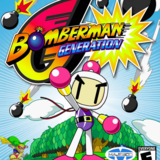 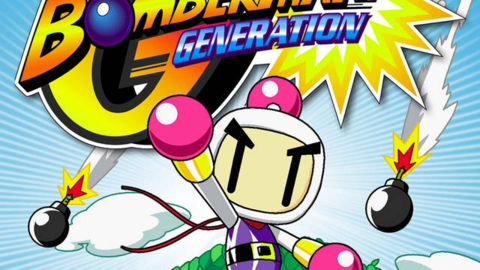 Surprisingly addictive and deceptively clever, Bomberman Generation has gotten the series back on track.