If Tetris is the general curriculum of puzzle games, Bombastic is the AP course.

Devil Dice for the PlayStation has proven to be one of the rare puzzle games that has been able to get away with forgoing the simplicity of design found in most post-Tetris puzzle games. The complexity of the rules and the amount of three-dimensional thought required kept the casual block-stacking types at bay, but the committed puzzle gamer able to work past the learning curve was rewarded with a ruthlessly addictive puzzle experience. Bombastic, which is from the same developer as Devil Dice and the equally arcane yet habit-forming Intelligent Qube, mixes up the Devil Dice formula by monkeying with some of the play mechanics, including several different rule sets, and pitching in a lukewarm quest mode. The quest mode is the game's largest misstep, but other than that, Bombastic offers some complex, satisfying puzzle action.

Explaining the fundamental mechanics of Bombastic to another person is almost as difficult as trying to play it. You're presented with a square play field populated by standard six-sided dice, and you're represented on the play field as a strange little pixie/Teletubby. As the game starts, more dice begin to fill the field, and it's your goal to clear out dice before the field fills up completely. To clear out dice, you must place dice of the same face value next to each other. Now, this is where it gets tricky. Perched atop a die, you'll use your sprightly avatar to move the die around the play field, though every time you move to a new space, the die flips to a new side, giving that die a different face value. Also, in order to clear out dice, you need at least as many dice as the face value you're trying to clear--so, if you want to clear out dice with a face value of three, you need at least three of those dice, to clear out fours you need at least four dice, and so on. Once you have the minimum number of dice triggered, those dice begin to "burn," during which time you can move other dice next to the burning dice, and if their face value matches that of the burning dice, they'll begin to burn as well, giving you a bigger combo. After a set amount of time, the burning dice will explode, letting off an explosion in all four directions, with the number of squares the explosion reaches matching the value of the dice. Any dice that the explosion reaches that are of the same value as the exploding dice or one number lower than the exploding dice will also begin to burn, which can be the start of some incredibly lengthy chain reactions. This is good for clearing dice, but it's dangerous for you, because it's generally game over if you get caught on top of a burning die when it explodes.

This convoluted rule set may sound intimidating, and indeed, it will take first-time players a while to fully grasp the basics, let alone get the hang of the more subtle strategies of the game. To its credit, Bombastic includes several step-by-step tutorials that explain the mechanics very methodically. But even with its slow pacing, there's a lot of information to take in all at once, and it's likely that most people simply won't have the patience to learn the game. To be blunt, Bombastic is not for everyone. If Tetris is the general curriculum of puzzle games, Bombastic is the AP course. It may frustrate many, but those who have become bored by Tetris, Bust-A-Move, and the rest will likely find the challenge quite satisfying.

Veering from the pure puzzle roots of Devil Dice, Bombastic includes a single-player quest mode. The quest mode tries to take the free-form puzzle action of Bombastic and conform it to a confined, linear level design, which turns out to just be a bad idea. The joy of Bombastic comes from finding the underlying order of the seemingly random chaos on the play field, with nothing but your wits to assist you. In the quest mode, you're given a series of preset puzzles, each with a very specific solution, boiling down most of the action here to trial and error. Every fourth level you're presented with a boss battle, which plays much like a standard game of Bombastic, though with some additional conditions and an increased sense of urgency. They're adequately challenging and frenetic, but these boss encounters simply cannot salvage the rest of the quest mode.

Thankfully, the quest mode is incredibly brief, clocking in at under two hours, and those willing to play through it are rewarded with classic mode, which alters the rules of the basic puzzle mode to play identically to Devil Dice. Classic mode is a slower, friendlier strain of Bombastic, discarding the exploding mechanic entirely, with the dice instead sinking into the floor when triggered. Also, the only way to clear a die with a face value of one is to place it next to a triggered die, which will then trigger all dice with a face value of one on the field. Players who find the standard play mode in Bombastic too nerve-wracking will probably find the classic mode to be far more palpable. But if you're looking for another kind of challenge, scoring well in the classic mode will unlock advanced mode, which abides by the same basic rules as classic mode, except that you can toss dice that are adjacent to the die your standing on and stack dice of the same value on top of burning dice, increasing your combo points exponentially. All these different rule sets can be bewildering, but each mode has a unique feel to it, lending the game a great deal of variety.

On top of the different rule sets, there are also several different modes of play. On your own, you can play an unlimited game, which will just keep going until all of the squares on the play field fill up with dice or you get blown up, or you can play a game where you have a set amount of time to clear as many dice as you can. Bombastic also has some awesome multiplayer action, allowing up to five people to play at once on a single field. Though the field will scale larger when more people are playing, playing with the maximum number of players makes things confusing.

Bombastic generally has a clean, sparse look to it, without any frills that might distract you from the action. The characters are cell-shaded, accentuating their inherent cuteness. There are some decent-looking effects in play, with certain events accompanied by a nice little lightning effect. Burning dice give off a nice glow, and the subsequent explosions look good, though when you clear out a large number of dice at once, resulting in a huge explosion, the frame rate has a tendency to chop up a little bit. The music in Bombastic is primarily made up of cutesy J-pop tunes with a slightly funky hip-hop edge, and the characters are constantly chirping little Japanese exclamations in squeaky voices. The whole package comes across as lightweight and sweet, which is ironic considering the rather brutal level of difficulty offered by the game itself.

It cannot be stressed enough that Bombastic is a game suitable for a very specific audience--that is, players who have a thirst for a challenge beyond what most puzzle games have to offer. The logic is complex, and the pacing is manic, but if you commit to the concept, the experience is undeniably exhilarating. That said, anyone who doesn't find high-level Tetris to be old hat should approach Bombastic with extreme caution. 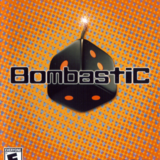 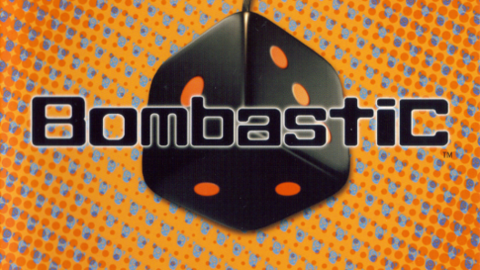 If Tetris is the general curriculum of puzzle games, Bombastic is the AP course.