It's easy to identify many of Blue Fire's potential inspirations. Its platforming, combat, and overall structure harken back to the sprawling maps and challenges of Hollow Knight, its handful of dungeons could pass for shorter versions of those in most Legend of Zelda titles, and its progression mixes many elements synonymous with From Software's Souls series. But developer ROBI Studios struggles to bring all of these elements together in a cohesive fashion, and the addition of the studio's own ideas to the mix weighs down Blue Fire's otherwise exceptional platforming.

Blue Fire's most prominent focus is its platforming, which permeates every action you take across its 12-hour adventure. You start with just a jump and a dash, and Blue Fire immediately makes great use of these limited mechanics by giving you a satisfying amount of control over your movements. The length of each jump or dash is tied to the length of a respective button press, which means you can easily cancel either action in mid-air and have greater control over your aerial movements. This in and of itself isn't unique to Blue Fire, but the fine-tuned feel of movement makes leaping around each varied biome in its world a treat.

These basic movements are coupled with a growing repertoire of moves that you acquire as you progress, including movement speed boosts, wall-running, and double jumps. Blue Fire introduces these new mechanics gracefully; you have plenty of time to get to grips with one before being tasked to learn another. Eventually, stringing them all together feels like you're conducting an elegant ballet in mid-air, accurately timing and weighing each button press with care to make sure you're making pin-point jumps around areas designed to challenge these skills.

Some of these abilities are locked away in Blue Fire's handful of dungeons. Like in The Legend of Zelda, each one is designed around the upgrade it contains, presenting you with initially insurmountable challenges before giving you the exact tool you'll need to solve them. These dungeons have just a handful of additional treasures to plunder outside of their main route and never feel like prolonged detours from the main attraction of navigating through Blue Fire's large world. But they do offer more focused examples of platforming and combat in equal measure, which does highlight the shortcomings of the latter.

Blue Fire's combat isn't nearly as finely tuned as its platforming. Its lock-on system could again be compared to The Legend of Zelda, letting you hone in on and rotate around a desired enemy. You can die very quickly in Blue Fire, so you're encouraged to read enemy movements and react with timely blocks and parries, which drain a limited mana bar that doesn't replenish during combat. Confusingly, though, blocking an enemy attack will often send you flying a substantial distance backwards away from your foe, forcing you to trade taking damage with potentially falling to your death. Getting the timing right on a parry is equally pointless, since the slow motion it triggers is so prolonged that it's difficult to gain any advantage from the small window where an enemy is staggered. Both eventually led me to rely more on just avoiding enemy attacks entirely instead of trying to use my shield thoughtfully.

Peppered throughout the world are numerous optional platforming side challenges, each of which take place in an otherworldly void that allows for more experimental level design. Large swinging buzzsaws and stretches of collapsing platforms that would look out of place in the more curated biomes of the main world are used to truly challenge both your understanding of your movement abilities and how well you've mastered them. These areas do reward you with health upgrades but are otherwise entirely optional, which allows their challenges to push your ability without impeding overall progress through the story.

Although these stages are satisfying to complete, their length and lack of checkpoints make them more frustrating than their challenges warrant. Some of the later stages can be extremely long, with your progression through them tied to the slow pace of moving platforms. Having to restart the entire level after a single blunder is deflating, especially when many of them require you to experiment with timing and your approach to figure them out. It's enough to make the intricate design feel wasted, in addition to your time.

Getting between main dungeons and optional void challenges requires extensive backtracking, which does give you opportunities to explore nooks and crannies that were previously inaccessible. Although it is satisfying to easily move through a once-challenging area, the lack of a map often makes this backtracking tedious. It's frustrating trying to remember which paths lead where, especially when many transitions between biomes involve a loading screen that breaks up the fast-paced navigation. Exploration naturally fills in your mental layout of how these areas connect, but as new objectives force you to remember very specific locations of objects you might have just breezed past your first time around, the latter parts of the story can quickly bring the otherwise brisk pace of progression to a grinding halt.

Accentuating this is Blue Fire's adoption and iteration of a Souls-like save system. You save progress at numerous stone statues, which also act as the only points where you can purchase upgrades, equip ability-altering spirits, and more. These statues aren't immediately accessible when you encounter them, however; you have to buy access to each one, and the costs increase as you go. Considering you lose all your carried currency upon death and lose it permanently should you not recover it where you died, it's incredibly easy to find yourself in a frustrating loop of trying to accrue enough funds just to be able to save. This leads to many instances where you will have to trudge through familiar territory to get back to where you died, if only because you couldn't bring a checkpoint to life on the way.

This grind for currency might have been easier to swallow if ore--the in-game currency required--was dropped by enemies as opposed to just being in breakable objects around the world. Given that unlocking new weapons, spirits, upgrades, and certain side quests all require ore, Blue Fire's gameplay loop is consistently encouraging you to stop progressing in order to just break everything around you in a hunt for every single scrap you can find. Conversely, the currency you earn for defeating enemies can only be used on mana upgrades. More annoyingly, there is an initial limitation on how much ore you can carry at one time, which is messaged poorly. After selling numerous precious stones to a merchant, I was puzzled that my overall total had not increased by the amount I expected, which was the first indication of the limitation existing. This forced me to seek out ways to increase my ore-carrying capacity to prevent future backtracking to and from merchants, a detour that didn't add anything meaningful to Blue Fire's gameplay.

It's disappointing that Blue Fire is unquestionably fun to move around in but is hampered by design decisions that hold back its free-form platforming. It's difficult to experiment with the reaches of your agility when it's so easy to lose large swathes of progress due to a misstep, a punishment that permeates not only exploration but the otherwise expertly designed platforming side challenges. Its economy relies too heavily on one in-game currency and unnecessarily blocks progression, making it feel like Blue Fire isn't respectful of your time. You'd have to really fall in love with Blue Fire's one well-tuned mechanic to make its entire adventure feel worthwhile. 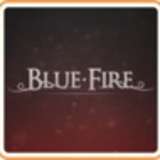 Alessandro found inventive routes through Penumbra's twisting biomes across 12 hours with Blue Fire on PC. He could not get over how much the protagonist reminded him of South Park's Kenny.