One of the more original and exciting fighting games this year.

Bloody Roar is yet another 3D fighting game for the PlayStation. It closely mirrors the arcade version (titled Beastorizer) but also adds new features in the process, resulting in a game that is better than its arcade counterpart.

Bloody Roar may look like a pretty plain fighting game at first glance, but with one tap of the Beast button, all that changes. In addition to a life meter, there is also a beast meter that slowly fills as the fight progresses. Once it gets to a certain level, characters can transform into a faster, stronger animal. Alice turns into a killer rabbit, Greg turns into a giant gorilla, and Fox turns into, well, a fox. In their beast forms, the characters can use new moves, as well as execute the characters' other moves a little faster. Unique to the PlayStation version is the Beast Rave, a fourth button that when pressed, hops the player up, allowing him to attack with almost no break in between moves. The downside of the Rave mode is that using it drains your beast meter, forcing you to fight as a human. The game's combo system keeps the game moving at a very fast pace. Most combos can be achieved through button-mashing, but if you take the time to learn the game, you'll definitely pick up some nice tricks. Toss in the special moves you gain in Beast mode, and you've got an action-packed fighting system.

The graphics in Bloody Roar are every bit as good as the arcade version. The game runs fast and very smoothly. The game's moves are also very dynamic, resulting in a lot of oohs and aahs as a wolf bites a chunk out of his opponent's neck and blood spurts everywhere, splattering on the ground. The music is typical fighting game fare, but the sound effects are really great.

Bloody Roar is one of the more original and exciting fighting games to come along this year. While it probably won't compete with the likes of Tekken 3, it's still a solidly fun fighter with an original take on the genre. 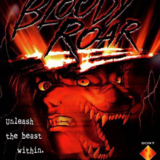 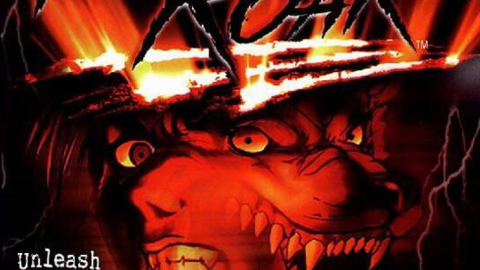 One of the more original and exciting fighting games this year.