As if the idea of beating people up using exaggerated martial-arts combos weren't enough of a draw, the Bloody Roar games also let you transform into anthropomorphic animals that, according to the games' fiction, are even better than humans at beating people up using exaggerated martial-arts combos. The fifth game in the series, Bloody Roar Extreme, is mostly a straight port of Bloody Roar: Primal Fury for the GameCube, a game that's over a year old and is itself based on 2001's Bloody Roar 3 for the PlayStation 2. So Bloody Roar Extreme isn't exactly a fresh take on fighting games, though it looks good and controls well enough. It also inherits its predecessors' rather simplistic fighting system, though this first Bloody Roar game for the Xbox can nonetheless provide some fast-paced button-mashing fun for a while.

Bloody Roar Extreme is best suited to those who aren't too serious about the fighting genre, though there's at least some level of depth. The controls are simplistic--there's a punch button, a kick button, and a button that makes you instantly change into your character's beast form, if you can do so at the time. Alternately, when your beast change meter is full, you can hyper-transform, which puts you in a powered-up beast form for a little while. You can also use the shoulder buttons to sidestep left or right, though such tactics are usually unnecessary. You'd do just as well to jam on the punch or kick buttons rapidly in order to produce long strings of dazzling attacks.

You might think that varying up your punches and kicks, or using throws or counters, would be a good idea. In practice, though, you don't really have to. Not against the computer, anyway. The computer can be easily beaten by using the same moves over and over. At higher difficulties, and especially toward the end of the arcade mode, the computer starts fighting cheap. You probably won't mistake this for a challenge, though. At any rate, if you've ever wondered what the pejorative expression "button masher" really refers to, you'll find out when you play Bloody Roar Extreme. It's unfair to say the game's fighting system is totally superficial, since there are a few complex tricks that can be learned. However, you could get by more easily without bothering. The difference between an excellent fighting game and a game like Bloody Roar Extreme is that Bloody Roar offers little reward or advantage to players who bother to learn all the moves. As if to discourage you from even trying, there's no in-game move list for the fighters.

The combat is very dynamic, at least. Many attacks send the opponent on the receiving end flying backward, fast and hard, sometimes into walls, and sometimes straight through them. Other attacks send opponents skyward, letting you follow up with juggle combos. Every character has a couple of devastating supermoves that turn the screen into a porridge of hit sparks as a gratuitous combo meter racks up dozens of effortless hits. These supermoves, though toned down somewhat from Bloody Roar 3, are still really powerful, letting you easily shave off about a third of your opponent's health. Meanwhile, transforming into beast form, as in previous Bloody Roar games, is just as much a gimmick as a gameplay element. Actually, if you've played previous Bloody Roar games, it's far less of a gimmick by now. At any rate, characters in beast form gain a few new moves and abilities and regenerate some of their lost health, but they otherwise aren't too different from their standard forms. The characters aren't too different from one another either, once you get past their looks.

Bloody Roar Extreme has some secrets that can be unlocked, including a hidden fighter who wasn't in Primal Fury for the GameCube. Since it won't require much effort for you to beat the game with any of the characters, it's nice that the game at least throws in some bonus stuff for variety's sake. Even so, since the computer won't pose much of a long-term challenge, you probably won't get much value out of Bloody Roar Extreme as a single-player game. There are more than a dozen characters, but you could finish the game with all of them in a sitting or two. As a two-player game--and fighting games are always better when you play them against a willing human opponent--Bloody Roar Extreme can be fun, though it can also be frustrating because of the punishing supermoves and easily performed chain combos. Still, if you don't take your fighting games too seriously, you'll probably enjoy playing the game against a friend for a while.

For some reason, Bloody Roar Extreme replaces Primal Fury's anime intro and ending sequences with prerendered CG cutscenes that look OK at best. Bloody Roar's in-game graphics are actually better--the character models look good and animate smoothly. You'll notice the fighters' facial expressions changing and nice little details in their clothing, plus the whole game runs at a smooth 60 frames per second. The background scenery isn't quite as well done as the characters, though it still provides plenty to gawk at. The graphics of Bloody Roar Extreme hold up surprisingly well, and for better or worse make this as good looking as any other fighting game on the Xbox.

The audio hasn't stood the test of time quite as well. The characters' voices fit them well enough, though they repeat the same sound bites over and over, and when they shape-change to animal form, they sound pretty generic. The game's upbeat soundtrack, which consists of completely uncool guitar riffs, is perhaps a suitable match for its anime-influenced character designs, though it can also get rather irritating.

Overall, Bloody Roar Extreme isn't as good as any of the latest installments in the major 3D fighting game series out there, though it's certainly competent and appealing in some ways. It'd make a decent rental and a fine way to kill some time, especially if you have some friends who'd be willing to try it. Even if they're not into fighting games, you wouldn't be lying if you told them it's easy to get into and get good at Bloody Roar Extreme. 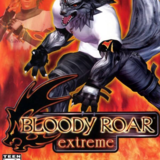 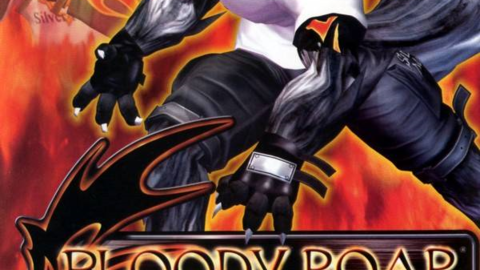