The remaining humans in Bloodborne’s dead city of Yharnam think you’re making a mistake to even consider this new adventure. When you talk to them, they say that there’s nothing here for you, that it’s a nightmare. They’re incorrect on both counts. As an expansion that is a couple of areas and one boss fight short of being robust by add-on standards, The Old Hunters still has a good deal of tests for hardened Bloodborne and Souls enthusiasts. And no, the re-imagining of this Gothic urban landscape isn’t a nightmare--it’s a hellscape.

The Old Hunters is replete with difficult encounters, especially against hunters and fearsome bosses. The enemies that lurk along Yharnam's dark pathways are as ruthless as any you would find in the main game. Many approach you with heightened bloodlust and fearless aggression, driving the point home that you are unwelcome.

Conversely, the return of Bloodborne’s sublime combat makes The Old Hunters immensely inviting. Every encounter demands thoughtfulness and dexterity, an experience all the more satisfying when you learn how to be swift and efficient with your actions. It means waiting for chances to attack and using patience through defensive dodge maneuvers. There’s added depth in the Rally system that was also available in the main game, where lost health can be regained through assertive offense, which encourages many thrilling close quarter duels.

The new bosses here are a great complement to those from the main game, and they're more imaginative than what you can find in the chalice dungeons, too. They bring unexpected tactics to fights, making it hard to rely on your existing strategies. A couple of foes, such as the grossly deformed Ludwig, fight back against tried-and-true tactics such as rolling towards your opponent, so don't be surprised if they body slam you when you least expect it. Despite the somewhat familiar world and rules, The Old Hunters isn't short on surprises, even beyond boss fights. There are more than enough jump scares to make you yell at your TV and environmental traps that will make you feel like a complete imbecile if you have a propensity for leaping before looking.

Equally engrossing are the mysteries borne from the myriad riddles hidden in conversations and cutscenes. Even after vanquishing every foe at least once, there’s very little one can deduce regarding the history of the hunters, let alone the reasons why some cooperate with you while others simply want you dead. The many new items included in The Old Hunters add to the overall lore with cryptic inscriptions, too. If you love the backstory, there’s value in reading the history of an item as unassuming as the Constable’s Trousers. Then there’s the Beasthunter Saif, a predecessor of the Saw Cleaver that affirms the events in The Old Hunters preceded those in Bloodborne proper, adding another unexpected layer to Yharnam's mysterious past.

Despite the somewhat familiar world and rules, The Old Hunters isn't short on surprises.

Like many of the other weapons in this expansion, the Saif’s base stats don't deviate far from the arms in the main game. Same goes for the Fist of Gratia, a crude hunk of iron that effectively functions as a brass knuckle in the ranged weapon slot. While the Saif essentially functions like the Saw Cleaver, you’ll find nuance in the speed of the combos, with your hunter’s arm stretching a bit further with each swing compared to the immediacy of the attack from the Saw Cleaver. Alternatively, you can now wield the Whirligig Saw, a deadly pizza cutter that attaches to an almost equally lethal bent staff. Simon’s Bowblade, a sword that transforms into a bow, is an inspired piece of work even if its concept is more impressive than its application in battle, as it’s one of the tougher weapons to master.. Bloodborne reaches peak From Software fan service with the Holy Moonlight Sword, a large blade that has seen action in the studio's other titles from Otogi to Armored Core. Aside from being viable alternatives to the flagship weapons, it’s intriguing to see these new tools work in action even if some do not cater to your specific play style.

For as disturbing and depressing as Yharnam is in Bloodborne, it felt like the dark city still had a chance at redemption. The version of this city in The Old Hunters is beyond salvation. All the familiar paths are now covered in what appears to be hardened dough, with fingerprint-like lines and ridges. Countless gallons of blood drench the lower areas, leaving you to wonder how in this city managed to rid itself of these bulbous mounds and red pools before the events of the main game. This alien landscape makes this expansion feel fresh, despite the familiarity of the towering landmarks that make up Yharnam’s skyline.

The Old Hunters is Bloodborne from another time and place, and with more difficult bosses and confounding stories to unravel.

Knowledge of the full game’s maps and shortcuts are of no value here and that’s okay. Figuring out a new locale is one of Bloodborne’s many pleasures. To find the opposite side of a locked gate, thereby revealing a shortcut to a previously visited area is also immensely gratifying. It’s a fitting reward for vanquishing the last few dozen foes that hindered your journey to that gate. These exploration-driven rewards are certainly present in The Old Hunters.

With optional companions, this unfriendly world becomes slightly less hostile. An NPC hunter is an adequate contributor in battle, distracting bosses and taking off small chunks off the enemy’s health in the process. You can return the favor by getting the opponent’s attention, thereby giving your companion a chance to heal. The AI can be an asset but given their inconsistent behavior and the inability to give them directions, there’s more profit to be found in allying with players. Speaking of co-op, the League serves as a substantial addition to Bloodborne’s Oath factions. Compared to passive incentives to joining the Executioners or the Vilebloods in the original game, the League is more goal-oriented, encouraging co-op play while also bringing a performance-based leaderboard into Bloodborne.

There’s beauty in both success and failure in Bloodborne. A one-second lapse in concentration can place you at the receiving end of a fatal combo but if you can maintain a persistent presence of mind, a triple-digit killstreak is not unheard of. Being tested by new foes in these new lands is an unquestionable joy, as is the ability to bring these newfound armaments and treasures into the main game. The Old Hunters is Bloodborne from another time and place, and with more difficult bosses and confounding stories to unravel, it's a fitting complement to the original, gruesome adventure.

View Comments (459)
Back To Top
9
Superb
About GameSpot Reviews

Miguel’s prior work on Bloodborne walkthrough for Gamespot gave him more than enough preparation for The Old Hunters. What resulted was an eight-hour playthrough through all of this expansion’s locales and an additional hour using the new gear in the main game. 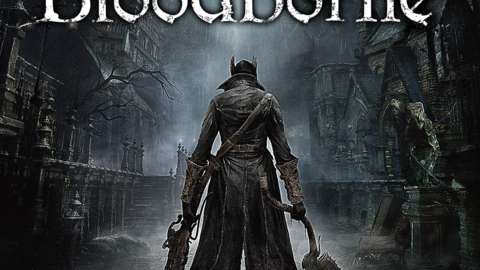 Bloodborne is a new PS4 exclusive title from Software and Hidetaka Miyazaki, creators of the critically acclaimed Demon’s Souls and Dark Souls games.