I was two touchdowns up and they hadn’t stepped into my half, yet I was going to lose. In previous matches, against Dark Elves, Dwarfs and High Elves, I’d relied on focusing superior numbers of human players around my Ogre, to get support for blocks on the enemy hard targets. Once they were down (knocked out or stunned) I could quickly create a channel through to the endzone for my ball-carrier. My mistake was thinking we could go toe-to-toe with Orcs. Their array of Blitzers and stronger Black Orcs meant that I had to spread my hard hitters more thinly, and couldn’t take them down as quickly as they could my players. Halfway through the match I looked down and saw my injury box full of K.O.ed players and nobody left on the bench. Losing seemed inevitable...

Blood Bowl 2 is a note-perfect recreation of a Games Workshop tabletop American Football game set in the Warhammer Fantasy Battle universe. That means it’s turn-based, packed with dice-based randomness and heavy with rules that are quite mystifying to new players. Oh, and it’s chock-full of Orcs, Vampires, Skeletons, Ogres, Trolls, Elves and Dwarfs, violence, and cheating.

In a typical match, players (either human or AI) take turns moving and blocking with their team, whilst trying to get the pigskin ball from their half to the opponent’s backline for a touchdown. Just like American football, passing is a huge gamble and many teams just play a running game, or even a hitting game where you just try to injure your opposing team.

"Every turn has you organising the most important actions in your head, then recognising their probabilities."

There are dice rolls for almost everything. Want to move out of a player’s tackle zone? Move a die. Want to pass the ball? Throw that die. Want to sprint an extra square? Run that die. Want to grind on a downed player’s throat to send him out of the match? Stamp on the die. Blocking is represented by throwing multiple dice depending on the player’s relative strengths, with the higher strength player allowed to pick the outcome from the dice. Fortunately, the game now tells you what the percentage chance of success is, rather than having to work it out yourself from basics.

Given that the match engine is built on so much randomness, Blood Bowl is actually all about learning, positioning, and avoiding gambling until you have to. Even what seems like the most sure-fire action can result in a horrific failure. A three-dice block from a levelled-up strong player on a rookie should knock them down 95 percent of the time, but that small chance of the veteran going down does crop up, and you have to play knowing that.

Any failure, however minor, means a turnover, where control switches to the opponent. So, if players are unlucky enough to fail their first action every turn then the game can be over very quickly, but a game between two players who know what they’re doing, who only take calculated risks, can last more than half an hour.

Every turn has you organising the most important actions in your head, then recognising their probabilities. You always move your players into covering and supporting positions first, if possible. Sometimes you don’t do things just because a small chance of failure is enough to ruin your plan entirely. Let’s say you have a three-dice block lined up which would likely result in an injury, which would give you a numerical advantage in later turns. But you have also have a ball-carrier standing near the enemy scoring zone with enemy players just a few steps behind them. Here, you play the ball, not the man. Scoring is the most important thing, and only when you’re way ahead can you afford to gamble.

Unless, of course, you’re a team that plays the man, not the ball, like the high strength Chaos team or the block skill-heavy Dwarf team. The aim of these guys is to be as close with as many players as possible, get them on the floor, then stamp on them when they’re down. Even with the average human team, I played games where I knocked out almost the entire opposing team and just ran the ball to the touchline each turn.

That’s the joy of Blood Bowl, the way that the slightly different stats, costs, skills, and levelling path of each team member will result in huge team differences that play out in every action. The extra point of strength that a Black Orc has over a normal Orc means that he’ll normally be attacking with two dice instead of one, which hugely increases his chance of success.

"Even with the average human team, I played games where I knocked out almost the entire opposing team and just ran the ball to the touchline each turn."

Developer Cyanide has improved the game substantially since its previous iteration, renovating the terrible UI and making it much more understandable and user-friendly. New elements like the Cabalvision preview let you see what will happen with your current action should you choose to go ahead with it. There are still problems, however. It seems to take ages to block an opponent, as you pick the target, confirm the block, roll the dice, choose whether to re-roll, pick a single die from your roll, pick the direction that the opponent will be pushed, choose whether your player will follow up, and finally have to watch a short unskippable cutscene of the block. In a turn you might do several of these blocks, which is why there’s a timer to restrict the turn to four minutes.

Though the individual games are important and enjoyable, it’s the league modes where the game really comes to life. These are single-player or online multiplayer, with a wide management model (now including stadium upgrades) and handicapping to balance weak teams against strong ones. Every difficult action in the match game (scoring, passing, injuring) gives XP to your players, and as they level you get a choice of random upgrades to customise them. My chaos team’s Minotaur got a mutation that replaced his left hand with an enormous claw, massively increasing his chances of injuring people.

Injuries or deaths in a single game are just annoyances, because they can take key players out of your team for the rest of the match. A permanent injury can also render a player effectively useless; who wants a slow catcher or a half-blind thrower? But in the campaign mode, replacing a dead or crippled player can be horribly expensive. Teams with low armour, like the agile Skaven or the Wood Elves, are especially prone to this, but even tough teams regularly lose players.

Cyanide has made some welcome changes to the League system, making it slightly more comprehensible and matches easier to arrange. They’ve introduced ageing into the league modes, so that teams really do change over time, meaning you can’t rely on that star player always being there. The new online transfer market is a bit more of a gamble (see Diablo III); there were no players listed in the review version so we’re not sure how well it’s going to work. But the new live streaming and replay integration (under the name Cabalvision) is a very welcome touch.

This version also introduces a single-player campaign mode, which was the most egregious absence from the earlier games. You’re the new coach of the Reikland Reavers, the most famous human team, which has fallen on hard times. Most of them have been killed, their two-star players are in hiding, and a strange new sponsor is manipulating them behind the scenes. Through the long campaign you’ve got to recover the team’s fanbase and standing, rebuild the team from a bunch of rookies, recover your star players, and discover what the nefarious plot is that threatens the team every match.

You can really tell that Cyanide has put a huge amount of work into this, from the gorgeous animations throughout, to the gentle humour of the two commentators, to the sheer length of the story. Many missions have surprise events that happen partway through, or tough victory conditions that you have to achieve, as well as winning the game. The AI teams still make stupid mistakes and behave irrationally but, hey, that’s the current state of AI.

The campaign mode also doubles as a tutorial, which again was a terrible absence from the earlier Blood Bowls, where each match unlocks a new aspect of the game. For new players, the campaign is a gentle (if long) introduction, after which they’ll need to start reading tactics sites like bbtactics.com to get ready for online play. By the time a new player is halfway through the campaign, you’ll be able to play the basic game as well as many veterans, though you won’t have the required deep stats knowledge about the chances of every action until you’ve played for weeks. One suspects that this kind of data memorisation will definitely appeal to DOTA and LOL players in search of a new challenge.

Though Blood Bowl's interface has improved substantially since the previous game, we still have some quibbles. Not everyone will get on with the strange rotating camera zoom. It would be great to speed up the opponent’s turn, or indeed all player actions, because games do take much longer than they should considering how little happens. And, like the Blood Bowl Star Coach game (which died in beta) the option to automate your team members a little, and remove some of the drudge work involved in blocking, would be welcome.

What will annoy Blood Bowl players more is if the DLC strategy replicates the previous game's. The previous Blood Bowl was released in three full-price versions, adding a small number of teams each time. Players who’ve pre-ordered Blood Bowl II already had to choose between the Lizardmen and Wood Elf teams as a bonus unlock, which suggests the other will only be available for a price. Although Blood Bowl II already has a relatively robust line-up, there are many popular teams which are still missing from this version, such as the Halflings, Underworld, Nurgle, and Chaos Dwarf teams.

For a French recreation of a British board game pastiching an American hobby, Blood Bowl 2 is remarkably coherent. Perhaps if Cyanide had stuck less rigorously to the board game and streamlined some of the processes, then they’d have made a better video game too, albeit one that could have alienated their hardcore fanbase. Yet overall, Blood Bowl 2 is a step forward. It's a much friendlier, easier game than its predecessors, with improved looks, a tutorial campaign, controller support, and the UI improvements. New players won't feel blocked off from enjoying it. 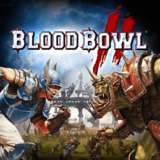 Dan has been playing Blood Bowl as a board game since the early 90s, and put too many hours into the previous Blood Bowl game; he put a week into this pre-release version and plans to play a whole lot more. His favourite star player is Puggy Baconbreath.