If you've got a N64, and you're into puzzle or action games, I highly, highly recommend this cartridge.

Whether you'll admit it or not, I'm willing to bet that there was a time in your life when there was nothing cooler in the world than watching construction equipment do their thing. I'm also fairly sure that you spent a great deal of time sitting around in your backyard filling up hapless Tonka trucks with dirt, sticks, and rocks - and making engine noises with your lips that would leave anyone within a three mile radius of you covered in saliva. Unfortunately those halcyon days of youth have passed, and we must move on to more adult pursuits. Like Nintendo's newest N64 title, Blast Corps. In this frighteningly entertaining new cart, developers Rare have gone all out, combining nuclear weapons, giant robots, construction vehicles, AND load motor noises in one title. The results are spectacular.

Unlike most games that revolve around destruction, Blast Corps actually gives you a pretty good reason for leveling an entire city block. A nuclear device has started leaking, and it's headed on an automatic path through the middle of several populated towns. You've got to destroy any buildings in the carrier's way, find glowing dots called RDUs (there's a rational explanation for this too, but it escapes me right now), and free any trapped civilians in order to beat each level and move on to another part of the globe. Although this sounds fairly mindless, the unique relationship between the terrain and the vehicles you pilot ensures that Blast Corps will exercise your mind as well as your reflexes.

And there are plenty of vehicles to choose from: Ramdozer, a powerful and easily control bulldozer; Backlash, a bizarre dump truck that requires you to attack by sliding into buildings; Skyfall, a weird race car that forces you to drop down on top of buildings; Thunderfist, a giant robot that rolls along the ground like an armored bowling ball; and best of all, J-Bomb, a flying monstrosity that blasts into the air, and then slams into the ground laying waste to all beneath it. This is by no means a complete list of the many devices that you get a chance to control during the course of the game - trains, cranes, and even police cars can become tools in your effort to save the populace.

So basically what you have here is a game with great graphics, great sound, and a great premise. What's even more impressive is that the game doesn't really have any substantial flaws to speak of - unless you want to count lack of a two-player mode, which really isn't fair. If you've got a N64, and you're into puzzle or action games, I highly, highly recommend this cartridge. 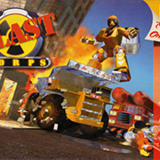 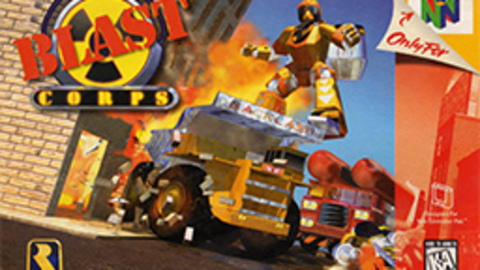 If you've got a N64, and you're into puzzle or action games, I highly, highly recommend this cartridge.