This metroidvania tribute escalated rather quickly.

The gruesome opening of Blasphemous bluntly sets the stage for the type of game you're in for. After awakening amongst a sea of deceased worshipers, the silent protagonist, known only as The Penitent One, slowly makes his way through a long-abandoned citadel. Blocking his exit, however, is a so-called warden who wields a golden chandelier as a club. After dodging its attacks and striking when its most vulnerable, The Penitent One removes his helmet near the slain beast, fills it with the blood of the defeated foe, and immediately pours it over his head.

It's undoubtedly an over-the-top intro, yet its feats pale in comparison to the other horrors that await. Blasphemous is an exceedingly bleak adventure with strong religious undertones throughout. What's driving you as The Penitent One is your goal to find the source of the mysterious Miracle, a supernatural force that has created tangible manifestations of people's guilt throughout the land. The structure for Blasphemous' peculiar narrative and hack-and-slash gameplay pays hearty tribute to the Souls series and metroidvania subgenre. Though this reverence for established formulas can come off as derivative, the concepts are suited perfectly to the macabre atmosphere.

Despite its grim nature, however, there is an alluring quality to the dark setting. It can often be oppressive with how unrelenting it all is, yet I still felt intrigued by it all. Some of the most fascinating and exciting moments come from unraveling more locations and minor storylines that fold back onto themselves, reconnecting forgotten areas and characters in unexpected ways. Blasphemous has an array of stoic NPCs with unique motivations and stakes--whether you're trying to ease the suffering of afflicted peasants or assisting a pilgrim struggling to complete his ill-fated pilgrimage, there's an emotional investment in figuring out how this nightmarish reality came to be. This investment is bolstered by the game's stunning visuals, which convey a sense of dread that feels increasingly palpable as new areas are introduced.

Blasphemous' impeccably detailed sprite artwork gives a greater presence to the grotesque monsters and locales that you'll come to know well throughout the journey. Nearly every area of the game features a climactic battle, which has you face off against some lavishly designed boss that offers a fun and challenging change of pace from the long hallways filled with monsters and spike-filled pitfalls. Most of these boss battles are a real standout in Blasphemous, which pit you against extravagant and grotesque monsters--like the giant baby who will rip The Penitent One limb from limb if you get too close to it. Many of these clashes are where the heavy religious imagery reaches its peak, making for some particularly gruesome fights that pull upon larger themes of repentance and sacrifice.

There's an impressive level of world-building in the game, and several essential items and artifacts throughout also feature unique bits of lore that flesh out the land's history. A few of the characters also have minor quests that can span an entire playthrough, some of which are entirely missable given how loose the game's sense of direction is. From the opening, and all the way to the climax, Blasphemous leans heavily on that familiar loop of exploration, discovery, and the ensuing trials by traversal and combat.

It's simple enough to get into the rhythm of trading steel with foes and leaping across perilous jumps, though you'll most certainly suffer from an inevitable death at some point--often in gruesome fashion. There are a generous amount of spawn points, and without the loss of currency upon death, death isn't as taxing as it seems. However, repeated deaths will accrue guilt, weakening your mana bar and currency gain. If you don't shake off the guilt by returning to your death-point or spending the funds to purge at guilt statues, your character will become significantly disadvantaged. This system is lenient enough that you don't feel too discouraged about death, yet it still inspires anxiety in life or death situations, such as a leap of faith across a bottomless pit.

Blasphemous' impeccably detailed sprite artwork gives a greater presence to the grotesque monsters and locales that you'll come to know well throughout the journey.

While these mechanics surrounding death are undeniably influenced by From Software's Souls games, Blasphemous isn't just a 2D Dark Souls experience. It shares more blood with classic action games like Castlevania and Ninja Gaiden, putting less of a focus on RPG mechanics and more on the in-the-moment action and platforming. The core combat and traversal systems are lean and very reflex-driven, and you'll spend most of your time honing your limited, yet still refined skills. One of the more satisfying moments can come from successfully parrying strikes with your sword, opening up a gory execution attack on your opponent. To give you more of an edge, you can boost your attributes with collectible relics and other upgrades, allowing you to stand against the tougher challenges with greater ease.

As you rack up new abilities, access to new areas opens up, revealing pathways from previous locations that can give you a renewed sense of appreciation for the world itself. However, while these new skills and tools present some change, the core gameplay of running, jumping, and slashing from the opening hour to the closing act remains mostly the same. Without any significant advancements to your skillset, later sections of the game come across as incredibly repetitive and, at worst, dull.

This feeling is magnified by how tedious exploration can be after getting settled with the lay of the land. While fast-travel points are present, they're few and far between, meaning you have to hoof it through long stretches of treacherous dungeons you've come to know inside and out. During these backtracking sessions, you continue to fight the same enemies with the same abilities. Moreover, you can easily fall prey to a stray projectile from an out-of-sight enemy, sending you careening down onto spike traps. This can be especially frustrating when handling particular tasks that require you to avoid death in order to complete them.

The lack of change in the overall flow is noticeable, especially when approaching the mid-to-late portion of the game. As the plot escalates, showing off increasingly spellbinding visuals, your tactics and the general flow see little change. This is disappointing for a game that prides itself on a core loop that's about revealing hidden details around you and overcoming more challenging foes. Still, I can't deny that Blasphemous presents an evocative setting that becomes far grimmer as it progresses.

Though it can be frustrating that its core gameplay never evolves past the often one-note rhythm of hacking and jumping across different levels, keeping it from reaching greater heights, I still came away impressed with how much Blasphemous stuck close to its haunting, dark storyline. To that end, playing through this send-up to metroidvania games was a satisfying trial to overcome in its own right. 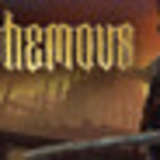 Alessandro played through Blasphemous on PC, finishing his first run in 16 hours. He's been a longtime fan of the metroidvania subgenre, his favorites include the Castlevania: Symphony of the Night, Super Metroid, and Aria of Sorrow. Review code was provided by the publisher. 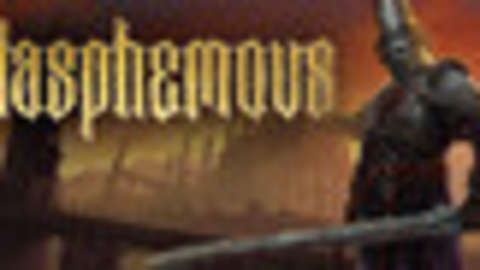