A strong start without a strong execution to carry it through.

The woods are easy to be scared of. It's difficult to reorient yourself if you get lost, with each passing moment bringing night closer and making an already unsettling wrong turn seem life-threatening. In Blair Witch, the woods are a character you have to fight against at every turn. Each cracking branch underneath your feet will startle you, every bit of movement in the distance trying to trick your senses into believing something is there. At its best, Blair Witch does a lot with very little to instill a strong sense of paranoia and dread, but it struggles to maintain that atmosphere throughout.

You play as Ellis, a former police officer that takes it upon himself to head into the infamous Black Hills Forest in Burkittsville, Maryland to investigate yet another child disappearance during 1996. Ellis is troubled; he suffers frequent panic attacks that allude to post-traumatic stress from his time in the military and the police force, and he's pushed away everyone who cares for him as a result. Ellis is the perfect candidate for the persuasions of Black Hills Forest, making his ventures deeper into the woods more perilous with each passing second.

To keep you from succumbing to stress and anxiety, you have Bullet--a gorgeous and loyal police dog given to you by your former sheriff–to keep you on track. Sticking close to Bullet keeps you calm and also lets you follow his helpful hints. Bullet will sniff out clues for you to inspect and trails for you to follow, making the labyrinthine forest easier to navigate. Bullet is also great at alerting you to imminent dangers nearby, barking at enemies lurking in the trees and unseen foes buried in a thick fog. In a way, Bullet's job is to escort you throughout most of Blair Witch's runtime, and it's truly disconcerting when he's not by your side.

Ellis' vivid and violent panic attacks are just one side effect of Bullet's absence, letting the horrors of Black Hills flood his reality and warp it. The woods themselves twist and turn, with trees overlapping each other to trap you in looping pathways or rearrange your understanding of where landmarks are. It makes it difficult to ever feel safe in any spot, since you don't know where to run should you need to. The general, overwhelming silence of the woods is undercut delicately with reverberating environmental sounds that heighten your sensory tension, making you jump at every little noise. Blair Witch achieves its most tense moments when seemingly nothing is happening at all, letting your imagination get the better of you just as Ellis begins to question his own sanity.

This doesn't persist all the way through, and it's Blair Witch's more surreal elements that don't quite stick. There are two types of enemies: those that burst into dust when you shine your flashlight on them, and those that you can't kill at all and have to avoid instead. When Bullet alerts you to enemies ahead, you can simply shine the light in the direction he's barking if they're killable; if they're immune, you can easily spot them as red outlines on your camcorder and sneak past them with little trouble. Either approach doesn't require much thought and neither of these encounters are that suspenseful, going so far as to remove you from the tension of the environment around you.

There's also the occasional puzzle as you venture through the woods, and although they are less intrusive to the overall atmosphere, they're hardly any more inventive than the enemies. The main puzzle mechanic works with your camcorder and red-labelled tapes, which in tandem let you manipulate parts of the environment around you. A massive log might be blocking your path ahead, but you're able to move it by rewinding a tape shot from the same location backwards a few seconds and continuing on your way. A locked door can be overcome in the same way, so long as you keep the tape associated with it paused at a point where the door stands open. The idea of manipulating time to your advantage is clever, but the solutions are so obvious that it's never satisfying to solve the puzzles they're attached to.

So many of these enemy encounters and puzzles disrupt the flow of navigating the eerie woods that they get in the way of its overall effect, as well as the story's pacing. Blair Witch doesn't tell a complex tale, and its twists are drawn out over such a long time that it's easy to see them coming way before they have any chance to land impactfully. Each narrative thread comes to a head in the final chapters, where the subtlety of the woods is replaced with over-the-top surrealism that attempts to quickly wrangle all the loose ends thrown at you up to this point. Their resolutions are disappointingly predictable, making the promise of "your actions are being watched" at the beginning of the game an empty one.

There are additional endings to see if you follow some incredibly strict rules on subsequent playthroughs, but the one you're probably going to see on your first run-through is likely the one that will stick with you. You're only given one big choice to make that is both obvious and has a tangible impact on one facet of the ending you get. The rest of the choices are almost impossible to follow without looking up what they are first, and even then, they seem more like mundane challenges than intelligent pivots for the story to make based on your actions. The lack of clarity in the choices makes subsequent playthroughs far less inviting, especially when the faint spark of new puzzles and unfamiliar scares is no longer there to entertain you.

For all the gripping tension that its setting instills, Blair Witch can't maintain its initially frightening atmosphere and ends up losing it entirely by its conclusion. It doesn't capture the paranoid horror of its namesake in the same way, partly due to wonky enemy encounters that tread on the ambiguity of its central antagonist and one-note puzzle-solving that rips you out of its meticulously crafted atmosphere. While it's still unnerving to have the silence of empty woods pierced by the alerted barks of your canine companion, Blair Witch can't recapture its tense opening moments and carry them through to a strong and captivating finale.

View Comments (56)
Back To Top
5
Mediocre
About GameSpot Reviews 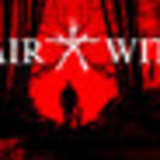 Alessandro got lost in the woods but always kept Bullet by his side during his six hours with Blair Witch. He always told Bullet he was a good boy and fed him treats, if only to try and forget about the foreboding darkness around him. Code was provided by the publisher.