It looks like Koei has finally exhausted Asia. The publisher best known for its takes on Chinese and Japanese history heads to Europe with Bladestorm: The Hundred Years' War. The game is a look at the bloody conflict that spawned a few classic Shakespearean plays and the legend of Joan of Arc. This shift to the West doesn't come without its problems, however. Although the number of troops that cross swords on battlefields is impressive and while the multigenre gameplay that blends action, strategy, and role playing holds at least the promise of innovation, way too much repetition mires the game in mediocrity.

Those expecting a French-English version of the Chinese carnage depicted in Koei's Dynasty Warriors series will likely be disappointed. Instead of the all-action theme of that franchise, Bladestorm throws a changeup that mixes melee madness with commanding companies of soldiers that range from knights and archers to pikemen and cavalry. Although you take the role of a mercenary seeking fame and fortune while observing battlefields from the standard third-person perspective, you go after your goals by taking charge of troops or fighting as part of groups. There isn't a great deal of strategy involved when playing general, however. All you have to do to take over troops is run up to the nearest company of allied soldiers and click a button. With one bellow, you've got a gang of pals willing to die for you. If only it was that easy in real life. Anyhow, the only difference between this approach and the typical solo actioner is that you have to make a brief pit stop to grab a bunch of guys to attack along with you, so you don't just charge enemy positions solo.

This rudimentary control scheme leads to Bladestorm's downfall in some ways. Commanding troops is so simplistic that you can just about forget that you're not alone. Buddies in chain mail follow you automatically, attack the closest bad guys whenever you hold down the right trigger, and make shared actions en masse at the drop of a button. Every action is so precise that it can be rather comical to watch. It's like you're part of a chorus line of medieval knights, all swinging swords and firing arrows in unison. Also, because you're just abstractly going into battle, you never get the direct, visceral satisfaction of pushing a button to drive a sword into an enemy's head. Even though it can be sort of cool to hit the shared actions buttons and see everyone in your company attack with swords or lances simultaneously, it doesn't have the immediacy of solo arcade fighting. You feel a step removed from the fray, which isn't very satisfying. And because there isn't much of a strategic component in battles to compensate for this odd distance between you and the action, you sort of get the worst of both worlds in that neither element seems to have been pulled off very well.

Battles themselves are also pretty straightforward in that they always seem to play out the same way. You just rampage across a generic French countryside in each mission, conquering one base after another until you reach the target settlement and take it out. There is little variety in your fighting, while battles are typically so loaded with troops and so chaotic that they come off like crazed mob scenes where you fight battles of attrition with little direct control over the outcome. You send your swarm of goons in against the enemy swarm of goons and then hit the shared action attack buttons every time that they regenerate. If your health drops perilously low, you pull back to the nearest allied base to heal up and grab a fresh company of troops, then head back to the front lines. Conquering enemy bases is somewhat satisfying because of the appearance of named enemies and commanders that add a personal element to all the mass carnage. However, even then, you're not taking on these foes in direct combat, so your level of fulfillment that comes from killing them is limited.

And for a game that attempts to depict some of the reality of fighting with huge numbers of troops, everything is awfully arcade-ish. Battles wrap at nightfall every day no matter what's taking place when the counter runs down to zero and the sun sets. You can be right on the verge of taking an enemy stronghold, have dozens of troops inside the walls, and then have to do the whole thing all over again the next day simply because it got dark. Aside from the annoying repetition that this forces, it just seems dumb, as if you're calling battles like ballgames on account of rain. Artificial intelligence is also anything but realistic. Enemies seem so reluctant to attack that they usually just sit back until you slam into them head-on. The only thing you really have to worry about is the high number of enemies. Sheer weight of numbers almost always rules the day, so you don't have to concern yourself unduly with smart attacks or even the rock-paper-scissors formula that governs how units battle one another.

A little depth between battles makes Bladestorm somewhat more interesting. You spend time preparing to take the field in a tavern, where the barkeep offers you contracts for upcoming battles. You also upgrade books covering different types of troops (organized by weapons used), buy equipment, purchase units and strength-buffing pennants for instant deployment in battles later on, or get the latest gossip from fellow barflies. Being able to custom outfit the types of troops available to command and their battle skills through books is actually pretty interesting. It makes you feel like you're really learning your mercenary craft and all of the personal equipment gives you the sense of actually controlling an alter ego. But these abilities aren't all that obvious in battles. Sure, it's great to buff the tackle skill of sword-wielding infantry. Yet all this really does is up the damage dealt out, so you don't see any obvious difference in how the game plays. And even though a story is told as you lay waste to medieval France, there is no rhyme or reason to your actions. Although you'll make it through the campaign quicker by sticking to one side, you can jump ship for whomever is offering the most money whenever you want, which eliminates strategic considerations when planning moves. Why bother thinking when the battles all play out the same way and there are no repercussions for swapping sides?

Frills are nonexistent in both the Xbox 360 and PS3 versions of the game. Neither offers up any multiplayer modes of play. Both are pretty much equally bad when it comes to video and audio quality. Graphics have been dialed back too close to original Xbox levels possibly because of the large numbers of troops onscreen simultaneously. So the game moves quite well on both platforms but isn't much to look at on either. Visual design isn't spectacular either largely because of a flat color palette that makes it tough to tell different types of troops apart and to read the minimap (which is also too tiny to use properly even on a 54" HDTV). Audio effects are of similar quality, with lots of tinny bombast involving swords smashing together and horses galloping. The only major difference between the two platforms seemed to be stability; the 360 game locked up on a number of occasions while the PS3 game ran without a hitch.

Even with such a solid, action-first squad-combat idea, Bladestorm comes off as only half-finished. Both the new gameplay concepts and the European setting need to be fleshed out more to really pick up on the promise shown here. 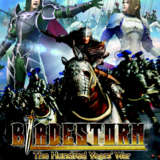 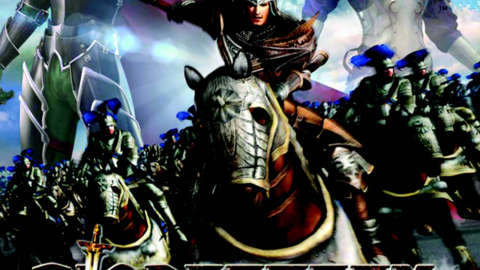 Bladestorm: The Hundred Years' War is set in medieval Europe and features vast teeming battlelfields in the tradition of Dynasty Warriors.

7.3
Sign In to rate Bladestorm: The Hundred Years' War