It's got some problems and takes some time to get into, but should otherwise appeal to players who've enjoyed previous hack-and-slash action games, or like the idea of them.

Blade of Darkness is a hack-and-slash third-person action game in which you can play as one of four different warriors, all of whom must do bloody battle with assorted forces of evil. The game follows in the tradition of similar fantasy-themed 3D action games that feature violent melee combat, such as Die by the Sword, Heretic II, Drakan, and, most recently, Rune. Blade of Darkness distinguishes itself from the rest of these with its selection of different characters, its motion-captured character animation, and its gore effects and lighting effects. It's got some problems and takes some time to get into, but it should otherwise appeal to players who've enjoyed previous hack-and-slash action games, or those who like the idea of them.

Created by Spanish developer Rebel Act Studios, Blade of Darkness has an immediately recognizable, rather unremarkable fantasy premise--just swords, sorcery, and the like. The setting and characters in the game aren't very distinctive, though they're still pretty fun. At the beginning of the game, you choose whom you want to play as: Tukaram, a heavily tattooed barbarian warrior; Naglfar, a burly dwarf; Sargon, a venerable knight; and Zoe, a lithe huntress. These characters look different from each other, have different preferences of weapons, and have different strengths and weaknesses in terms of power, agility, and defense. However, you control the characters in exactly the same way, and they really don't play that much differently from one another when you get down to it. The main difference is, depending on which character you choose, you'll end up relying on different types of weapons. And, each character takes a different course through the game.

They'll find plenty of weapons along their journey, including one-handed and two-handed swords as well as axes, maces, polearms, spears, and bows. Some of the weapons are even magical or poisonous. You'll also come across a variety of shields, which can be used together with a one-handed weapon to repel attacks. Shields are valuable, but when their durability is reduced to nothing and they break, they'll leave you vulnerable for a moment. Fortunately, two-handed weapons can be used, to an extent, in place of shields to parry oncoming attacks right at the last moment.

Being able to parry attacks is just one of the many fighting techniques available in Blade of Darkness. The combat system lets you input different key combinations to produce a wide variety of different attacks, but you must be mindful of your stamina, or you'll find yourself out of breath and a sitting duck. You gain experience as you kill enemies, and as you gain experience levels, you gain access to additional special attacks, and you get stronger and healthier. This system is more robust than that of most similar games, although it isn't quite as open as Die by the Sword's system, which lets you swing your sword arm in any direction by moving your mouse around accordingly. However, as in Die by the Sword, the combat in Blade of Darkness can take a lot of getting used to. The controls aren't immediately intuitive and don't seem very responsive, and it'll actually take you a while to get a grasp of the timing necessary to win battles. You'll often get frustrated with how your character will tend to step too far into every attack, inadvertently moving past the intended foe and exposing his or her back. You'll also find that it can be difficult to tell when your character is taking damage; there often isn't a clear visual or audible cue when you suffer a hit. Furthermore, each character's walking speed is inordinately slow. You have to double-tap the walk key in order to run, which is faster, but even the running speed can seem sluggish, at least for the larger characters. If you're more used to fast-paced first-person shooters, you'll find that it takes a while to get accustomed to the rather deliberate pacing in Blade of Darkness.

Then again, once you get into combat, the pacing definitely picks up. The battles in the game are challenging, because your opponents are fast, tough, aggressive, and even somewhat intelligent. Unfortunately many of these foes can be trapped into simple patterns, though you'll actually find that exploiting these patterns is often imperative to your success. However, doing so requires you to be fighting in wide-open spaces, which isn't always possible. When you're in tight quarters, the game's third-person camera angle has a tendency of panning in too close to your character suddenly, thus throwing off your timing. Fortunately, for the most part, the camera does a good job of showing you what's ahead; you just have to make sure and let nothing get behind you.

Blade of Darkness features some impressive special effects. Predictably, you can rend your opponents limb from limb. Severed appendages fly forth amidst plenty of arterial spraying, which pours to the ground in bright red splotches. At the same time, the death animations are motion-captured to be quite dramatic. Your fallen foes will put on quite a show before they come to rest on the ground--as will you, should your character be killed. Blade of Darkness definitely isn't for the squeamish, as your characters will even sustain noticeable battle damage as they take hits. You'll see bloody gashes start to show all over their bodies, though these magically disappear when you quaff a health potion--or eat a chunk of meat. Of further note, Blade of Darkness also has highly realistic lighting effects and object physics. Light sources such as torches and fire pits make realistic, flitting shadows appear behind all nearby characters and objects. Many of these objects, such as crates and barrels and the like, are breakable and shatter realistically when you hit them with your weapons. You can pick up and throw your weapons and other small objects, which ricochet believably. Your characters even remain just a few real-world inches off the ground when they jump.

The graphical effects in the game demand a top-of-the-line computer, and you'll need a relatively fast one even to get the game running. The graphics suffer from some clipping issues: For example, if you're bearing a torch and stand too close to a wall, the light source will actually vanish behind that wall until you move. Furthermore, some of the character models look rather awkward. In fact, most of the player characters in the game look a little stiff. The environments in Blade of Darkness look fairly realistic at a glance but are also often lacking in realistic detail or are otherwise too sparse. Fortunately, the sound in the game is quite good, and the voice acting performances are fairly well done. However, the frequent battle cries you'll hear in combat are rather repetitive even if they are effective, while the sounds of your weapons hitting true are a little too subdued, especially considering the rest of the game's graphic content.

Blade of Darkness is quite a long game, and its battles are often intense. But the actual levels in the game aren't all that interesting. You might find yourself getting lost in the uniform environments, and without any kind of compass tool to guide you, you'll just have to wander until you find your way. Finding your way often involves finding a necessary key or flipping some sort of lever, which is an old convention that seems overdone even the first time it comes up in the game. It's also worth mentioning that Blade of Darkness may be very difficult for some players, as some of the battles against stronger foes--let alone when they attack in greater numbers--can be brutal on those who are inexperienced with similar games. Unfortunately there's no option to adjust the difficulty of the game.

Finally, although a multiplayer arena mode is available, it isn't very worthwhile--it simply lets two players have at it over a network while up to six others wait their turn. Luckily, the long single-player quest and the four playable characters should give the game a good amount of longevity in spite of this.

Because of its visceral, action-packed combat sequences, Blade of Darkness should appeal to fans of similar games or those who like gritty high-fantasy battles. The control scheme takes getting used to and never really becomes second nature, and the game's mostly good graphics do have some noticeable shortcomings. Likewise, the combat can get somewhat repetitive, and you'll find that the four playable characters actually aren't as different as they first appear. Even so, Blade of Darkness makes good on its main promises: It's a bloody action game that lets you use a wide variety of weapons to make mincemeat of a wide variety of foes. In the end, if that sounds appealing to you, then you'll certainly appreciate the game. 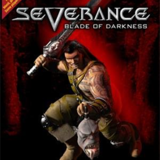 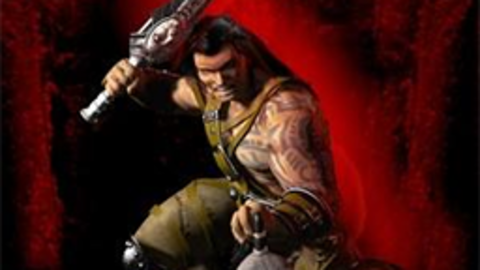 It's got some problems and takes some time to get into, but should otherwise appeal to players who've enjoyed previous hack-and-slash action games, or like the idea of them.