The next time you're having a bad day, consider the plight of poor Zurbaran. The lecherous mage might thrive on forbidden trysts and have an unhealthy attraction to prisons, but late in his travels he has an almost 89 percent chance to drown his enemies in pools of fire. And yet he misses. And when his shot at glory comes again, he misses again, but so do all the ruffians on his tail. Never has such a wizard suffered so much at the hands of numbers that should work in his favor.

Blackguards bills itself as a "dark" fantasy, but the shades of gray here match Dragon Age better than Dark Souls. Even its opening prison-break scene channels "lighter" games like Oblivion and Baldur's Gate II, and the two prisoners you bring along (Zurbaran is one of them) resemble flawed poker buddies more than villains. It's a rogue's tale, in short, and the wider narrative of clearing your name of a murder you (probably) didn't commit sometimes gets lost in the business of undertaking predictable side quests doled out by shopkeepers or gambling dwarves. That's not always such a bad thing, however, because the limited cast of voice actors does well enough with the roles despite a few shudder-worthy performances.

Blackguards manages to maintain some of its dark pretensions through a visual style that shows its strengths in battle maps and the screens passing for towns.

The story itself pleases more than it disappoints. I eventually grew to love the dwarf warrior Naurim more than most of his bearded cousins in other games, and I enjoyed the poignant moments bracketing the tedious chapter middles. Blackguards manages to maintain some of its dark pretensions through a visual style that shows its strengths in battle maps and the screens passing for towns (although they look as though some cameraman smeared a touch too much Vaseline on the lens), even if it falters on character models. The town maps themselves may be little more than lovely hand-drawn landscapes with clickable non-player characters for merchandise, healing, and the like, but they do a fair job of capturing the group's trek from familiar European-style settings to the tropical landscapes in the south of Aventuria. Developer Daedalic even squeezes some exploration into this pile of scattered images, although the constraints of Blackguards' design keep it limited to clicks on lighted dots on dungeons and the ever-extending map.

This narrow approach to exploration springs from the turn-based battles at Blackguards' heart. Every battle in Blackguards is a set piece, designed exclusively for key story events or side quests, and this specialized approach gives it an advantage over randomized tactical favorites such as XCOM. You see it most in the heavy focus on interaction with environmental objects scattered throughout the hexagonal grids, and in its best moments, Blackguards uses them to craft more rewarding battles than we recently saw in The Banner Saga. Crypt lice swarm from holes unless you cover their burrows with stones, mini King Kongs rampage unless trapped in special gates, and in one of Blackguard's most taxing early moments, a massive troll must be pulled through gas ignited with Zurbaran's fire. The clincher? Blackguards rarely gives hints on how to pull off these stunts.

Every battle in Blackguards is a set piece, designed exclusively for key story events or side quests.

Therein lies part of Blackguards' niche appeal. It doesn't flinch at overwhelming odds; indeed, it revels in them out of a belief that today's games suffer from anemic strategies to accommodate wide audiences. A fair point, and true, it delivers Dark Souls-style satisfaction when your little band of antiheroes overcome a swarm of better-armed foes. It's the kind of game that forces you to keep slamming your head into figurative brick walls so you'll think hard enough to find the trap doors that pass under them.

Pity, then, that it stumbles in the execution. Blackguards' challenges would be a lot more palatable if they weren't smothered by the absurd "miss and dodge" galas mentioned above, particularly in the first couple of chapters. Part of the frustration perhaps originates in the game's reliance on the pen-and-paper RPG The Dark Eye--more popular in Daedalic's native Germany than on this side of the pond--in that the dice rolls involved leave Blackguards' otherwise enjoyable tough scrapes far too grounded in luck. Worse yet are the many battles that jump from one to another with no chance to rest, or battles pitting you against multiple waves of enemies with no clue as to how long they'll last.

Blackguards' challenges would be a lot more palatable if they weren't smothered by the absurd "miss and dodge" galas.

Smartly leveling your character helps, but that in itself may prove a chore on the first playthrough owing to its open leveling system. The tutorials prepare you for so little of what's to come, in fact, that Daedalic is in the process of releasing videos demonstrating how to best use the three player classes of hunter, warrior, and mage. It doesn't help that the interface reeks of unintuitive design (save for an efficient radial menu for combat), or that Blackguards gives few clues as to how annoying weight stats grow as the gameplay matures. Elsewhere, key elements are rough. Offensive melee abilities remain far preferable to magic late in the game, particularly since Zurbaran spends at least two of the five chapters with little else besides variations on fireballs.

Blackguards' leveling system relies on the careful allotment of ability points earned from completing battles, which you then use as currency to raise stats, buy spells, or level weapon proficiency. Used right, the leveling system allows the creation of unique classes or a method of letting Zurbaran (for instance) counterbalance his shoddy mana reserves by earning crossbow skills. Use it poorly, and you find yourself saddled with skills for weapons that never drop or mages (the only magic users in the game) who can't heal worth a toss. Blackguards' set-piece design also means random encounters never pop up to allow grinding new points to replace misallocated ones, although side quests usually appear frequently enough to relieve the damage. The upshot? Blackguards is the kind of game that's best enjoyed on a second playthrough.

And there's the big question: is it worth suffering through all this a second time? It all depends on your devotion to the demands of its gameplay. Even a tumble through the first two chapters yields enough experience to justify starting over on normal difficulty, while a full playthrough should prepare most players for the seeming impossibilities awaiting on hard. And if you like a good story? The quality of Blackguards' story is generally good enough to justify tinkering with different choices to see how they lead to different outcomes. But make no mistake: this is a game aimed at the hardcore crowd seeking a good struggle above all else, and on that front, it mostly delivers. 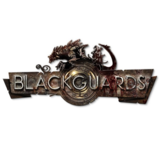 Leif Johnson always enjoys a good fantasy RPG, and Blackguards was no different. He admits he initially wanted to kill Zurbaran, but grew to like the fellow. For the purposes of this review, he completed one full playthrough and experimented with multiple builds in shorter sessions.