The dark side may be getting a bad rap.

It feels awfully good to be bad. Tactical role-playing game Blackguards 2 understands that letting out those inner demons to play a villain can be one of the most cathartic things about playing a game. In this case, Daedalic Entertainment taps right into the evil vein with a deliciously dark tale that glories in such black-hatted pastimes as taking slaves, okaying battlefield massacres, and hanging prisoners as a cost-effective alternative to feeding them. This unrelentingly grim plot personality is further enhanced with smart game mechanics and devious (if a little plodding) combat that offers challenges both on the battlefield and when tricking out your anti-heroes. Gimmick and gameplay are blended into a satisfying mix that comes out as a unique concoction equal to much more than the sum of its parts, especially if you occasionally like to walk on the dark side.

Blackguards 2's heart may just be two sizes too small. Like the game's early-2014 predecessor, The Dark Eye: Blackguards (despite the minor name change, this sequel still takes its rules and setting from the German pen-and-paper roleplaying game The Dark Eye), Daedalic Entertainment is once again offering up a bleak experience in which you play the bad guys in a single player-only campaign (the only mode of play). This time out the evil crew is led by new protagonist Cassia, a noblewoman who begins the game in a tough spot. Really tough. Instead of calling a divorce attorney, her kingly hubby Marwan has dumped her into a maze-like dungeon to be driven mad by loneliness or killed by the thousands of giant poisonous spiders that call the place home. Cassia manages to escape after four long years, but by the time she leaves her eight-legged buddies she's both crazy and facially deformed by the spider venom. Instead of adopting a cheerful, Rocky Dennis approach to the world, though, she turns into a cruel, raving nutbag obsessed with killing her ex and taking over the kingdom via using the worst people in the land as henchmen and recruiting a gang of brutal mercenaries to serve as her shock troops.

Not much here is played for laughs. Cassia is disturbingly insane. One of the dialogue options lets her talk to herself, which generally results in loony ramblings like "Everything is staring at me with eyes like thorns...they want to prick me to see if I bleed!" So, nuts, but certainly not in a ha-ha way. Cassia quickly turns into a gaming anti-hero for the ages. Her gang of lecherous, miserly, sadistic, and suicidal comrades are just as reprehensible, with a host of psychiatric disorders taken straight from the DSM-5. All are brought to life through lengthy and varied conversational options offered up constantly through the campaign during the hub camp and town screens between missions, when you can trade off between chatting with your murderous pals and shopping for gear. Personalities are well established through insightful scripting and impressive voice acting. All become distinct individuals in the end, although some of these distinctions are based on cardboard-cutout characterizations pulled from fantasy clichés such as the noble barbarian and the covetous dwarf.

Everything gets nastier as the game goes along. Cassia is regularly given the option to be extra dastardly through choices in which you can threaten prisoners, okay massacres, set up seductions, and hang prisoners after a battle because you don't want to spend any money on keeping them alive. That said, the main plot is something of a letdown. While Cassia and the other lead characters are certainly memorable, they are not particularly well-rounded. Too much is left unexplained, and even the story quests are convoluted. The main quest deals with something called the Melodies of the Creators, which are used to control monsters. Who are these Creators? What's their deal? Well, they're an "alliance of chimerologists," of course. Everything clear yet? The more the characters talk, the more obscure everything becomes.

Daedalic Entertainment taps right into the evil vein with a deliciously dark tale that glories in such black-hatted pastimes as taking slaves, okaying battlefield massacres, and hanging prisoners as a cost-effective alternative to feeding them.

One area where Blackguards 2 is crystal clear is its mechanics. The game is centered on the traditional tactical RPG formula in which you assemble a party of adventurers, buff them with various skills, spells, weapons, and gear, and then tackle a couple of dozen locales on a main world map en route to taking down Marwan. The progression is generally linear, with you choosing the next town or site to attack based on a brief description featuring its challenge rating and some basic information about what will be found there. Actual conquering, of course, is done through battles staged on turn-based maps laid out in hex grids similar to those found in games of similar ilk, from Heroes of Might and Magic through Disciples.

So, there isn't much originality here, although everything has been extremely well done. The basics of gameplay are acceptably basic. Characters come with three core skills in vitality, endurance, and astral, with only the latter needing a bit of added explanation (think mana). All of the menu screens are intuitive, so anyone with even the slightest bit of roleplaying experience will quickly be able to figure out the lay of the land here. The only misstep comes with the paper doll interface used for equipping characters, as there seems to be no easy way to compare weapons and armor to quickly determine whether you need to swap out gear for better stats.

The sole bit of complexity in Blackguards 2 comes right where it is needed, with extensive character customization options. Everything here is pretty much wide open. The system is entirely based on Adventure Points earned in combat. Accumulate these in battle, then take a break back in the static town menu screen hubs to spend them on five core skill groupings--weapon talents, skill talents, spells, special maneuvers, and special abilities. There are no classes or rigid levels; just a whole lot of choices that let you freewheel when it comes to crafting villains. Again, there isn't anything here that reinvents the wheel. Skills include the usual RPG amenities like dual-wielding, armor wearing, powerhouse blows, and ability buffs. The spellbook is loaded with standards that let you throw around fireballs, launch lightning bolts, toss up magic shields, and so forth. About the only tip to originality comes from some of the names. Lightning Find You! and Witch's Spit may have familiar effects, but at least their names haven't been cribbed from the usual Gary Gygax playbook.

Battles are equally well crafted. The battle-arena maps are cunningly crafted and the opposition is drawn from a range of human adventurer types and monsters. As with the story, the maps are dark, ominous, and leave a lot unexplained, to the point that they seem somewhat puzzle-like. The look of the game is nicely gothic, with a dark color palette livened up only by magical explosions. Maps typically feature something to figure out, and this usually ties directly into how to wipe out your enemies. Taking a good look at your surroundings before even placing your troops, let alone starting any combat, is essential. You might need to determine the purpose of suspicious hanging bells (dammit, they summon reinforcements), what the deal is with oddly stacked crates (ah, you can topple them onto enemies), or simply gauge the best time to choose the better part of valor and run away from respawning thugs instead of trying to get to every loot chest in the vicinity. The only sore spot is the limited camera, which is difficult to position properly to see the action and is frequently blocked by parts of the level architecture.

The challenge is reasonable on all difficulty settings--easy means easy, hard means hard--and it ramps up in a smooth fashion that allows your skill to grow with the game. Loot drops and the availability of cool weapons, armor, and magical goodies in shops is also steadily stepped up. Item progression is handled beautifully, in that just enough new gear is doled out per battle to keep you interested, while never straying into overkill Monty Haul territory. Pace is the one flaw. Maps are large and most spells and weapons do only moderate damage at the best of times (especially in the early hours). This results in lengthy battles that can be frustrating, especially when you're steamrolling the opposition and victory is a foregone conclusion. Taking an extra 20 minutes to dispose of a bunch of half-naked slaves who are nothing but fireball fodder is a waste of time for all concerned. A leaner and meaner campaign would have been preferable to the somewhat padded 20 or so hours featured in the campaign as it stands.

Sometimes, bad is good. Blackguards 2 may start off as a something of a bad-guy gimmick, but it soon transcends the wow factor inspired by the dark gothic setting and the baleful protagonists. Come for the evil, stay for the brilliantly realized and addictive tactical game loaded with depth and challenge. 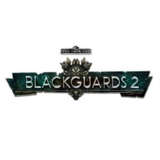 Slaughtering innocents and hanging peasants occupied Brett even more than usual this week, especially during the 20 or so hours he played Blackguards 2.