Getting through this thing called life

What is the difference between "complex" and "disorganized”? Black Desert Online purports to be complicated--and often, it is--but its abysmal interface and poor introductions to key systems leave you floundering in the early hours, and sometimes in the later ones, too. The rough localization doesn't help matters; non-player characters speak words you know, but string them together into silly sentences that almost communicate something--but not quite. Judging by the numerous melodramatic cutscenes, there's an intricate story in play, but making sense of it is as easy as making sense of Black Desert Online's heads-up display. Even if you're inclined to study every quest description and every line of dialogue in most online role-playing games, you'll probably abandon this approach and click through every quest-related chat, just to get it done with.

With these and so many other messes crying out for a cleanup crew, how is it that Black Desert Online is so absorbing?

Its success is in how it positions itself as a virtual life, rather than as a theme park. There are no instanced dungeons or raids. You can focus on quests and combat if you prefer, but it's when you explore and exploit Black Desert Online's trading and crafting systems that the game begins to click. When you let your entrepreneurial spirit grow, you are no longer the quest-givers' pawn, but a real citizen taking root in a digital home. You are a fisher, a horse breeder, and a farmer. You are a lumberer, a salesperson, and an economist. Similar games check off some of the same boxes--ArcheAge and EVE Online come to mind, among others. But Black Desert Online is just novel enough to capture your imagination, and you may adore it in spite of the game's own efforts to push you away.

As I write this, I am fishing. Well, my sorceress is, at least. You can actively fish, which involves casting your line (perhaps after applying a bit of bait) and performing a quick-time minigame when something bites. But sometimes, I leave my avatar at the shore and let her catch as much as she can until my fishing pole runs out of stamina and I have to replace it. Automated fishing takes longer than the alternative, but I can still feel as though I am accomplishing something, even if I want to take a stretch or make a sandwich. As for the fish I catch, what I do with them depends on my mood. I might dry them (drying is one of multiple ways you can process the items you gather) and sell them as is on the player marketplace; or perhaps I will stew up some fishy food by heading to my house and cooking some victuals at the stove. The result? A nice movement-speed boost for me, or for whomever I sell the concoction to.

The life-sim activities are hardly limited to fishing. I plant seeds in multiple gardens, water them and fertilize them if I want, and harvest the results. Sometimes, I use my hired workers to create bundles of wheat and pumpkins that I sell to traders, while other times I process the ingredients into something more nourishing. The wheat, for instance, can be ground up, then added to mineral water and shaken to create dough. The dough is useful for making meat pie for me and my customers, and exotic wine for my NPC workers, who must be raging alcoholics judging by how much booze they require to stay in top working condition.

Where most online RPGs let you access the same stash from multiple hubs, warehouses in Black Desert Online are local; if your hired miner in Velia has gathered iron ore you need in Heidel City, the most cost-efficient way to move it is to transport the ore yourself with a wagon you buy or build. In addition, earning the most profit involves performing similar wagon runs. And so the trading-and-transport process begins. You check your wagon out of the stable, where it spawns into a jumble of other players' horses. Then you drive into another mess of player transports, since you must be close enough to the warehouse to transfer the goods. Finally, you awkwardly turn around and make your five-minute trip, cursing developer Pearl Abyss for forcing you to drive so close to the warehouse manager, who does business in a tight space unfriendly to wagons.

That's Black Desert Online for you, though: throwing unnecessary obstacles into systems that are already complicated enough. My digital life feels a little less real and a little more tedious when I have to wade through a hodgepodge of horses with the word "parking" hovering above them, or when I lose all of my cooking ingredients because I added four mushrooms to my seafood salad recipe instead of three. I enjoy the slow pace of drying feathers in the wind, or driving my own pumpkin crates to sell in the next town over; it's the little frustrations that add up, many of them resulting from the sloppiest user interface in a genre known for sloppy interfaces.

I wouldn't call Black Desert Online "pay to win"--there's no competition to win, really--but its cash-grab tendencies are more blatant than in most such games.

Figuring out these mechanics is no mean feat, not because Black Desert Online doesn't attempt to teach them to you, but because its haphazard questing doesn't naturally lead you from one step of the process to the next. It's easy to miss introductory quests entirely, and you may trip over them a dozen hours after you've already figured things out on your own. But now my business has boomed, and I'm reaping the delicious fruits of my labors. When starting out, I was dumbstruck by the awesome, outrageous prices for the very best armor and accessories. Ten million silver? If only I could possess such riches. Now, with an effective trading network and a workforce of drunk giants mining ore for me, I'm hoarding my own millions. Up next: breeding horses. There's a demand for them, you know, and you can tame wild horses if you're up for that sort of thing.

Yes, this is a lot to take in, and I've excluded all sorts of other mechanics, some useful and interesting, and some not. Useful and interesting: investing in cities and farms in order to improve monster drop rates in particular regions. (You can never have enough equipment-enhancing stones.) Not useful or interesting: being limited by a currency called energy, which you spend with every tree you chop, every lizard you skin, and every rock you mine. When your guild begins a timed quest that sends every associate into the forest to chop wood, it's frustrating to cut down a few trees, only to realize you're out of energy and have to wait for it to replenish. Almost all crafting, processing, and gathering activities cost energy, as do engaging with NPCs in Black Desert Online's conversation minigames, and haggling with traders for better prices.

Why does this limit exist? You might argue that it encourages you to go out and fight monsters for a while, or that it contributes to Black Desert Online's authenticity; after all, chopping wood in real life does use up an awful lot of energy. More likely, it exists to drive you to the real-money store, another atrocity of an interface that introduces more currencies (pearls, loyalty, and Daum Cash) that you can spend on various items, including energy tonics. I wouldn't call Black Desert Online "pay to win"--there's no competition to win, really--but its cash-grab tendencies are more blatant than in most such games. For instance, in-game armor is drab and unvaried. If you're tired of seeing your wizard run around in a sea of similar-looking Gandalfs, your only recourse is to drop a wad of cash on a costume. By default, you don't experience the core RPG arc of seeing your character look more powerful over time; to look the part, you have to pay.

These are more messes for the cleanup crew, then. But this is my new virtual life now, and I can forgive the transgressions because I am rewarded for my mastery. It is a world in which I can have it all or just a part of it; it is a world in which I can be this, that, or both at once. It's is also a gorgeous world, one of the best-looking in the genre, marred only by some distracting pop-in. But what's a little pop-in in a game this rich in detail? You can practically smell Glish Swamp's fetid fog as it spreads across the marsh, and can only imagine what gross toxins lurk in the algae-coated water. The tall green grasses and towering pines lining the Demi Riverbank make the countryside look lush and peaceful. Visually, Black Desert Online is the highest of high fantasy. Imagine a pastoral landscape, and the game's depiction will be even more pastoral than that. Picture a fanciful flamingo, and the game's depiction will be even more fanciful.

Like other aspects of Black Desert Online, it takes some time to grow accustomed to the combat.

Flamingos may be beautiful, but their feathers are valuable, so the best flamingo is a dead one. Birds aren't the most frightful enemy you face, however: orcs, cultists, and colossal demons are just a few of your foes, and Black Desert Online makes battling them a delight. Thank goodness, too, since you spend a good amount of time grinding for valuable drops and performing "kill this, loot that" quests.

Combat is structured around the same kind of combos you might expect from an action game. You start with a few basic attacks, but as you level and earn skill points, you string punches, kicks, and magical incantations into dazzling displays of superhuman virtuosity. This isn't Bayonetta, so don't expect the same kind of depth or challenge. But it is consistently engaging and compelling to smack six orcs around at once while another party member spews lightning from her staff. Like other aspects of Black Desert Online, it takes some time to grow accustomed to the combat, but you soon become fluent in it. There's a logic and language to how individual keypresses combine into robust skills, and the resulting fluid animations are a fulfilling reward.

The game's quality-of-life issues come to the forefront out in the field, of course. "Oh dear--I'm out of inventory space again. Should I spend some cash for it?" "Oh dear--I want to skin this fox, but I'm out of energy." "Why is that enemy called a 'long orc'? Was it supposed to be 'tall orc’? And why am I killing the orcs' children?" Black Desert Online will attain greatness when it can provide good answers to those and other questions. Yet even now, it's hard not to heed it's call, which it sounds out the moment you enter its robust, genre-best character creator. I imagine that it will be even harder to tear myself away when player-versus-player siege wars are in full swing. Until then, there are plenty of fish to catch, plenty of demons to slay, plenty of meat pies to make, and plenty of coins to earn.

View Comments (163)
Back To Top
7
Good
About GameSpot Reviews 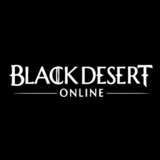 Kevin VanOrd is no stranger to massively multiplayer games, having played more than he can count--and having worked on one, too. He played about 80 hours of Black Desert Online, and promises they weren’t all spent fishing. When he isn’t busy making more games, he writes about them here and there. His favorite MMOG of all time is Anarchy Online. There will probably never be an Anarchy Online 2, but he can always hope. Kevin is currently work with Cleaversoft as a designer on Earthnight.