Black Bird pits you--a young girl turned into a demonic bird--against overwhelmed cities in a frenetic side-scrolling shoot-em-up. Humorous sensibilities and gleeful chaos capture the frantic fun typical for the genre, but the charms are short-lived. With a mere four levels (and an unlockable remix mode), your bombing fantasies wrap up after just 20 minutes, leaving you plenty of time to ponder what ruffled that mean bird's feathers.

The cities you conquer are teeming with the lives of the ordinary people who live there. A mustachioed man on the sidewalk turns the crank of a pipe organ while his neighbors chatter happily away on a nearby balcony. It's only when you spew forth a stream of deadly bullets that the danger bells toll. The militia attempts to thwart your attacks with slow-moving arrows from precarious sniper spots or whatever vehicle they can leap into. The hot air balloons of early stages give way to jetpacks and missiles as you get deeper into your killing spree, flooding the screen with bright red projectiles that mean your death if you stray too close. The tried-and-true action is enlivened by the personality of the characters and the dramatic music, but once the sheen wears off, it's clear there isn't much depth to the action.

Aside from upsetting ordinary life in spectacular ways, the goal of each stage is to blow up the guard towers dotted across the city. These bases take more shots to destroy than the average enemy, and while you're unloading your arsenal into these hotspots, the local army is gathering its force to ensure your victory is not easy. Dodging their attacks isn't that difficult because Black Bird goes easy on the projectiles compared to a teeth-grinding, bullet-hell shooter, but there's enough danger to keep your hands sweaty and your attention engaged as you swerve recklessly through the air.

There isn't much in the way of strategy, though. Your gun automatically becomes more deadly as you progress--adding bigger bullets and shots that move diagonally--but there's no way to decide the upgrades yourself. And the vortex bomb power-up that deals massive damage in a pinch is too limited to fill that tactical void. The best shoot-'em-ups allow for deeper tactics, often by giving you control over weapon upgrades, which lets you inject your own personality into the killer proceedings. Without more options here, the only real strategy is to shoot the attackers while avoiding getting hit yourself, and that's not much to sustain your fun long term. With every run feeling very much like the last, a crushing sense of deja vu soon becomes your biggest enemy.

Stages circle in on themselves so you can fly over one well-protected tower, keep moving in the same direction, and then reach your mark again with fewer defenders in sight. This retreat-then-attack strategy works well because enemies materialize whenever you stay in one spot for too long, but you never feel as if you're wasting time by flying away from your target. The cities are jam-packed with bonuses and secrets to boost your score and extend your life. Blowing up neon signs or spinning windmills are neat diversions that build on the goofy presentation that is so prevalent throughout the adventure.

Even the enemies themselves are funny rather than threatening. The second boss is a chicken head perched upon a tank that spews projectiles, for instance. Filling its beak with bullets while avoiding the bouncing balls it spits out is much more charming than gunning down an ordinary fighter jet or attack helicopter. All the enemies have this off-kilter personality that keeps the game feeling light and carefree even amidst the most hectic moments.

After shooting down the boss on the fourth stage, you open up a true mode that bumps up the difficulty and adds new enemies. Bosses aren't too difficult the first time around, but once they're equipped with more attacks and a bit more speed, they go from being pushovers to genuine roadblocks. Although Black Bird never reaches the agonizing difficulty of other shoot-'em-ups, true mode offers a good challenge for those who want to be smacked down a few pegs.

Ultimately, though, the game isn't interesting for long. At first, I was frustrated that dying meant restarting from the beginning. But after seeing just how quickly I could reach the end once I knew the enemies' patterns, I could understand why death is so punitive. There just isn't a great reason to keep playing once you've seen everything. Sure, there are high scores to chase and alternate endings to unlock, but the stages don't allow for the diverse tactics that would make striving for a better ranking so exciting. After you've blown up those neon billboards once, the thrill wears off, and you're just going through stages by rote without having to put much thought into what you're doing.

It's a shame Black Bird is so shallow, because the core action is so appealing. The lighthearted atmosphere and sharp controls make it a joy to wreak havoc on the unprepared people and the difficulty hits a nice sweet spot where it provides a good challenge without ever being frustrating. I would have gladly spent more time in this sepia-toned world if there were more stages and more strategy, but with such meager offerings, I'd fly right by Black Bird.

View Comments (2)
Back To Top
5
Mediocre
About GameSpot Reviews 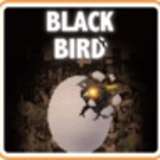 Tom finished up Black Bird in less than 30 minutes but plugged away for more than five hours to climb ever so slowly up the leaderboards. A Switch code was provided by the developer for the purposes of this review. 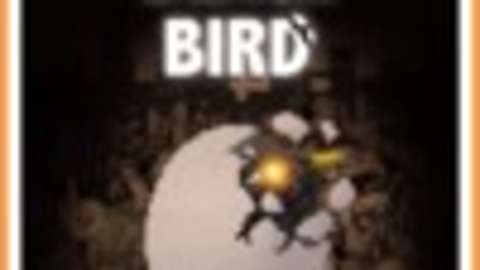