Episode 1 of BioShock Infinite: Burial at Sea isn't a story that sheds new light on BioShock lore, but is rather a story that stitches together two worlds in ways that don't enhance either of them. The original BioShock's underwater objectivist dystopia known as Rapture was a unique and fearsome place, a testament to the chaos and uncertainty that emerges when man worships himself at his own altar. BioShock Infinite's floating city of Columbia was both a monument to manifest destiny and a tombstone marking the human empathy that perished when the city was born. Burial at Sea uncomfortably merges the two worlds, and diminishes Rapture's enduring legacy in doing so.

Burial at Sea is about moments. Beautiful moments, sad moments, perplexing moments. They often tug at your heart or stimulate your imagination, but fail to coalesce into a lucid whole. The opening is such a moment. Elizabeth enters Booker DeWitt's office, but she is not the Elizabeth you once knew. It is December 31, 1958, a storied date in Rapture's history, and Elizabeth is not a wide-eyed young woman, but a femme fatale who slinks into the room seeking Booker's assistance. Booker lights Elizabeth's cigarette with his bare flaming finger, rather than a lighter. Elizabeth blows smoke from the side of her mouth and shows Booker a photograph of a young girl and the girl's doll. Elizabeth wants Booker--that is, you--to find this girl. You, too, know this girl, and her identity is the mystery that catalyzes this short, story-driven adventure.

It's a cryptic opening that shares thematic ties with BioShock Infinite: again, you are off to find an unknown girl for reasons that you don't yet comprehend. Striking visuals and sounds at first intimate suspense. Elizabeth's high heels clatter on Booker's wooden floor, and the office's half-closed window blinds cast a band of shadows on the dingy wall. And when Booker follows Elizabeth out of the office, suspense is briefly replaced by nostalgia. You are not in Columbia, but in Rapture. No gods or kings. Only man.

This is not the largely abandoned Rapture of BioShock. It is alive and thriving. I was drawn in at first; this was a side of the city I hadn't seen. Men in bowler hats discussed the philosophies of the day ("What does Ryan say? Petty morality? You can keep it"), and women occupied themselves by applying makeup outside of busy department stores. But it soon became obvious that these people weren't living in this world, but functioned only as audiologs, created for my consumption. Of course, you could say the same about the citizens of Columbia, who spoke their lines only when you neared them, and otherwise remained in their poses, silent as mannequins.

The result is an adventure with fantastic sights and sounds that don't come together in a meaningful way.

The difference is that BioShock Infinite was an entirely new world, and overheard conversations were part of the discovery process. As one aspect of a fully imagined adventure, BioShock Infinite's dialogue contrivances barely registered with me. In this 90-minute side story, I was struck by how scripted the conversations were. This is because I had discovered Rapture already. As wonderful as it was to see a vibrant city nearing its inevitable collapse, these people weren't telling me anything I hadn't heard before, or giving me new perspective. They living automatons parroting the same themes of individual righteousness that BioShock had already fully explored. The idea of melding the universes which contained Columbia and Rapture sounds fascinating because of what new insights into the human condition it could offer, but Burial at Sea fails to delve further than the series has already gone before.

Nonetheless, there's true power in seeing known characters and places in a novel light. Again, Burial at Sea is about moments. An angelic walk down a sterile white corridor turns to horror as you come face-to-face with performance artist Sander Cohen, whose painted mustache and piercing brown eyes remain ever menacing. I will remember his theater for its red velvet curtains, its stoic audience members, and its smoky air--not to mention, for the horrors that I witnessed there. I will also remember Burial at Sea's ending, though not just for its symbolic and visual impact, but also for how plainly the game telegraphed it.

On the whole, however, Burial at Sea comes across more as a who's who of Rapture than as a powerful story on its own. And I say "story" rather than "game" purposefully: combat is more of an afterthought here than it has ever been in the BioShock games, and the action elements aren't easy fits in a world that wasn't thematically or architecturally designed for them. Granted, vigors are called plasmids here, but there's no obvious explanation for why they're named as they were in Columbia, or why they differ from the original BioShock's plasmids. This alteration is an overt contrivance, given how Burial at Sea otherwise goes out of its way to present its version of Rapture as otherwise adhering to the history we've already learned. And even outside of thematic and historical concerns, characters don't always act in consistent ways. For example, after urging you to turn a valve, Elizabeth then acts shocked that you've turned it, even though it was her request--and even though the game requires that you do it to continue.

Soon after you arrive in Frank Fontaine's derelict department store, you find gear that allows you to perform melee attacks on splicers from a good distance away, which makes Burial at Sea remarkably easy. Nevertheless, there are other methods of killing your foes, including a new weapon called the radar range, which looks like a desk fan and emits beams of deadly energy. You can also take splicers down from above: BioShock Infinite's skyrails and skyhook take on new names, but they function the same here as they did in Columbia. They're significantly less enjoyable to use in the confines of Fontaine's store, however, where there is too little space to traverse, and no open vistas to instill the joy of grinding the rails. Elizabeth's ability to tear holes into space-time and bring helpful objects like gun turrets and ammo stashes into existence is also an odd fit: Elizabeth provides a brief explanation, and Booker immediately starts to order Elizabeth to create tears, as if he innately understands the full extent of their potential in a matter of seconds. This unwieldy cramming together of elements that don't mesh comes to a head in the final boss battle, during which taking to a skyhook can result in a quick demise for reasons that aren't readily apparent.

BioShock Infinite's ending implied an endless multiverse of possibilities. Infinite men. Infinite worlds. Infinite stories of oppression, self-discovery, and redemption to tell. Columbia itself is an intriguing place soaked in history and delusion, with a lifetime of tales its citizens might have told. Rather than telling those tales, Irrational Games focused on a flawed what-if scenario and crafted an equally flawed story to fit it. Burial at Sea seems a prime example of the tail wagging the dog, and the result is an adventure with fantastic sights and sounds that don't come together in a meaningful way.

View Comments (517)
Back To Top
5
Mediocre
About GameSpot Reviews

Kevin VanOrd is an unabashed BioShock Infinite lover, and completed Burial at Sea - Episode 1 twice. His first playthrough was on the Xbox 360 at the San Francisco offices of a PR agency. He later played the PC version in the GameSpot offices.

Other Takes on BioShock Infinite

The original BioShock is one of Tom's favorite games ever. He will most likely love any game that tells a fascinating story and uses the mechanics to build on those themes.
Read Review 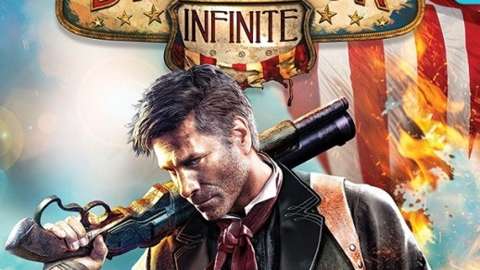 BioShock Infinite is a first person shooter where players assume the role of former Pinkerton agent Booker DeWitt who is sent to the flying city of Columbia on a rescue mission to save Elizabeth, who has been imprisoned since childhood.