You may occasionally find yourself longing for the levels and graphical style of the original game, but the new model doesn't disappoint in any way.

Bionic Commando is one of those old, fondly remembered NES games that stays in your mind long after you complete it. Capcom's side-scrolling shooter has never really spawned a sequel. There was an old, black-and-white Game Boy conversion of the NES game that added a few new features, and it was a nice touch, but a whole new game would have been a lot nicer. Nintendo's in-house development team apparently felt the same way, and the result is a game that borrows heavily from the original game and isn't really a true sequel, but the mostly new game keeps all the important aspects that made the original great while pushing the Game Boy Color hardware to the limit with amazing animation, colorful graphics, and speech.

The story has remained the same. Commander Joe is missing behind enemy lines, and it's up to you, as one of two bionic commandos, to find him. You're sent in with only a gun and your bionic arm, which you use to get from place to place. You can't jump in Bionic Commando, so the only way to catch air is to grapple on to the ceiling with your arm and swing from place to place. Your arm is also good for climbing as well as poking enemies, stunning them in the process. As you move from level to level, you'll earn new items, including new armor, weapons, and communicators, which let you contact headquarters and wiretap enemy transmissions. Fans of the original will remember the hassle of accidentally going into an area with the wrong communicator. Thankfully, you can now switch your inventory in the communication rooms, so you'll never be stuck listening to static.

Graphically, Bionic Commando is really quite impressive. The characters have tons of frames of animation, so everything from running to swinging from your arm is extremely fluid. The game is more colorful than anything else on the system, and everything, from jungle backgrounds to the still pictures that display between levels, looks incredible. The sound keeps up with the graphics, delivering catchy tunes, excellent sound effects, and a smattering of speech.

Simply put, Bionic Commando is a must-own Game Boy game. You may occasionally find yourself longing for the levels and graphical style of the original game, but the new model doesn't disappoint in any way. 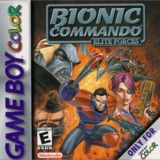 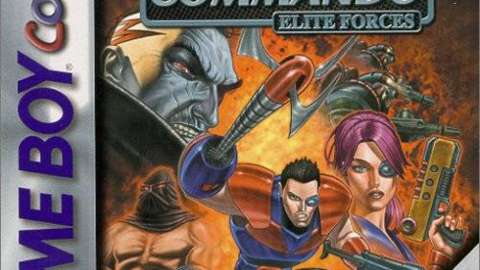 You may occasionally find yourself longing for the levels and graphical style of the original game, but the new model doesn't disappoint in any way.