Biomutant presents a different take on the post-apocalypse, but a forgettable story and uneven gameplay hold it back.

Biomutant's post-apocalyptic open world differs from the norm, even if it's guilty of adhering to a few familiar tropes. The remnants of its neglected towns are still populated by dilapidated buildings and roaming bandits, and its overgrown roadways are littered with the burnt-out husks of abandoned vehicles. But Biomutant also utilizes a vivid color palette that makes its verdant fields and picturesque red mountains pop with the kind of striking vibrancy that's rarely associated with the apocalypse.

Throw in some furry anthropomorphic creatures, and Biomutant's character design and general style is certainly atypical of the genre. Yet it also consists of a mishmash of fairly obvious influences, from a Breath of the Wild-esque structure to combo-driven combat that's similar to Devil May Cry, and other familiar elements from the likes of Fallout, Max Payne, and Borderlands. It's a flavorful petri dish, for sure, and there are plenty of uneven and drab aspects to its overall design and structure. The mixture between old and new ideas doesn't always sit right, but Biomutant also manages to carve out its own identity amid its many inspirations.

This begins with the character creator, as you step into the flocculent skin of one of the aforementioned creatures--an odd hybrid between a squirrel, rat, and any other scurrying critter that comes to mind. Choosing a breed affects your starting stats to a certain degree, and you can pump points into specific attributes if you fancy, say, dealing more melee damage or increasing your chances of bartering with merchants. If this sounds like your typical by-the-numbers RPG progression system, it's because it is. There's some personality to the character creator, as your body shape will change depending on which stats you opt to emphasize--big head for intellect, big biceps for strength. Ultimately, however, your starting attributes aren't especially significant. You're able to put 10 points into a category each time you level up, so it's easy to build a fairly well-rounded character within a few hours.

The final part of creating your character involves picking a class, which impacts both your starting weapon and the addition of a unique skill. The Commando, for instance, inflicts 10% more damage with ranged weapons, while the Psi-Freak gets access to a lightning attack that otherwise isn't available to the other classes. These aren't game-changing skills, and you'll be swapping out weapons by the dozen in no time at all, but they do add a smidgen of variety to subsequent playthroughs.

The latter example is also one of the few instances where Biomutant will lock you out of using a specific ability. Even if you pick a class such as the rogue-like Saboteur, you're still able to use Psi-Powers and Biogenetics and wield any of the available weapon types, so there's plenty of freedom to play the game how you want. The only other time you're unable to unlock certain abilities is when you come across Psi-Powers that are dependent upon your Aura alliance. Biomutant's Aura system is split into light and dark sides, with good and bad deeds affecting your standing in each. It's a typical morality system, with your deeds and dialogue choices impacting how other characters see you. You're not locked into either light or darkness once you start going down one path, so there is some flexibility to play as a morally grey character and dabble in both sides of the spectrum.

In truth, the majority of your choices have an insignificant impact on Biomutant's story. The biggest decision you'll make occurs within the game's first hour, as you're asked to align with one of two tribes. While the obvious light-sided tribe wants you to unite the other clans and defeat four deadly Worldeaters to save the world, the dark-sided tribe would prefer if you did the opposite by conquering the other clans and defeating the Worldeaters to cleanse the world and start anew. This essentially sets up your overarching objective and impacts the ending you'll get if you decide to stick to your chosen path, but doesn't change the missions you'll embark on to get there. Beating the Worldeaters and capturing the other tribe outposts makes up the bulk of the game either way, and the narrative just isn't interesting enough to make your choices feel meaningful.

The story contextualizes your progression and gives you a reason to push on, but there's little else to it. The presence of an amiable narrator is a nice touch, and this omniscient voice does add a dash of personality to the game. Aside from occasionally chiming in with destiny-centric tangents, the narrator also acts as a translator for every character in the game. It's an unusual method of storytelling that alters the dialogue so that a character won't directly ask you for help--rather, the narrator will say something along the lines of: "She explains that you need to gather wood to repair that building." This makes conversations inherently amusing, at least initially, but it does mean characters struggle to stand out, considering they all share the same voice. The writing doesn't do the cast any favors in this regard either, with most characters existing just to spew exposition and lore before sending you on a fetch quest. It's clear that a lot of effort was put into fleshing out the backstory of this post-apocalyptic world--or at least throwing in as many kooky names as possible--but being told about it via a verbal salvo that foregoes any sense of character isn't an engaging way to absorb it, particularly when adopting a "tell, don't show" approach.

Unimaginative mission design compounds the story's shortcomings, as your quest to defeat all four Worldeaters always boils down to a formulaic back and forth. The general structure is decent enough, with the Tree of Life looming high in the center of the map--its mammoth roots jutting out in four distinct directions. There's a Worldeater waiting at the end of each root and a supporting character that's willing to help you reach them. The problem is that the way you reach each one is always the same. You meet a character, they reveal the vehicle you need to use, then you're sent to grab a part they need to get it working, and repeat. The vehicles themselves offer a nice change of pace, with a hulking mech and gun-toting speedboat on the agenda, among others. But the journey's always short and quick, making the Worldeaters feel anticlimactic. It's also a tad odd that you spend the game building up your own character, only to defeat the game's biggest foes while behind the wheel of various vehicles.

Combat is fun in short bursts, too, although it takes a couple of hours to find its footing. The reasons for this are three-fold: both the dodge and parry mechanics require some time to get the hang of--the automatic lock-on is inconsistent--and your starting moves and weapons are underwhelming. Once your arsenal opens up and you attain a few more combos, the combat begins to find its groove, albeit one that's dictated by routine. You're always equipped with both melee and ranged weapons, and each weapon type has its own simple combos. If you perform three different combos in the middle of a fight, you can enter a state of Super Wung-Fu, where you're able to pummel enemies with a rapid barrage of attacks, soar through the air in bullet time to rain down shots or deliver a devastating ground pound to disperse crowds. Combat is built around reaching Super Wung-Fu, so most fights consist of the same three-combo routine. This isn't necessarily a bad thing, but your repertoire of combos isn't particularly expansive, so you're regularly using the same moves over and over again.

Psi-Powers and the mutated Biogenetics add more variety to combat, allowing you to blaze a trail of fire or encase yourself within a Mucus Bubble that enemies will helplessly stick to. Judicious use of slow-motion also gives your attacks a sense of tangible impact, and the relatively infrequent nature of combat works in its favor when it comes to staving off repetition. In between flights, you're incentivized to explore Biomutant's open world with promises of loot. Each location even features a convenient checklist so you know if you're missing anything.

Although you'll occasionally find new weapons and armor when scavenging through the wreckage of derelict buildings, loot is more geared towards attaining better materials, since the best weapons in the game are the ones you make yourself. Biomutant's crafting system is dynamic, with an almost limitless amount of concoctions available for you to build. The items you make are essentially repurposed garbage, as you use whatever rusty contraptions you can get your hands on, whether it's an oversized toothbrush that was previously attached to a billboard or the handle of a broken vacuum cleaner.

Experimenting with different combinations that shouldn't work is part of the crafting system's charm, and provides you with a sense of ownership over your nonsensical invention. Having said that, both melee and ranged weapons are split into distinct categories, such as one-handed slash, automatic rifles, and so on. The weapons within these categories don't feel all that different from one another, which does take some of the shine off the crafting system. Charging into battle with a new weapon that has enhanced damage numbers is still inherently satisfying, however.

Biomutant often has these moments, where its systems don't quite cooperate and you end up with something uneven. While combat is fun in moderation and the crafting system is bizarre in all the right ways, the flip side of this is dull and monotonous quest design, a forgettable story, and hollow morality. There's still an enjoyable game here, but a lot of unfortunate caveats come attached to that statement. Yet while it might not always hit the mark, Biomutant is an ambitiously flawed game from a small studio, and the games industry could always use more risky endeavors like this one.

View Comments (183)
Back To Top
6
Fair
About GameSpot Reviews 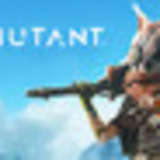 Richard finished Biomutant's story in around 12 hours before going back to play more side-quests and see the dark side choices. Review code was provided by the publisher. 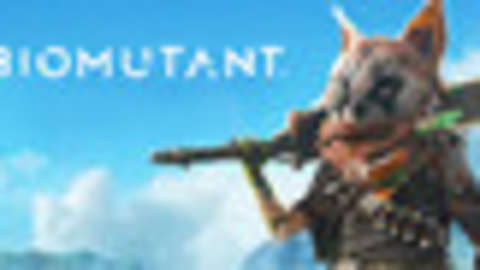