"Cute" is the most appropriate way to describe Billy Hatcher and the Giant Egg, though "frustrating" may also come to mind as you make your way through the game.

With games like Sonic the Hedgehog, Samba de Amigo, and Phantasy Star Online under its belt, Sonic Team has established that, if nothing else, it's capable of conceiving some colorful, visually striking characters. Billy Hatcher and the Giant Egg, Sonic Team's latest platformer, carries on this tradition with aplomb, creating an adorable protagonist and an equally warm-and-fuzzy world for him to run around in. Indeed, "cute" is the most appropriate way to describe Billy Hatcher and the Giant Egg, though "frustrating" may also come to mind as you make your way through the game.

The fittingly nonsensical story of Billy Hatcher and the Giant Egg follows Billy Hatcher, a young boy who has, almost at random, been given the power of the legendary rooster suit by one of the chicken elders. With this funny-looking costume at his command, Billy is charged with the task of ridding Morning Land of the evil crows, who have imprisoned the rest of the chicken elders. Without the chicken elders there to coax the sun out of its slumber with their crowing, all of Morning Land will remain in darkness forever. The story plays out with a certain level of sincerity, never really acknowledging the extreme silliness and absurdity of the whole situation. The closest the game comes to an ironic nudge-nudge is that you're rewarded with a "courage emblem" by a giant chicken upon completing a goal.

The world of Morning Land is divvied up into six different stages, each with its own unique theme, most of which are pretty predictable--there's a forest stage, a fire stage, an ice stage, and so on. There are initially five different goals within each stage, though that number increases as you progress through the game. The specifics differ slightly from stage to stage, but most of these goals remain largely the same throughout. Each stage kicks off with finding and freeing that stage's chicken elder. The second goal will likely have you scouring the area, looking for specific items to collect or destroy, and the third goal has you hunting down the stage boss.

The other goals, which are mostly extracurricular, will challenge you to defeat a certain number of enemies within an area, to collect coins in a set amount of time, or to make your way to a specific point within the level. Though each goal may seem different, in actuality you'll be doing the same types of things in the different stages. Even the boss fights tend to rely on the same basic mechanics, requiring you to run circles around an arena, dodging attacks until the boss reveals his weakness. As a small aside, Billy Hatcher also features a four-player battle mode where you face off against your friends in an arena, but there isn't a whole lot of depth to this feature, and despite being one of the three main menu options, it's not really that significant an addition.

If the gameplay mechanics were really polished and enjoyable, a certain amount of repetition would have been just fine--but the mechanics of Billy Hatcher are just a little too clunky. Billy is pretty much worthless on his own and is only able to run, jump, and climb up ledges. In order to launch any sort of attack, Billy needs eggs--giant ones, preferably. Luckily, the game is absolutely brimming with eggs. Simply walk up to an egg, and Billy will start pushing it around the level. You can use eggs to attack enemies, either by simply rolling over the enemies with the egg, using the B button to throw the egg at an enemy, or using the A button to perform a jumping attack. Once you've taken out an enemy, it will leave behind some fruit. Roll over the fruit with your egg, and your egg will increase in size, causing attacks to deal more damage but at the cost of moving more slowly.

Once an egg reaches a certain size, Billy can let out a little cock-a-doodle-doo with a tug of the right shoulder trigger, and the egg will hatch. Some contain egg animals--kissing cousins to Pokémon that you can use to attack enemies and access level-specific areas. You'll also find special hats that alter Billy's abilities, giving more power to his attacks, making him impervious to fire, giving him a double jump, or allowing him to roll around while balancing on top of the egg. Sometimes you'll find one-use power-ups that can restore health or make Billy invisible for a limited time, and sometimes you'll find nothing at all. You can always tell the contents of an egg by the pattern on the shell, and though you'll do some guessing early on, eventually you'll be able to recognize the different types of eggs on sight.

The previously mentioned jumping attack can also be used to reach areas that Billy wouldn't be able to reach on his own, though this is also where one of the game's major frustrations comes to light. If both Billy and the egg don't land entirely on the platform you're aiming for, Billy will simply let go of the egg, leaving it perched up on the ledge. This is usually just annoying, as it requires you to backtrack slightly and find a new egg, but if the platform happens to be surrounded by lava or water, then you've just needlessly lost a life. There are other situations where Billy will just walk away from the egg, such as if you suddenly move in an opposite direction, or right after you land from jumping, forcing you to bring everything to a screeching halt and get Billy back behind the egg. The core concept behind the use of the egg may be novel, but its implementation here just isn't good enough.

Billy Hatcher and the Giant Egg has a good look, one that's bright, colorful, and cheery in a way that lets you know it was produced by Sonic Team. The levels are sizable, and though the level themes are generally pretty well-worn, the game uses nice-looking textures to give them an appealing look. Billy looks and moves in an exaggerated fashion that works seamlessly with the rest of the game's visual design, though he's also very reminiscent of past Sonic Team characters, to the point that he could probably sneak into the next Sonic the Hedgehog game without anyone really thinking twice about it. Some of the enemies aren't as inspired or well-crafted as Billy or the world around him, and you'll often find yourself fighting wave after wave of brown or purple lumps. But Billy Hatcher's biggest graphical weakness is its inconsistent frame rate, which rears its head pretty early on in the game and becomes a much more significant issue in later levels. While the game is able to render big environments and large groups of enemies without breaking a sweat, lighting and particle effects, such as a filtered sunlight effect or a snow effect, make the frame rate absolutely freak out, which detracts from the game.

The sound design in Billy Hatcher and the Giant Egg furthers the game's cutesy atmosphere with lots of chicken-themed sound effects and theme music that is so simple, cheery, and nefariously catchy that it has a way of burning itself into the brain of anyone exposed to it. Though none of the level music really reaches the same level as the main theme, it always maintains a certain chipper, upbeat feel. The voice work for Billy doesn't seem to have been changed from the Japanese version, which means that he regularly bounces between Japanese and rough pidgin English, and it just doesn't seem to quite fit.

Billy Hatcher and the Giant Egg is not Sonic Team's finest work. Save for the peculiar mechanics of the giant eggs, it falls back on standard 3D platforming mechanics more often than not. Those not deterred by the game mechanics will likely find the heartfelt adorability of the game too saccharine to handle. If anyone had high hopes for the franchise possibilities of Billy Hatcher, this isn't the game that's going to convince the world that it should care. 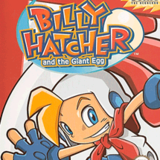 Billy Hatcher and the Giant Egg
Follow
$99.96 on Walmart
Buy 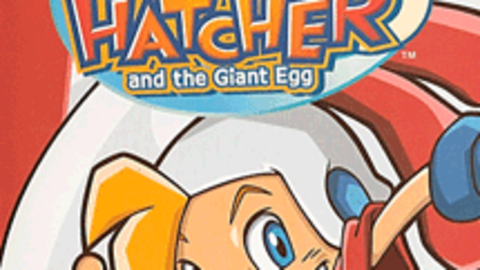 Billy Hatcher and the Giant Egg

"Cute" is the most appropriate way to describe Billy Hatcher and the Giant Egg, though "frustrating" may also come to mind as you make your way through the game.

7.1
Sign In to rate Billy Hatcher and the Giant Egg