Though there haven't been a great number of games about the world of professional trucking, recent years have seen a notable increase in the number of truck driving games for both consoles and the PC. Most of these games, however, tend to revolve around truck racing and never really dive into the fascinating lifestyle of the pro trucker. Big Mutha Truckers, a game by UK-based developer Eutechnyx, tries to remedy this by combining a simulation-style, economy-based gameplay system with the campy, over-the-top characters and storylines that have been so prevalent in previous trucking games. Unfortunately, Big Mutha Truckers falls short of successfully achieving this goal and thus never fully reaches its potential.

The story of Big Mutha Truckers goes something like this: Ma Jackson, an over-50 renowned and well-respected trucker, is finally retiring from her longtime profession. Now that she has chosen to hang up the old gearshift, however, she has to find someone to take over the highly successful family trucking business. Ma Jackson has decided that one of her four children (each apparently from a different father) will take the reins of the business, and she wants to hold a contest to see who is most worthy. Each of her kids must set out on a 60-day trek throughout the game's various cities, delivering items and making as much money as possible. The one with the most money at the end of the game is the winner and gets ownership of the business.

You begin the game by selecting one of Ma's four kids--Rawkus, a slick, well-dressed ladies' man; Bobbie Sue, the daisy-dukes-sporting daughter; Earl, a gruff and slovenly sufferer of an apparent overeating disorder; and Cletus, the slack-jawed dimwit. Once you've chosen your trucker, Ma will give you a brief tutorial on how the game works. To earn cash, your job will be to haul merchandise between the game's cities; but it isn't as simple as just picking up items and then driving to the next town. In order to make a profit, you'll have to keep tabs on what sort of merchandise is popular (or in some cases, direly needed) in each town.

To do this, each time you make a delivery, you'll want to stop by a local bar before leaving town. The bartender always recognizes you and, after a bit of chitchat, will slip you a tip on what kind of merchandise you should pick up and where you can sell it off for the highest profit. Aside from the standard delivery missions, bartenders will also occasionally charge you with a special mission from one of their regular customers. These are usually time-based missions, where you'll have to go deliver a certain number of packages or destroy a set number of cars before time runs out. Some of these missions can also be played out separately in the game's mission mode, but really, once you've done them in the story mode, there isn't much need to do them again.

Purchasing and selling merchandise is done at each city's local store. Here you can buy any number of things, ranging from refrigerated products, to cattle and hogs, to cell phones, to pesticides. Each store is different in terms of its pricing, both for items sold and items purchased there. Obviously the goal is to buy as low as possible and then sell high, so in order to monitor pricing, the game uses an arrow system to let you know how that store measures up against the competition. Green arrows indicate good selling prices but bad buying prices, and red arrows indicate the opposite. If you find yourself without enough cash to buy a needed item, there are various loan sharks and other types of financial planners hanging about at the local bars, who will gladly dish out some instant cash, but at an extremely high interest rate. You can also play slot machines at the bars, but only for minimal amounts of money.

Aside from just amassing loads of money, you'll also have the option to purchase upgrades for your truck at each town's resident garage. There are multiple types of upgrades to choose from, including fuel savers, better air brakes, bigger cargo holds, better shock absorbers, louder horns, and a rather large spoiler, just to name a few. Aside from standard upgrades, you'll also be purchasing fuel at the local garages, as well as repairs for damage sustained while driving and custom logos for your truck (including ones you can design yourself), and you can trade in your trailer for another, depending on what type of cargo you're transporting--liquid cargo requires a tanker, while perishable items will need a refrigerated trailer.

When it comes to driving the trucks, Big Mutha Truckers begins to stray away from the simulation aspects of trucking, pulling more in favor of an arcade feel. The game's basic controls involve an accelerator, a reverse button, and brakes. As you drive, you'll periodically have to change gears via the gearshift button, but only between low and high gear. As far as the actual handling of the trucks goes, when you're playing with a PC keyboard, the game feels extremely loose, and trying to control the trucks becomes almost an impossibility around sharp turns and in areas that require sudden stops. Using an analog controller evens out the control a bit, but the trucks are still a little squirrelly.

Much of the game's driving by itself is pretty straightforward, but there are some distractions to keep you busy as you travel to each destination. For starters, at the beginning of most every day, you'll be challenged to a race by a boastful and seemingly evil trucker, looking to improve his or her reputation. They'll lay down a wager based on what you have in your bank account, and then tell you to pick a location on the map. The races themselves aren't extremely eventful, as all the evil truckers drive essentially the same way, and once you've figured out how to beat one, you can pretty easily beat them all.

The biggest hazards you'll find yourself dealing with involve traffic on the road. Most cars are pretty easy to dispatch just by crashing into them. However, wrecking into certain cars, such as police cars and bikers, will effectively start up a minigame of sorts. For the police cars, your task will simply be to lose the heat, either by smashing up the cars that are already chasing you, or just by trying to elude them altogether. Bikers will try to take you out in a few different ways, either by slamming into you, shooting at you, or actually jumping onto the back of your rig. Once they've latched on, you'll have to swing your truck from side to side to get rid of them, otherwise, if they make it up to the cab of the truck, they will steal your trailer, and you'll lose your current load. These mini-missions are actually pretty cool, and it's really a shame there aren't more of them, as they really add some much needed variety.

Graphically, Big Mutha Truckers doesn't fare too well. The best looking thing about the game is easily the surrounding world you drive around in. Backgrounds, buildings, and other various set pieces all look nice, with some well designed interactive elements and a good overall look and feel. The game's vehicles, unfortunately, are slightly more hit or miss. The trucks all look pretty good, and animate about as they should, but CPU cars are all rather bland looking, and there isn't much in the way of varying types, so you'll be seeing lots of repeat traffic. The most offensive looking aspect of the game, however, is clearly its character models. While the basic concepts seem to be sound, all of them look really badly rendered, with lots of misshapen body parts and lackluster movements that seem more lazily designed than anything else in the game. We played Big Mutha Truckers on both a high-end and a midrange PC, and we found that the game performed almost equally well on both systems. Rarely did we see any difference in frame rate, though there was more notable draw-in and a slightly darker overall look to the game on the midrange PC.

The game's audio presentation is about on par with its visuals. Voice work in the game is largely relegated to conversations between your chosen trucker and the various shopkeepers and bartenders you interact with. Each trucker has his or her own set of specific conversations that will come up with each character, so you'll get some unique dialogue depending on which trucker you choose. Unfortunately, the actual voice talent used in Big Mutha Truckers is pretty unimpressive, and you won't find yourself having a lot of desire to sit through lengthy conversations. Disappointingly, the game's dialogue is also really lacking in the "trucker-speak" department, shying away from the unique lingo commonly associated with CB radios. The game also has a fairly good-sized soundtrack that can be accessed via your truck's radio. There are five different radio stations in the game, including country, rock, talk, and two dance stations. Most of the talk-radio proves to be an amusing distraction; unfortunately, the music stations don't fare nearly as well, as the majority of music on the soundtrack feels extremely out of place. With the exception of "Born To Be Wild" by Steppenwolf, and some of the country tracks, the rest of the soundtrack is evidently made up of British alternative rock and techno, and really has no business being in this game.

The saddest thing about Big Mutha Truckers is that it earnestly tries to be a fun game. The mechanics of the game's economy are actually fairly well put together, and do provide a surprisingly deep level of gameplay. Unfortunately, the game's arcade elements aren't done well enough to ever balance with the simulation elements, and the end result is a game that's too wacky to be a sim game, and too simulation-based to be an arcade game. PC gamers looking for a fun trucking experience would perhaps do well to pick up a copy of last year's Hard Truck: 18 Wheels of Steel and just ignore Big Mutha Truckers. 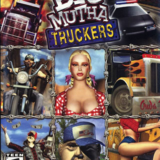 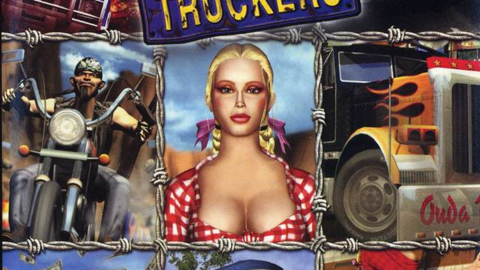