Who knew qualifying for the Olympics could be so difficult? Instead of a worldwide competition crafted around ideas that fit in with the modern gaming landscape, this is just an archaic compilation of mostly old, painful gameplay techniques that wore out their welcome decades ago. Not only do many of Beijing's events focus on the sadistic control method of rapidly tapping two buttons until your fingers burn, but the unfathomable difficulty of the early rounds makes the experience almost as grueling as training for the real thing. The few redeeming elements only squirt a few drops of perfume on the overwhelming stench of the rest of this game.

Though all 36 events in Beijing 2008 have some problem, the biggest issue is the ridiculous attributes system you use to level up your team during the qualifying rounds. For some reason, you control a group of athletes who are slow, weak, and embarrassingly out of shape. By winning qualifying events, you can pump points into categories such as power, speed, and stamina. This is in sharp contrast to real life, where competitors show up to the games fully prepared to face off against the best in the world. If you fail to achieve the goal for the day (such as placing in three of the five chosen events), you are branded a failure and have to start that day all over again. Since you are athletically inferior to all of your opponents, you'll find yourself bringing up the rear over and over again.

Every event in Beijing 2008 that involves racing is agonizing. The 11 swimming and running events all require you to repeatedly slam on the buttons to gain speed, which is not only painful but fairly unresponsive as well. Anything that requires pure speed--such as the 100-meter dash--is nearly impossible. After you take your mark, you'll have to anxiously wait for the starter pistol to blast before you can begin. The problem is, there are no audio or visual indicators to tell you when the gun will fire. You have to keep count in your head, which means you will often find yourself starting well after the rest of the pack or suffering a disqualification for jumping too soon. Cycling has the honor of being the worst of the included racing challenges. You have to rotate both analog sticks for more than four consecutive minutes, a technique that is the polar opposite of fun.

Other sports have their real-life depth completely stripped away, replaced with a mediocre rhythm game. Most of the gymnastics program suffers from this insultingly simple mechanic, making them not only far too easy for anyone familiar with the genre, but extremely repetitive as well. There are only three different routines (easy, medium, and hard), so there is little reason to partake in these endeavors more than a couple times. The high jump is a mirror image of the floor exercise, which shows how ill-advised this control scheme is. The diving events ask you to spin the analog sticks to match the balls circling your diver. Not only is this extremely tedious, it in no way captures the extreme focus needed by real-life competitors. These shallow excursions are so distant from the real thing it's almost laughable.

Even the tutorial is a failure in Beijing 2008. The rules of judo are never explained, so you'll have to figure out on your own what terms such as "yuko" and "ippon" mean. Not that it matters much--you'll just be matching directional arrows most of the time. The skeet-shooting tutorial tells you to pull the trigger to fire but never explains how to actually hit the clay pigeon. You'll have to figure out on your own that you have to swing your gun while you fire and, unlike in real life, you're not supposed to lead the target. The pathetic learning tools make these simple events overly complicated.

There are some events that are utterly impossible even after you learn the necessary strategies and level up your athlete. Kayak is a cruel joke. You have no control over your tiny watercraft. Even if you somehow manage to pass through the appropriate gate, the game often won't register your success. Table tennis is just as pointless. Your giant body covers up an insanely high percentage of the table, making it impossible to see the ball if it's coming directly at you. A higher camera angle or translucent character would have fixed this problem, but in its current form, it's painfully bad.

For all the gameplay faults in Beijing 2008, at least the graphics are fairly sharp. The athletes are large, detailed, and animated well enough to make you believe for a moment that someone really is running a 15-second 100-meter dash in real life. The pre- and postevent replays and posturing by the competitors shows off their fine detail, but the monotony of seeing the same canned animations every time only makes this superfluous eye candy another annoyance. Having to tap buttons during the competitions is bad enough; doing it before and after every event merely to skip through the worthless extras is just excruciating.

If you enjoy laughing at others' failures, there is a modicum of fun to be had in the multiplayer mode. Either online or off, you can choose exactly which events you wish to compete in; but like everything else in this game, this comes with its own drawbacks. The majority of these events are turn-based, so you'll spend most of your time simply watching other people curse and fail. Plus, the game isn't smart enough to ensure direct competition in one-on-one events. If you play two-player table tennis, you'll each have to defeat a few computer-controlled opponents before you can square off against each other. 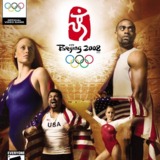 Beijing 2008: The Official Video Game of the Olympic Games
Follow
$34.21 on Walmart
Buy 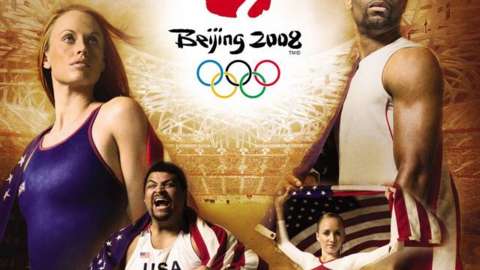 Beijing 2008: The Official Video Game of the Olympic Games

Compete in over 35 Olympic events and try to win gold and glory.

4.9
Sign In to rate Beijing 2008: The Official Video Game of the Olympic Games