Unfortunately, none of Beatdown's interesting design ideas were executed well, leaving you with a game that feels half-baked and suffers from terrible pacing.

Beatdown: Fists of Vengeance sounds, at least on paper, like it should be a fantastic update to the tried-and-true beat-'em-up formula. You can freely roam about a city, recruit sidekicks through bribery or force, rob and interrogate people, take on foes using a fighting game-style combat system, learn new combos, and much more. You'll also be able to change your character's appearance to avoid detection from police or rival mobs. Unfortunately, none of these interesting design ideas were executed well, leaving you with a game that feels half-baked and suffers from terrible pacing.

Beatdown's story involves five members of a moblike outfit run by a man named Zanetti. You arrive at the scene of a drug deal to find that everyone involved is dead. Your little group ends up getting double-crossed and splits up in order to escape the heat from your own gang (who thinks you've turned on them), rival gangs that want you dead, and the police, who are also after you. From there, each character's storyline goes on its own arc as you explore the dingiest depths of the city of Las Sombras, trying to clear your name and escape the heat that's been put on you.

You'll begin by heading to a local bar that serves as a safe house of sorts. The friendly bartender there offers you expensive, but health-replenishing drinks, as well as side jobs you can do for money. As you gain experience and level your character, not only will you gain points to spend on three different role-playing game-like attributes, but also you'll have the ability to learn new moves from the bartender and other characters. An informant in the bar gives you plot-related missions to carry out at the start of the game, so once you get tired of roaming around the city and engaging in side jobs or random fights, you can do what she says to advance the storyline. As you roam around the city, you can find vendors and other non-player characters who may offer you information, join your gang, offer you missions, or become hostile as you approach them.

The catch to walking around the city is that the police and rival gang members recognize you more and more as you bump into them. The recognition meters are registered crudely in the top corner of the screen as percentages. If one of these reaches 100 percent then it will result in a forced fight each time you run into a cop or rival gang. In order to throw enemies off your track (so you can walk around freely without fighting), you must constantly spend money at vendors to change clothes, hairstyles, and even get plastic surgery. This becomes burdensome over the course of the game, as it encourages you to avoid coming close to any NPCs for fear of raising your recognition meters. Even then, it's impossible to avoid NPCs sometimes, so the whole recognition mechanic ends up becoming a massive waste of money and time. In effect, you're discouraged from exploring and talking to new NPCs, which seems completely counterintuitive for a game of this type.

Each of the five characters in Beatdown has his or her own fighting style. Some are quick, while others offer brute force and power. The fighting engine offers a decent amount of depth. There's a punch and a kick button, so tapping them in certain sequences will unleash combo moves. There's also a block button and a grab button, which you can use for grappling, throwing, and disarming enemies. Enemies will pull out weapons from time to time, and there are also weapons lying on the ground, so if you can manage to pick one of these up, you can do some serious damage in a hurry. You're also able to equip an item (such as a weapon or health-replenishing food) in each of two quick slots that you can access during a fight.

Depending on the sort of fight you're engaged in, the fights in the game can offer different kinds of experiences. Random street battles are more like Final Fight--any sidekicks you may have will fight autonomously (albeit not very well) alongside you, distracting some of the opponents you may be up against. Each enemy has a visible health bar that you'll need to whittle down, and you can freely move from opponent to opponent. As you build a rapport with your sidekicks, you can perform two-man combos, but for the most part, these are more trouble to pull off than they're worth. Once all the enemies are down, you can loot their bodies for cash and items. The plot-related fights are one-on-one affairs, more like your standard fighting game. Your sidekicks stand aside while you take on enemies one at a time. Sidekicks only engage in plot-related fights if you go down. You can also pick fights with neutral NPCs. These are one-on-one fights also, but usually with a twist. Instead of knocking out your opponent, you can reduce your enemy's pride meter to zero if you're winning and before he's dead. Once the enemy's pride reaches zero, you can grab him, which then opens up a menu of options. You can force your enemies to work for you as a goon, rob them of money, interrogate them for information, or just beat them down for experience.

These moves and fights all seem pretty cool, but much like everything else in Beatdown, they sound a lot better than they actually are. In practice, the fights get repetitive and you can win a lot of them without too much thought by mashing on buttons. Interrogating random NPCs is usually pointless, as they don't offer any useful information unless interrogation is part of a specific mission that you're doing. While the excessive blood and extreme violence of the fighting might appeal to some, for most people, the shallow feel of the fights and the illusion of open-endedness will wear thin quickly. The worst part of all this is probably the pacing of the game, which is extremely stilted. While there are a number of zones and subareas to explore in Las Sombras, entering into a new zone, shop, or even a fight will incur a short loading time. If isolated, these transitions aren't so bad, but since you have to do so much exploring and fighting over the course of the campaign, the constant loading becomes irritating rather quickly and keeps you from getting into the story or into any kind of flow with the game.

Visually, Beatdown isn't all that appealing. The city of Las Sombras isn't very big, and every area of town somehow doesn't feel complete. The lack of visual cues above your head, as well as the confined spaces, makes the entire place feel more like a movie set than it does a real city. The character models offer a respectable amount of detail and animation quality, but the game does suffer from clipping and camera issues, as well as muddy textures and an uninspired art direction. From an audio standpoint, Beatdown has a relatively sparse soundtrack that isn't particularly memorable. There's some speech in the game, but most conversations are still done through plain text. The little voice acting that is available is full of cursing and adult language, which isn't bad in and of itself, but when combined with the quality of the writing, it just seems forced in order to fit the game's gritty theme. The most irritating aspect is that your character always says the same couple of things after winning a fight. After hearing the same taunt for about the hundredth time, you'll feel compelled to play the game on mute.

There is a versus mode available, but it plays out like any other plot-specific fight. You pick three characters and go up against one computer or one human opponent, and the match ends when all members of one team have been KO'd, much like Capcom vs. SNK. Of course, the fighting in Beatdown is nowhere near as fun. It's hard to say that this mode really adds all that much value to the game--you're better off playing a real fighting game if that's the sort of action you're looking for.

In the end, it seems like Beatdown tries to do a little too much. The idea of exploring a city and building up a gang while trying to duck your rivals and the police is appealing, but the way it's executed in the game leaves a lot to be desired. The features don't feel fully developed, and the constant load times you experience are frustrating. Rather than bringing the beat-'em-up genre into the modern age, playing Beatdown just makes you long for the simpler games of yore. 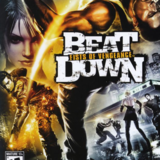 Beat Down: Fists of Vengeance
Follow
$19.32 on Walmart
Buy 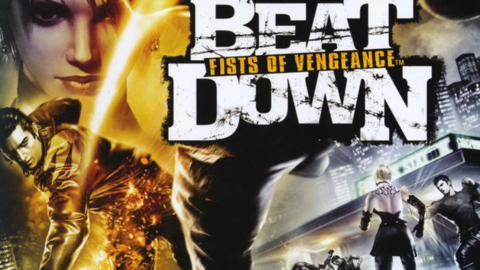 Beat Down: Fists of Vengeance

Beat Down: Fists of Vengeance lets you play as one of five fugitives seeking revenge against their enemies. To survive in the dangerous underworld of Las Sombras, you must find allies, earn money, and prove yourself in street battles.

6.8
Sign In to rate Beat Down: Fists of Vengeance